Now you're in for a treat.
I had the chance to interview professional sculpture, Tony McVey.
Tony's worked on, of course, Star Wars. He's also done plenty of other work in pop culture.
Have a read, and I'm sure you'll be interested.
(Thanks Tony!) 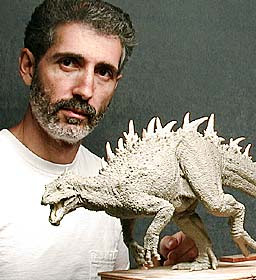 1. How do you become a professional sculpture on one of the biggest movies franchises of our time?

Before being hired for Return of the Jedi, I had spent the previous year working on Jim Henson's puppet movie The Dark Crystal. When I was done with that, I and a co-worker flew to Los Angeles and interviewed at some of the visual effects companies in Hollywood, and then drove up to San Francisco to talk to Phil Tippett, who at the time was setting up a workshop to create the puppets and costumes for Jedi, and he hired both of us.
I'm sure the many months we'd spent on Henson's project was a contributing factor, but I had also sculpted two characters for Ray Harryhausen's Sinbad and the Eye of the Tiger and since Phil and Ray were long time friends, I suspect that may also have been an element in his decision.

2. What differences did you experience between Star Wars: Episode 6, and Episodes 1 & 2?

I worked for about a year on Jedi, compared to a few months on Phantom Menace and Clones, and in contrast to finished puppets and costumes for the former, only did character maquettes and one scanning model (Yoda) for the other two. 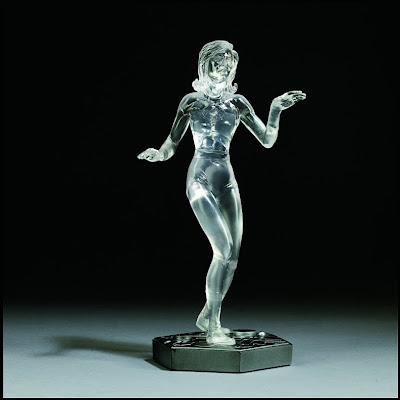 3. Have you ever attended a Star Wars convention? I hear the fans can be a bit out there.

I've never attended a SW convention, but I've heard all about them from co-workers who have.

4. What was it like on the Star Wars sets?

All the live action filming was done either in the UK or Australia, and I spent all my time in the creature workshop, and was never required on set, although I did get to see some of the blue screen model shots done on the insert stages at ILM.


Well, for the past 3 years I've been working on a number of movies for director Bob Zemeckis; Beowulf, A Christmas Carol, Mars Needs Moms and most recently, a brief period on the remake of Yellow Submarine for Disney.
At present, I'm working on my own stop-motion science-fiction series and hope to have the first episode completed by the end of the year. 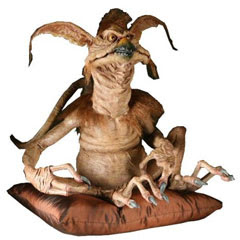 Thank you for your time with this inteview Tony.
I wish you all the very best. I hope my readers' enjoyed the interview too.

What did you think of this interview? Please comment, or email me directly at mgbouw@yahoo.com.au
Regards,
Posted by Straight To DVD at 2:52 AM