I love it when I line up an interview, and the person being interviewed says, "Who put you up to this?" Haha.
It's that kind of humour that's the reason I interviewed Bobby Ray Shafer in the first place.

You'll find Bobby as Bob Vance in The Office.
And now on to the interview.... 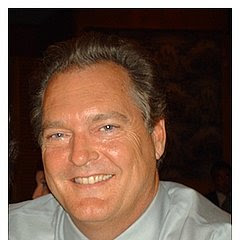 1. You’ve appeared on some of TV’s greatest shows. From an actor’s point of view, how do you feel about this?

I have? Really? Which ones? But seriously, it's an honor, because it means that you're getting to work with some of the best and brightest. Also, the next theater playbill bio and/or the L.A. Times obituary should read pretty solid. "Too bad he's dead! Look at these credits!"

2. You’ve been in comedy, drama, and even more comedy. Which do you prefer, and why?

Comedy is more fun, but drama allows you to journey into heightened emotional realms. It's a far easier day romping about with Steve Carell as Michael Scott at Dunder-Mifflin than having your fingers cut-off and watching your family members murdered as I did in the upcoming home-invasion thriller: 'KNIFEPOINT.' But they both have their rewards and satisfactions; though the dramas (and violence) have a way of taking longer to recover from both physically and emotionally. 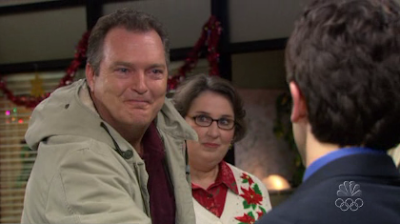 3. What has been your favourite show to work on, so far?

4. Can you tell us about acting work you have been involved in, outside of TV?

I've done thirty films and dozens of commercials and theater productions. Years ago, while bar tending at Nicky Blair's on Sunset (see Jack Nicholson's: 'THE CROSSING GUARD'), I met Telly Savalas, and I asked him for the title of a film that I had just seen him in (on late night TV) where he played a Confederate soldier hacking up people with a sword in a silver mine in Nevada. He looked at me and said: "Son, I've got no fucking idea which one it was." So I've always aspired to get to that level where you can't even remember all the parts. As Joe Ely sings it: "I've got no destination -- and I'm halfway there." 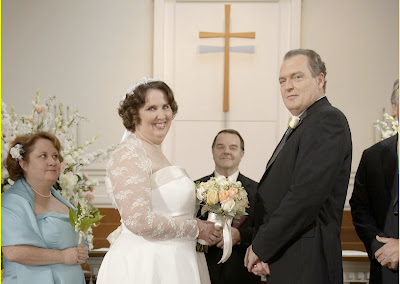 Next up is a feature film in Thailand entitled: 'KING OF VAMPIRES,' in which I play a German Mercenary. I have a TV series in development that I wrote entitled: 'THE DUKE'; about a P.I. who thinks and acts like John Wayne. D.B. Sweeney and I have an internet series that we're launching entitled: 'THE OPPORTUNIST,' which is a 'FUGITIVE' style scenario, and I'm also working on a feature-mockumentary: 'ALL ABOUT DICK,' wherein B-Movie Director Dick Dix does porn. And season 7(!) of THE OFFICE resumes shooting in July. My airplane disaster movie: 'TURBULENT SKIES' with Brad Dourif is being released soon and also look for the aforementioned: 'KNIFEPOINT.'

See Bob? Top you this was a legit interview. :)
Thanks a bunch for your responses. I thought they were brilliant.
Of course I wish you all the very best.

I hope my readers do too.
What did you think of this interview? Please comment, or email me directly at mgbouw@yahoo.com.au
Until next time.
Posted by Straight To DVD at 5:15 AM