Okay, now this interview is for the Star Wars fans who love to have light sabre fights. I'm sure you will dig just what Nick Gillard has to say in this interview. 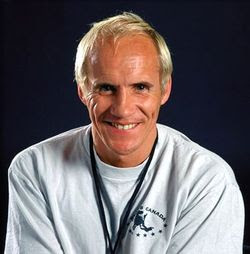 1. What design differences/advancements did you bring to the Star Wars light sabres?

We started on Phantom Menace with thick aluminum poles, very heavy, very clumsy, and they bent all the time, especially Ewan Mcgregor's who tends to hit very hard. So on episode 2 we spent a lot of time testing other materials and discovered a metal alloy called 'Derillium' which is used in the aviation industry, very strong and doesn't break, it also enabled us to reduce the circumference and weight. The one I use is 3 mm thick..

2. What can you tell us about the character, Cin Drallig?

He was more in touch with the Dark Side than most people think.. 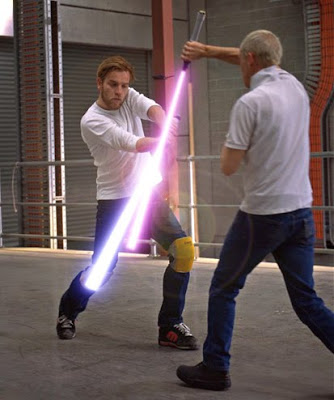 3. What was it like on the set of Star Wars?

It was a lot easier than some sets I have been on. The good thing about working on Star Wars is that you are working alongside some of the best people in the business, you also know that the Buck stops with George and not some faceless studio executive..

4. What's the most dangerous stunt you have performed?

Hard to say.. Jumping a 30 foot power boat over a bridge in Amsterdam. Being on fire for over 2 minuets. A 200 foot fall backwards. A lay out back somersault of a galloping horse. Jumping a car of a cliff.. They were all pretty dangerous..

5. I cant imagine a show like Agatha Christie’s: Poirot needing a stunt double. What stunt did you perform?

Can't remember to much as it was a long time ago.. I remember we had to crash a 1930s Aston Martin Lagonda without damaging it which took a bit of planning.. 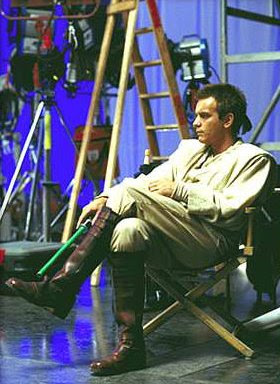 Whew! After that interview I'm going to need to sit down.
Move over Ewan!

Thanks for your time with this interview Nick.
All the best.

What did you think of this interview? Please comment, or email me directly at mgbouw@yahoo.com.au
Posted by Straight To DVD at 3:00 AM