I really hope you guys enjoy this next interview.

It'd be a hoot for me to find that you've gone out and rented Amercian Psycho, based purely on this interview with Krista Sutton.

1. Your reflection is on the movie poster of American Psycho. How do you feel about that?

Well, first off, to be a part of that movie, with that cast and with director Mary Harron, was a thrill -- so, to have my work "live on" on the poster was a really cool bonus. This was a groundbreaking film and that scene became so controversial and recognizable...for it to be used on the poster and in press as a lasting image for the film made sense. I am proud to have been a part of it in any way.

Mary Harron and her design team were exacting from what I saw. Every minute detail was scrutinized to portray the 80s in the most authentic way... so a long discussion could take place about an ashtray. I remember being nervous about the chocolate ("Varda Truffle?") we were eating and the PRISTINE white set which represented "Patrick Bateman's apartment". It was interesting as well (for the short time I was there) to watch Christian Bale and Mary work. They were a great, intense team...debating each moment in the story and in the characters. Exciting to watch. Christian Bale stayed quite inward and in character...you would have to, with that role. During filming of "the" scene it was a "closed set" and very respectful and professional. It was an intense scene so there were some moments where we blew off steam and laughed a little but mainly we were concentrating on what we were trying to portray and to do our work as actors. 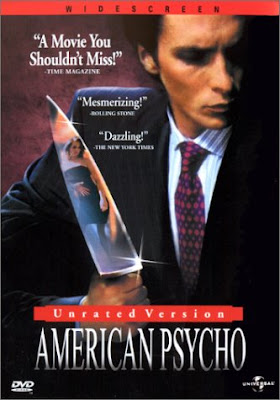 3. What can you tell us about Stir Of Echoes: The Homecoming?
Ernie Barbarash, the director and writer of Stir of Echos:The Homecoming was also a co-producer on American Psycho. We were at the premiere together at Sundance. He was in Toronto (where I am from) shooting and I went in to meet with him about this fun role where I would play the brassy but loveable best friend of Rob Lowe's character's wife's (the lovely Marnie McPhail). I had a blast working with him. And of course Rob Lowe is a real star...it was great to work with him too!

4. Can you please tell us about acting roles you have taken on, outside of film?
My most recent (favorite) role has been as a Mommy in real life:) I have recently been doing voice over work including some Audio Books which has been a new and intense challenge. I did several for Meg Cabot who writes so authentically for young audiences. I love theatre too. Most recently I played Pam opposite Hunter Foster and Sally Struthers in The Full Monty. I also starred in and co-produced a musical called This Could be Love. We brought it to NYC to the NY Musical Theatre Festival (NYMF) where it sold out and got great reviews. I had been nominated in Canada for a Dora for this role (The Dora's are Canada's Tonys) so this show is dear to me. I did some TV guest roles too...but....did I tell you I had a baby? lol.

5. What would be a dream role for you?
I would love to do a comedy TV series. I love drama but comedy is my true love. Tina Fey is my girl-crush.
Oh, and...This Could be Love is a comedy....taking that to Broadway would be dreamy also.
ummm....and a big fat film role too.
Ahh so many dream roles, so little time.
sigh. I love my job. 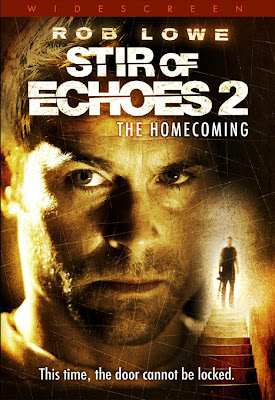 6. Is there an event and/or charity you would like to bring to our attention?
I have been involved for many years in Arts education and in bringing the arts to "at-risk" youth as well as schools where arts programming has been cut. The Arts are not a luxury. They are a necessity to the human soul and to development of well-rounded, involved, engaged and peaceful adults!!

7. What’s coming up next for you?
A film that I co-wrote and star in called A Wake was at the marketplace at Cannes and has been submitted to festivals. I hope that it will get a release at some point in the near future. I am also hoping to do a run of This Could be Love in Los Angeles soon. The rest? Only the actor-gods know ;)
Thank you very much Krista. You were a sheer delight to interview and I wish you all the very best continued success.
What did you think of this interview? Please comment, or email me directly at mgbouw@yahoo.com.au
Until next time!
Posted by Straight To DVD at 2:57 AM