Again I apologise for the lack of activity on this blogsite in the past few months.
I've brought you a doozy of an interview though.  Star Wars fans will know of him, and you can catch him in the new movie, Son Of Nosferatu.
I bring you my interview with Tim Dry. 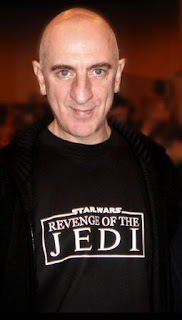 1. Can you please describe your involvement in the Star Wars movies?

Back in the early ‘80s I was a member of a multi-media group that mixed together mime, music, dance and theatre in a new and very colourful way. We were called Shock and we became very popular on the London club scene. We supported artistes like Gary Numan, Ultravox, Depeche Mode and Adam & The Ants.
We did a lot of live shows and a fair amount of TV and released two singles on RCA Records which were dancefloor hits in the UK. But Shock split up at the end of ‘81 and I formed a mime/music duo called Tik & Tok with Sean Crawford who was also a member of Shock. We perfected a style of movement called ‘Robotics’ which became very popular. You can still see it today, although it’s now become more of a dance as it morphed into body-popping later on.
Anyway, Tik & Tok were becoming pretty well known for our mime style and in early January 1982 Sean and I got a call from our mime teacher Desmond Jones, who told us that he’d been contacted by the Producer of the ‘Star Wars’ movies who said they were looking for mimes to play Aliens in the upcoming third movie. Desmond arranged an audition at his mime school and I think about 20 of us turned up and showed off our movement skills in front of Producer Robert Watts and the Casting Director (I think). Sean and I and seven others got the job to play these weird creatures who hung out in Jabba The Hut’s palace. We were big, big fans of the first two ‘Star wars’ movies and so to actually be in the third episode was enormously exciting!
We went along to Elstree Studios, just north of London early one cold and dark morning where we met Robert Watts again and members of the FX team who were creating the creature costumes. We were each given a costume according to our height and size. So, I was given what was then called ‘Tooth Face’ to try on and Sean was given ‘Yak Face’. Well, the costumes fitted, and after some minor adjustments, Polaroids were taken and then we were given our shooting schedules for the next three weeks. Basically we were ‘Baddies’ lurking around Jabba’s palace and later on in the shooting the same on Jabba’s sail barge when the action really kicks off! We were told that we would be featured nicely in the palace scenes but as there were so many performers, crew, cameras everywhere there was sadly no room or indeed any time for us to have more to do. That’s why you have to keep freeze-framing when you watch the movie to see us! But it was all very exciting, very hot and pretty uncomfortable under the lights, with smoke machines going on each take. We had to have assistants to remove our creature heads inbetween set ups so that we could actually breathe!
After we finished all the Jabba scenes a few of us mimes were given the job of playing Mon Calamari men on Admiral Ackbar’s rebel ship. These scenes were a joy to film, as the costumes were light, comfortable and we could actually see where we were supposed to be! I think we did just under a week as Mon Cals.
We got paid well for our contributions to what is an amazing bit of film making and it was an experience that I’ll cherish for ever. Which brings me on to your second question!

2. I see you've written a book about your Star Wars experience. Care to give it a plug right now?

Absolutely! The book is called ‘Continuum – The Star Wars Phenomenon As experienced From The Inside’. Back in 2007 when I was an autograph guest at Celebration IV in Los Angeles (at that time the biggest ‘Star Wars’ Convention EVER!) I was sat at my table in this huge hall like an aircraft hangar, surrounded by about 40 or so other performers from The Saga, and I kept thinking how weird it was that exactly 25 years after filming my bits for ‘Jedi’ I’m sat at a large table selling autographs of me as a furry Alien and a Squid Man on pictures, posters, cards, toys, T Shirts, DVD boxes etc. Who would have that that this would happen back then? Not us certainly!
It started back in 2003 when Sean was contacted by a young guy who was a collector of all things ‘Star Wars’ who asked the two of us if we’d like to make some money by signing stuff. Huh? We really didn’t know what he was on about, as after we’d gone to the Premiere of ‘Jedi’ in London back in ‘83 we’d both got on with our lives in our own ways although we were still best buddies and saw each other frequently. This guy told us that there were these things called Conventions where people like us, who had (let’s be honest) fairly minor parts in the movie, were paid to turn up AND charge fans money for our autographs. Wow, brilliant! So we started getting asked to do shows here, there and everywhere. Very exciting! We also discovered that both of our characters now had names, action figures and a back story.
Anyway, so when I came back from LA I started to write ‘Continuum’. The first part of the book is obviously a detailed account of the actual filming, costumes, tales from the set etc, etc. The middle bit of the book is about some of the strange things that I did as an artist in the ‘90s and the last part of the book (and the biggest) is all about the weird and wonderful world of worldwide ‘Star Wars’ Conventions and how strange it all is.
‘Continuum’ is an ebook and you can buy it from:
iBookstore
Amazon Kindle
Sony Reader
Barnes & Noble Nook
and Kobo
For a very reasonable price of about $3.99 US!
It has 10 pages of colour photographs and a foreword by Robert Watts (Producer of the ‘Star Wars’ trilogy and the ‘Indiana Jones’ trilogy).
This is the website that I created to promote the book: http://www.starwarscontinuum.com 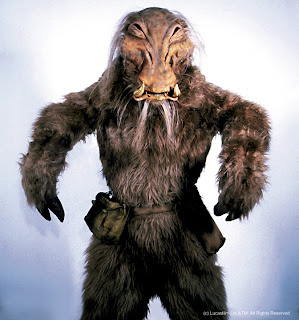 3. I see you've attended Star Wars Conventions. Do you have any interesting tales to tell about the fans or the conventions themselves?


Yep! But you’ll have to read the book! It’s all in there...
4. Just what is Son Of Nosferatu? The title alone sounds very interesting.

‘Son Of Nosferatu’ is a short comedy/horror film written and directed by an old friend of mine named David Rose. I’ve known David for years and he’d often talked about wanting to make this idea happen with me. It finally came together on a shoestring budget in Autumn 2010 and I have to say that it was the most enjoyable thing that I’ve done performance wise in years! I play Nosferatu’s unknown son who, after his Dad squandered the family fortune and then died, had to sell the castle in Transylvania and ends up being homeless and selling magazines on the streets of London. He’s actually lost his Mojo and his fangs no longer work. But he meets a young female fairy who devises a cunning plan to help him out.
There’s some reviews on the IMDB here: http://www.imdb.com/title/tt1802811/
You can actually watch or download the whole movie (it’s only 20 mins long) in HD here: http://www.youtube.com/watch?v=0fDpPbSiY24 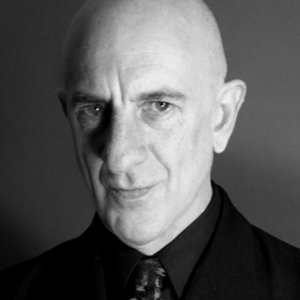 5. How did this movie come about?

Basically by David Rose calling in as many favours from as many friends as possible! Everybody loved the idea and was keen to make it happen. We’re still hoping to get the go ahead and funding to make it into a feature or if not that then a series of episodes on UK TV or cable/Satellite.
6. Is there a charity or event you would like to promote?

Any charity that helps cancer patients or prevents cruelty to animals gets my vote. I don’t have an event to promote at the moment, although I’m doing a show called ‘Star Wars Weekend IV’ in Denmark in November with Dave Prowse and others: http://www.danskstarwarsloge.dk/ 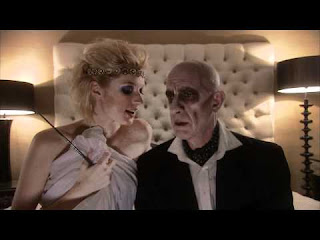 I want to thank Tim for his time on this interview.  It was a nice surprise to receive his email and read his enthusiasm for doing this.
Thanks Tim!  :)
Please check out Tim's sites
http://www.timdry.co.uk
http://www.starwarscontinuum.com
Until next time.﻿
Posted by Straight To DVD at 5:53 PM 1 comment:

I apologise for taking so very long since last updating this blog site.  I'll chalk it up to wanting to find someone to interview who would amaze you.
Hence I had the honour of interviewing Amber Heard.
Amber's been in a slew of great movies, from Pineapple Express to the very funny Zombieland.  She also starred alongside Johnny Depp in The Rum Diary.
Amber has some very interesting things to say, and fingers crossed there'll be a part two to this interview in coming days/weeks/whenever (Amber's currently doing reshoots so I don't want to pressure her for follow-ups).
I hope you enjoy my interview with Amber Heard. 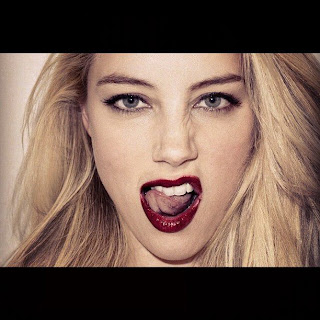 1.  What type of movies do you look out for? I keep an open mind when it comes to my acting career and movie's I look out for. Everything happens for a reason. At this point I just take everything as it comes and I try to keep myself as grounded as possible.
2   What would be your ideal film role?  I just want to portray great characters and someone that everyone can relate to. I want to be someone who could be your sister, your cousin, your girlfriend, your best friend, etc. (That is character driven)
3.  You've previously mentioned in other interviews a love of guns and muscle cars.  What are particular favourites? gun: taurus slimline 9mm muscle car: 1969 Shelby Mustang GT500
4.  How much fun do you think starring in a Fast And The Furious movie would be? You kidding me lol? To work with Vin Diesel, Paul Walker, & the Dwayne "the Rock? That would be absurdly, insanely over-the-top action fun. And a lot of that will involve cars.
5.  Have you ever travelled and if so, where's your favourite part of the world? Argentina, its beautiful, friendly locals and the weather is brilliant. Especially if hiking and cycling is your sort of scene - there are many adventures to be had!
6.  Is there any particular charity or event you would like to bring to my readers' attention? Yes please support GirlUp Foundation at: www.girlup.org/﻿ 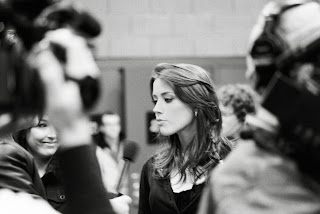 A huge thank you to Amber for her time with this interview.  I couldn't be more rapt in her responses and eagerness.
I wish Amber all the very best, and if we can just get her in a Fast And The Furious sequel well, I know it'd be all kinds of awesome.
Until next time.
﻿
Posted by Straight To DVD at 2:14 AM No comments: