M*A*S*H, CHiPS, Kojak, Mr Belvedere, and the Golden Girls.
What do these shows all have in common?
Yep, Harvey Goldenberg.

It's my honour to bring to you an interview I did with Harvey a while back now, which I'm now posting here for your reading pleasure.

1. You’ve appeared on some huge TV shows, from MASH to Chips, to Mr. Belvedere. What can you tell us about them?

Prior to CHIPS, I appeared on the Marlo Thomas comedy series THAT GIRL! twice. It was a good formula series similar to MY LITTLE MARGIE and I LOVE LUCY in that the leading woman was always getting into trouble and needed a man, her father, her boyfriend or husband to get her out of it. Marlo was pleasant and the mood around the set was easy going.

CHIPS was another series I did twice. Neither Erik Estrada nor Larry Wilcox was ever one to approach. That was on either episode I did. But Gregory Harrison on FALCON CREST came up and introduced himself. Really nice.

I did MASH twice. I was also originally supposed to do the part that eventually became Klinger. After they realized that the part could become a regular, they released me. (I never got to the set.) They hired Jamie Farr for the long running part and the rest is history. As I said, I did the show twice. The first time I worked with Wayne Rogers. He was also very friendly and personable and introduced himself. In fact, a couple of years after he left the show, I met him at a local International House of Pancakes when he'd become an entrepreneur, had vineyards and a number of other investments and he remembered my name and chatted as though we were old friends.

On the second MASH, I again played the Captain Kaplan, the dentist, this time getting out of the army. Alan came on the set, but never contacted personally with the new guy. He just wanted to get the scene right. Who could blame him? He had a lot of pressure on him.

MR. BELVEDERE was a pleasure. While I was never palsy-walsy with Christopher Hewett, he gave me a medal of St. Genesius, the Patron Saint of Actors and Actresses. The second time I did the show, since he lived in the area, he and his driver would pick me up on the way to the studio. What many people didn't know was that Hewett had a terrible case of arthritis and walking was very difficult for him. But he never once let anyone know or let it interfere with his performance. Ilene Graff the series co-star and Bob Uecker were both very open and pleasant to be around. I was one of the few actors in Hollywood who got along without a car. Like Blanche DuBois, "I have always depended on the kindness of strangers" ...for a ride. Ann B. Davis "Alice" from THE BRADY BUNCH, Jerry West, an LA LAKER, now an exec with the corporation, Kathleen Freeman who played the vocal coach in SINGIN' IN THE RAIN among others all drove me home. See, it doesn't hurt to look pathetic.

On GOLDEN GIRLS, Rue McClanahan was charming and acted like an old friend. Estelle Getty was nervous about her lines. Betty White was quiet and sat by herself, I think knitting or doing needle point and Bea Arthur appeared when called and like a magician's assistant disappeared afterwards.

2. As an actor which do you prefer, drama or comedy?

As an actor, I like to work. It doesn't matter what they give me. Am I funny? Yes. Can I do drama? I'm no Olivier. Hey, where is Olivier today? But I can be low key and into the part and believable. 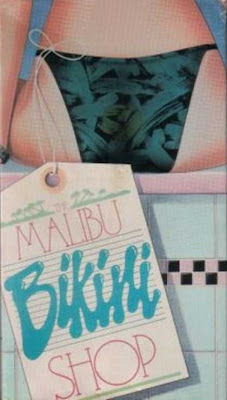 3. What was it like filming the movie, The Malibu Bikini Shop?

Like the film, the production of MALIBU BIKINI SHOP was not so well organized. I wasn't hired until the morning of the shooting.They had hired Kathleen Freeman to play the wife. They couldn't find anyone old enough who could do comedy who could play her husband. Even though she was fifteen years older than I was, I said, "Don't worry, I'll look old enough." And yes, I did look it. Bruce Greenwood who has become a minor star recently appearing as the U.S. President in NATIONAL TREASURE: Book of Secrets was very outgoing and easy to be around.

4. Besides TV, what other productions have you been involved in?

5. Are there any events or charities you would like to bring to my readers’ attention?

I have been a sporadic giver, but never important enough to be invited to attend charity or fund raising events. Sorry about that.

So there you go everyone. Talk about interesting hey?
I thank Harvey for his time and patience with this interview.
What did you think of this interview? Please comment, or email me directly at mgbouw@yahoo.com.au
Til next time.
Posted by Straight To DVD at 1:44 AM