I thought Se7en was a particularly creepy movie, especially because of Kevin Spacey.
When he wants to, he can be downright evil.

What's even more creepy is the resemblance between Kevin Spacey and my interviewee, Patrick Barnitt.
But therein lies the story. And what a story it is!
Read on. 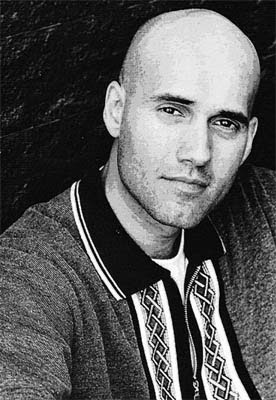 What requirements were needed to be Kevin Spacey’s body double in Se7en?

I got a call from an agent who asked me if I could meet David Fincher right away about doubling Kevin Spacey in a film called Se7en. I drove immediately to New Line and met with the Assistant Director, Michael Kahn. We talked and said.."You're perfect, we need to send you over to Fincher right away."
I met with David and he very quickly told me I had to do study the final scene in the desert so that all of the movements would match with Spacey's. I studied it for days before we shot. The two other doubles and I played the scene exactly for 2nd Unit and air to ground photography. I was also used in first team with Brad Pitt. Spacey was unavailable to shoot, so they threw me in there which was very cool.
I'm sure that my physical dimensions had a lot to do with getting me the job, being similar in height and weight to Spacey. Both Richie Varga(Pitt's Double) and Duane Shepard(Freeman's Double) were very close in size and stature to the two other leading actors.

Chad And The Alien Toupee certainly sounds interesting. What can you tell us about it?

Chad and the Alien Toupe is a short sci-fi/comedy web-pilot written by Cary Anderson who is an old friend of mine.We shot it last August. I collaborated with a bunch of old pals on this. It was a blast. I played an astronaut. Tim Russ and Robert Picardo from Star Trek: Voyager both appear in the film. It was great to see them after all this time. It was directed by Peter Paul Basler. 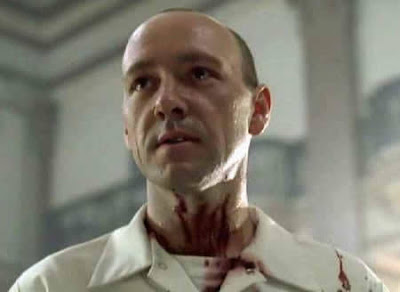 Is there a dream character or production you would like to be involved in?

As far as Dream Production is concerned...I'd love to work with Oliver Stone and Martin Scorcese. I'd also love to play the Hollywood Bowl and Madison Square Garden someday.

What’s coming up next for you?

I am currently filming an indie-horror film called, "Coffin" with Kevin Sorbo and Bruce Davidson. It's been a blast. Many late nights! I play one of the leads, the character of Jack Samms. It's being co-directed by Derik Wingo and Kip Tribble, who is also the writer on the project. A great script. Shooting ends next week. After the film, I plan on going into the studio and recording some new material. I also have a national Subway commercial running.

Is there any event or charity you would like to bring to my readers’ attention?


Thanks for answering my questions Patrick You've given some great insight here and I really do appreciate it.

I look forward to seeing your future work.
What did you think of this interview? Please comment, or email me directly at mgbouw@yahoo.com.au
Posted by Straight To DVD at 5:04 AM