In the summer of 2004-2005 this movie took over my life. I lived and breathed this movie.
It was shot in Melbourne, right next to where I worked in fact.
I remember being able to sit in the cafe on Level 9 and look out the window to the West Gate Bridge, underneath which sits Central Studios.
One day after work I even hoofed it over there. At the time the road leading to Central Studios was a dirt road, and completely closed off to the public.

I did get to see a lot of this movie being shot though. More on that later.
Here's the trailer
http://www.youtube.com/watch?v=olVb_LuHQtI 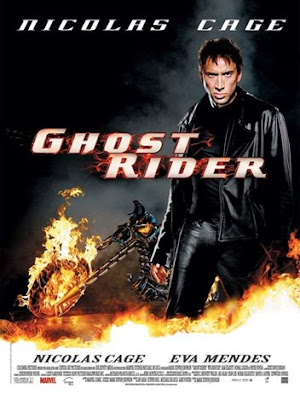 And here's the movie poster.
From the poster it looks like a good movie, yeah?
That's the thing, it looks good. It actually looks great.

The script and dialogue really let it down though. 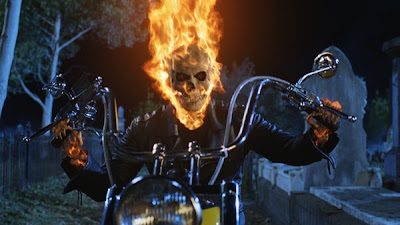 Sony Pictures threw a bucket load of cash into the special effects for this movie, and to their credit it paid off dividends.
However the one real rule of movies is, "if the script is shit, the movie is shit."
I so wanted this movie to be the blockbuster it was meant to be. But the script...... 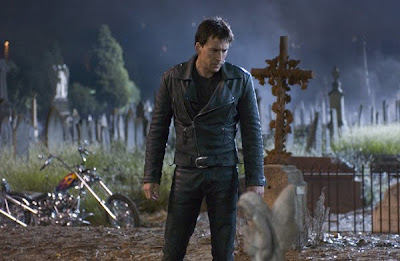 Nic Cage does a commendable job as Johnny Blaze. The guy clearly loves the story of Ghost Rider. He even has a Ghost Rider tattoo on his shoulder.
The special effects guys actually had to computer generate the tattoo out of the image for a few scenes in which Nic Cage is walking around with his shirt off.
That's how much he loves the character. 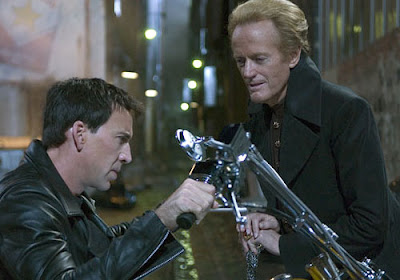 Along for the ride is Peter Fonda, as Mephistopheles. Basically he's the devil.
And the Ghost Rider is his ticket to claiming 1,000 souls.

You don't really need to follow the plot to enjoy this movie. Just watch the special effects.
And try to ignore the dialogue. 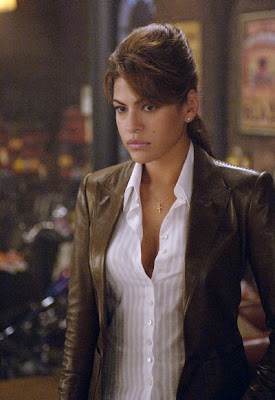 As the love interest we have Roxanne Simpson (Eva Mendes). The movie follows Roxanne's story word-for-word with the comic books. However in the comic books Roxanne is a blonde white woman.
Eva clearly isn't.
Don't let that worry you though. Eva shines in each scene. She's clearly a delight to watch.
Despite the poor dialogue she's been given, she still brings across humour, poise, and drama. 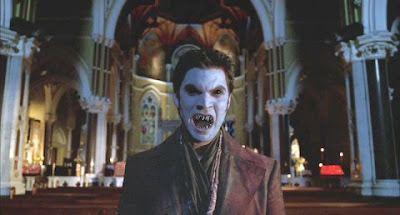 When I read that Blackheart was going to be played by Wes Bentley, I was rapt. I thought we were in for a real treat.
After watching the film though I cringed at each of his scenes. It's not that I didn't like the character. He's the bad guy, I'm not meant to like him.
However I'm not also meant to want him off the screen asap. 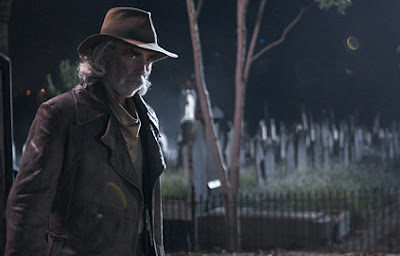 Now, Sam Elliott plays Caretaker, and here's where the fun begins.
Sam clearly loves this part, and makes it his own. I loved every scene he was in.
In fact if they did away with Ghost Rider and called this movie, Caretaker, starring Sam Elliott, I'd be very happy.

Another person in the movie whose scene I enjoyed was Mitch "Hollywood" Davies' cameo. After the helicopter jump stunt by Johnny Blaze, Comics R Us' very own Mitch is seen going burk-o at Johnny, in a thunderous applause.
Top work Mitch!

Now if only I'd wagged work that day I could've been in that very same scene! 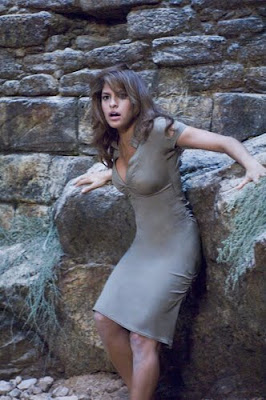 Here we have Roxanne again. See the look on her face? She's clearly read the dialogue of the screenplay. 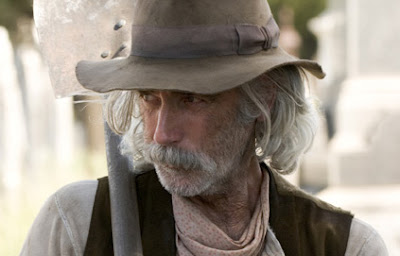 I seem to recall in this scene, Sam Elliott stating that if they screwed with his lines, he was going to hit them over the head with that shovel. 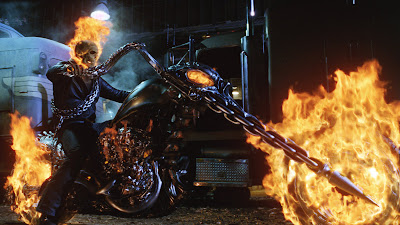 Along with Ghost Rider, Eva Mendes, and Sam Elliott, another drawcard is the amazing motorcycle Ghost Rider rides.
Just check it out!
Sony knew what was going to bring in the crowds, and that was some wicked visuals. Just look at this bike and I dare you to tell me you're not impressed.

I had the pleasure of seeing this motorcycle on set whilst they were filming a scene at the corner of William and Collins Street one evening. The bike was huge!

At a QnA session at ACMI a year before the production came to Melbourne the director, Mark Steven Johnson, told everyone they'd built 6 motorcycles. 2 of which weren't functional and were purely there for the purposes of destroying.
The chassis also caused the motorcycle to overheat at times, which caused problems as well.
Looking at the front wheel I felt sorry for the crew who had to wheel it around Melbourne. 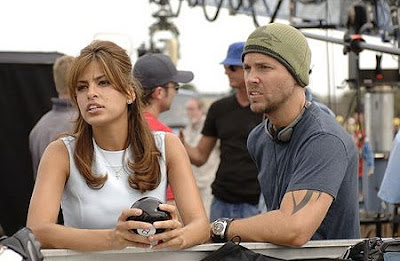 Here we have Eva, and Mark Steven Johnson. MSJ also directed Daredevil. Of which he was pretty much criticised. Until the director's cut came out on DVD.
Now THAT's a good version.

I had the pleasure of meeting Mark Steven Johnson on set one evening (having been invited with a choice few from the local comic book store, by MSJ himself, purely "to watch a huge explosion.").
Like Nic Cage, MSJ has a great love for the Ghost Rider. From what he was saying and the work he put into this, he gave it his all to make this a great film, and to give the fans the movie they were after.
He's also a very cool guy. 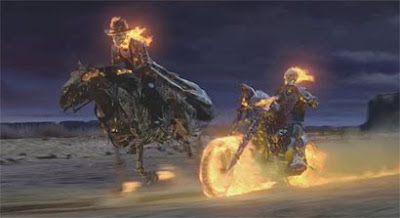 One of the coolest scenes in the movie (some people think it's stupid but I staunchly disagree) is this scene.
Purchase or hire the DVD and decide for yourself. I thought it was great.
Ghost Rider (Widescreen Edition) 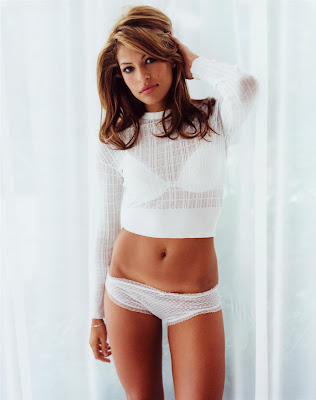 I thought I'd end this review with this image.
Do you want to watch the movie now? :)

I give it a 7 out of 10. Let down only because of the script. The special effects and stunts are just incredible. You really need to check it out for these factors alone.
What did you think of this review? Please comment, or email me directly at mgbouw@yahoo.com.au
Until next time.
Posted by Straight To DVD at 2:43 AM