And now for the little-known tale of George McFly.

I'll let my interviewee fill you in on what I'm referring to, and I can assure you you're in for one VERY interesting interview.

It is with great honour that I bring to you my interview with Jeffrey Weissman. 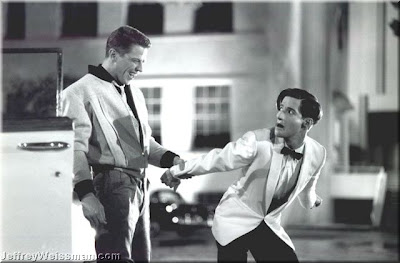 1. How did you get involved with Back To The Future?

I got involved in the Back to the Future films by auditioning. An agent called me and asked if I'd go in to be a photo double/stand in for Crispin. They didn't tell me that Crispin was not returning to the role until just before the shoot.
I met with the assistant directors, then read for casting directors, then had make up effects created and did a screen test, and then was hired.

2. What was it like on the set of both films?

Being on the set was hard work and fun. I got on well with Bob Z., MJF, Lea, Tom, Billy and others. It's a lot like plugging into a family when you work on a film, and since these folks were together before, it was nice to be the new adopted relative on the set. Though the make up unnerved folks, since production decided to try to use Crispin's likeness without his approval, and ultimately they had to pay him off for doing so.
I'd often be in make up four hours before needing to be on the set. So if we were starting the shoot at 8:30 am, I'd be in the make up trailer at 4:00am to get the appliances on. I played George ages 17 & 77 in part 2 and age 47 in part 3. People still don't realize that there is a different actor in the recreated scenes in both films. Ultimately it was a mixed blessing, because the producers and Crispin didn't get along, and it was unfortunate that I was caught in the middle of their ego & bad business battle.I have benefited from being a part of the films mostly from the appreciation of the fan base. I've made many wonderful friends and acquaintances from around the world at my appearances at DeLorean Car Shows and Fan Conventions. 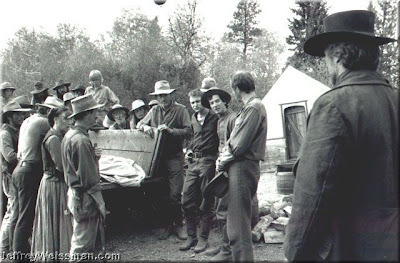 3. What can you tell us about working on Pale Rider?

Pale Rider was a great experience. My hard working agent found out that Chris Penn had moved out of the role of Eddy Conway (He wanted to play a "bad guy"), so Chuck LaFont, who was cast as Teddy moved into the Eddy role, and the Teddy role came open, and Warner Brothers feature casting were going to try to cast from their own files rather than put it out in breakdown services. My agent thought I would be perfect for the role, I went in and auditioned on tape for Clint, and he cast me. I didn't meet Clint until just before shooting my first scene and I had a funny moment where I followed him down where he was scouting the shot that was to be filmed after my shot, and when he turned to me (I was standing behind him), I said, "Mr. Eastwood, I just wanted to introduce myself before we started shooting, etc", and he said, "I know who you are, who do you think hired you?".

4. How was it working alongside Clint Eastwood?

We had a great cast & crew on the film. Everyone adored Sidney Penny, and her folks were very friendly and supportive of everyone. (Her Pop, Hank Penny, is the legendary country music song writer/performer.) Once again, it became like a family. I got close to Carrie Snodgrass, who had an amazing talent, and fought hard for her character to do things that originally wasn't scripted. Michael Moriarty is another incredible talent that has a very compassionate soul. Richard Dysart, Richard Kiel, Billy Drago, JD Johnson, SA Griffin, Fran Ryan, many fine talents Clint put together and we all got on nicely. There were a few bumps in the road. A blizzard came in and shut us down for three days while on location in Ketchem/Sun Valley, Idaho, and we also had to endure some freezing temperature and winds. Clint & Bruce Surtees had the main set built on top of a mountain, so everywhere Bruce set his camera there would be a breath taking view. The Sawtooth, Salmon River, White Cloud Mountains were majestic, and it shows in every outside shot.
Clint let me take some chances. I was playing a half wit, and I often would let Teddy get so excited that his feet would give out from under him. We didn't get to use any of that footage, but I heard that it was funny. I had a great time building the character. I had Teddy fishing in trickles of water, and obsessed with going to the mercantile for candy. The scene where Spider, "my Daddy" gets shot took three days to shoot. If you look closely, Doug (Spider) is standing in sunlight, and when you cut to Chuck & I (Eddy & Teddy) on the porch of Blankenship's Mercantile, we are in a blizzard. And when we finally get over to Spider's dead body on the last day of shooting that scene all the snow had melted, so Clint had to bring in the sow machine, and when Blankenship comes over to the boys, you see chunks of "snow" blow through the air (real snow doesn't act like that). I recall during the ADR (automated dialogue replacement) sessions Chuck & I were fooling around doing imitations of animals in the studio, while waiting for Clint & company to return from lunch. And we were oblivious that Clint had returned and was enjoying our animal impressions. We stopped when we realized he was there, but he insisted that we record some of the imitations. At the beginning of the film, there is a goat running down a hill, and you can hear my goat impression dubbed for the goat in the shot.

5. You've established yourself in film, commercials, and TV, as well as teaching the art of acting. How do you find teaching other actors?


I enjoy teaching and watching actor talents discover the tools it takes to work authentically and fully. I teach a very strict technique for cold reading and scene study that really demands getting out your critical mind, and allow the character to move in. And I use elements of several classic acting teachers' techniques: fantasy work, emotional recall and objective personalization as back ups for when your well runs dry during long shoots.I also teach and mentor writers developing projects, and I work with directors on how to communicate in actor terms. You can see where I'm teaching at my website, http://www.jeffreyweissman.com/ on the news &/or teaching pages 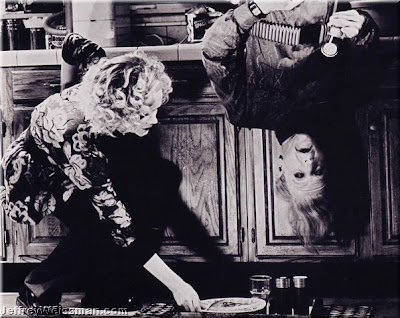 6. What can you tell us about your extensive career in theatre?

I love to act. I started in theater, and there is nothing to compare to the live audience reward for me. I have years playing Shakespeare to modern scripts, environmental productions, where the audience is immersed into a show (sometimes playing roles themselves), and I've lots of improv shows under my belt. The improv forces you to go into the unknown and not preplan and tell stories. There is nothing better than to tell a great story in an instant, and have the audience respond, "there's no way you didn't pre-write that show"!

7. Are there any charities/events you would like to discuss?


I do as much as I can for charities. It's good for the soul, and as a "public figure" I sometimes get awareness out to the needs of these great causes. I've emceed, auctioneered, hosted and played characters at events for The National Brain Tumor Society (I lost my older brother Michael to a brain tumor in '86), The Michael J Fox Parkinson's Research Foundation & Team Fox, The National Heart Association, The Jeffrey Foundation, The Crones & Colitis Foundation, The Buck Institute, The WillMar Center for bereaved children, WeSpark Cancer Support Center, the Mentor Me Program, Make A Wish, the Motion Picture Home and others. I often give percentage of my proceeds from live appearances to charities too. 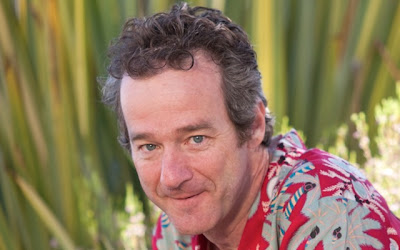 Now, talk about an interesting interview! Am I right? Am I right?!
You bet I am!

Thank you very much to Jeffrey. Everyone truly, Jeffrey's a great guy. He was an enthusiastic about this interview as I was, and I couldn't be happier.
Thanks again.
What did you think of this interview? Please comment, or email me directly at mgbouw@yahoo.com.au
Okay everyone, until next time...
Posted by Straight To DVD at 5:24 AM