I'm not usually one to track down war movies but I saw this was showing at a local cinema and damn, I just had to see it!
I saw it with my Mum and twin brother and we both all enjoyed it.
The fat bloke sitting in front of us started snoring about a third of the way in. I suspect he was less than impressed. 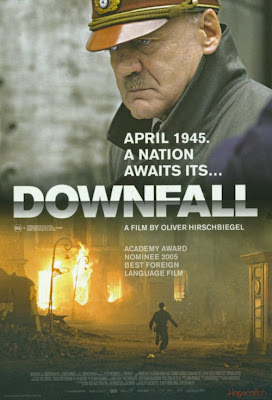 Surpringly the movie centres around Trudl Junde (Alexandra Maria Lara), who history knows was Hitler's last secretary. This is a smart move as it shows the movie in the view point of the audience.
Trudl came into the bunker at the end of the war with fresh eyes and an innocent perspective.
Same as the audience. We went into this movie not knowing what to expect. 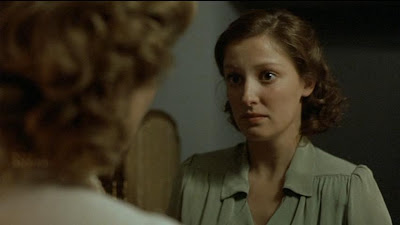 I feel the true villain of this movie is Joseph Goebbels (Ulrich Matthes).
The things Joseph, and especially his wife, do is simply unforgiveable. I will state though that I can see the reasoning behind their actions.


The movie certainly portrays what the situation would have been like at that time. 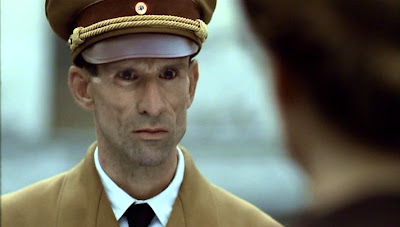 Somewhat interesting to watch is Eva Braun (Juliane Kohler) who appears somewhat niave to her surroundings, and dare I saw it, maybe a little bit out of sorts?
Juliane Kohler portrays her interestingly enough, but for me I certainly enjoy the scenes with Trudl Junde more. 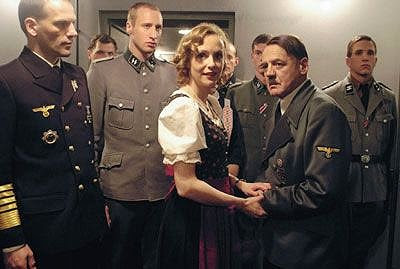 And of the course we have Adolf Hitler, played so expertly well by Bruno Ganz.
Much like the rest of the cast and their roles I was impressed with Bruno's portrayal of this character.
You can certainly see the weight of the world on Hitler's shoulders, and by the end of this long film you certainly know and understand why he makes the decision to end it all.

Yep, spoiler alert. He doesn't make it out of the bunker. 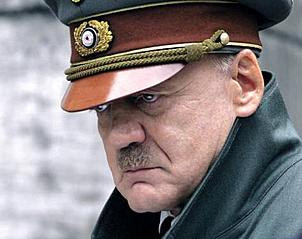 Something I did not like about the movie was the death of Hitler's dog. I just didn't need to see that.
I'm at a lost to explain why pets always get knocked off in movies. Even historically accurate movies such as this one....

I watched this on DVD a few months before buying a 40" Samsung flat screen.
It took two nights to get through this movie as it runs for about 3 hours.
Perhaps I should watch it again on the big screen. Germany tongue blarring out of the new stereo on the big screen.
It certainly would be enjoyable.