This interview is for the people who used to love Saturday morning cartoons.
I'm talking about the good ones, from the 1980's.

He-Man And The Masters Of The Universe, Spider-Man And His Amazing Friends, even DuckTales. Donald F. Glut is the man to thank you these shows, and I bring to you my interview with him. 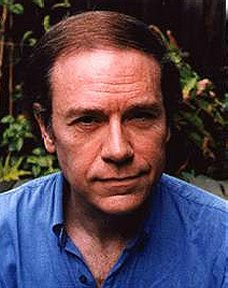 1. What was it like on the set of King Kong?

Just so people don’t start thinking I’m older than I really am, we’re talking about the 1976 KING KONG! It was actually kind of dull. My then wife and I, and also well-known fan and artist Larry Byrd and his wife, were among hundreds of non-paid extras who were supposed to be the audience when Kong escapes from the Los Angeles Coliseum sports stadium. We sat there for hours while “MC” Bob Hastings tried his best to keep us all entertained and happy. The big Kong robot was rolled onto the “set” with cables supporting it, where it just stood like a statue. People were getting impatient, some of them actually leaving. As some of the extras kept yelling about wanting to see the robot work, Hastings kept assuring them that – if everyone remained patient a little bit longer – they’d see it in action. Finally the Big Moment came and the robot did nothing. Hastings promised that, if the extras came back the next night, the problems with the robot would be dealt with and they’d see it in full operation. No one in my group came back and I’m glad we didn’t.

2. You’ve gone on to write for many TV shows. What do you prefer, live-action or animation?

Live action. Animation scripts are much longer and more detailed to write, because the writer is pretty much directing the movie or TV show on paper. Whereas a live-action script is written in master scenes, leaving the angles and cutting and so forth to the director, an animation script has all the camera movements, cuts, angles and so forth written into the script. This results in a much longer script. A script for a live-action “half-hour” TV show episode can run about 20 or so pages – while I’ve written scripts for “half hour” animation shows exceeding 60 pages. That’s because the director of an animation show mostly works with the voice actors, not the visuals. My animation scripts generally went from my hands to the storyboard artists.

3. What can you tell us about the live-action Spider-Man TV series?

Nothing, really, because I never worked on it. I watched it and it looked pretty cheap to me.

Bad questioning on my part here. I was meant to discuss Spider-Man And His Amazing Friends. 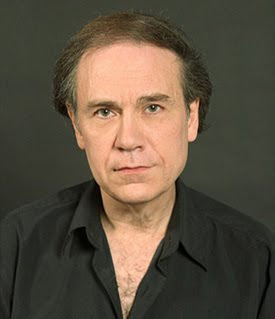 4. Land Of The Lost is considered a cult-classic. It must’ve been fun to write for the series.

Yes, it was. And it paid well, especially in residuals when the series went into syndication. Also, the show featured dinosaurs, in which I am passionately interested.

5. He-Man And The Masters Of The Universe, and Transformers have such avid fans. Does this restrict your writing in any way?

No, because when I was writing for those franchises they hadn’t yet acquired their fan bases. In both cases that you mention I was there at the beginning, creating much of the lore – characters, places, origins, back stories, etc. – before any fans were even aware of these series. Now it’s kind of puzzling, that so many people actually liked those shows so much or were so “inspired” by them. To me both MOTU and TRANSFORMERS were quite silly concepts, even the stuff I created, with a lot of inferior writing and bad animation. To me working on both were just jobs, pretty much what we call “hack” work. I have very little pride regarding either of them.


Well, I really don’t want to write comic books or animation anymore, although Dark Horse is reissuing in hardcover “archive” books all my old OCCULT FILES OF DR. SPEKTOR comic-book stories, and I am currently doing voice-over acting dubbing in Japanese anime feature-length movies into English. Mostly, though, I’m interested in making movies. My company Frontline Entertainment (http://www.frontlinefilms.com/) has already made six low-budget, very sexy and campy, mostly horror movies, all of which I wrote and directed. Our most recent movie is BLOOD SCARAB, a combination vampire and mummy film that’s a sequel to four of our previous films. Right now I’m trying to raise funds to make a female werewolf movie. Also, I’m working on yet another supplementary volume in my ongoing DINOSAURS: THE ENCYCLOPEDIA series of books. Finally, a new company called Pulp 2.0 Press has just published my vampire novel BROTHER BLOOD, about a Black vampire in 1969 Los Angeles. That same company will soon follow that book with 13 more of my books, including brand new editions (with all typos corrected!) of my “NEW ADVENTURES OF FRANKENSTEIN” novel series. 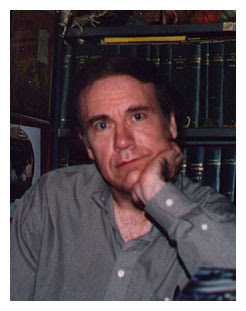 Despite my silly questioning I want to thank Donald for taking the time to respond.
You're tops Donald!


I hope my readers enjoyed reading as much as I did conducting the interview.
What did you think of this interview? Please comment, or email me directly at mgbouw@yahoo.com.au
Until next time.
Posted by Straight To DVD at 4:41 AM