My Star Wars-related interviews garnered a lot of feedback, most of which was positive (always a positive). :)
This interview is a doosy too.
I present to you, my interview with Chistopher Malcolm. 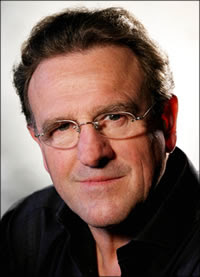 1. What can you tell us about being on the set of Force Ten From Navarone?

F10FN was a bore, the only pleasure was filming in Jersey. I was on the shoot 8 weeks and in the final cut I think all you saw of me in the film was my hand! Complete waste of time.

2. As with Force Ten From Navarone, Highlander, and Star Wars: The Empire Strikes Back were also action films. Do these movies appeal to you?

Action movies were what was being made, I took what jobs were available. My favorite action pic though was one you don' t have here "King David" with Richard Gere, in that one I play Doeg who kills the priests in the Temple and meets a nasty end being dragged by his neck behind a chariot, great stunt which I did and enjoyed very much. That film also starred the great Edward Woodward who passed away recently. 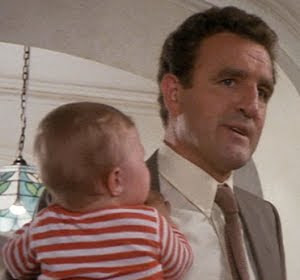 Abfab was fun, the episodes are filmed in front of a live audience which can be nerve-racking, but both Jennifer and Joanna were brilliant at warming them up which made everyone relax and enjoy. My character was never more than a foil for the girls, but I didn't mind and I was always pleased to be asked back.

4. What can you tell us about Spies Like Us?

I can tell you nothing abot SLU as I don't even remember doing it!

(Christopher is credited on IMDB.com as being "Jumpmaster" in Spies Like Us.) 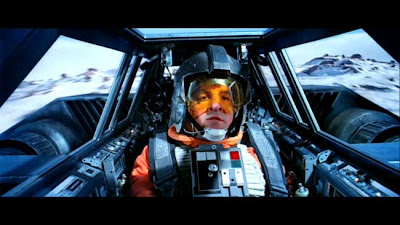 5. As an actor, how do you find filming such diverse movies like Star Ways: The Empire Strikes Back, Spies Like Us, and Labyrinth?

I feel very lucky to have appreared in many films in that period and a few good ones. I loved doing Highlander, Rustlers Rapsody, King David, Reds, and Ragtime, they were all great locations and working with the best in the business, stars like James Cagney, Warren Beatty, and Directors like Bruce Beresford and Milos Foreman.

6. How may I go about asking for your autograph?

You can write to me for an autograph but it will cost you €20, please include a stamped self addressed envelope, A4 size. Addressed as follows

Christopher has asked that you can contact me directly via my email address.
If you're after an autograph you can send the request on to me, and I will send it on to Christopher.
This is to protect Christopher's home address.
I hope you understand.

So there you go. Talk about an interesting interview!
Thank you to Christopher for taking the time for me. I really do appreciate it.

What did you think of this interview? Please comment, or email me directly at mgbouw@yahoo.com.au
Until next time everyone.
Posted by Straight To DVD at 1:54 AM