With this interview I have to say, "I'm flying."
If you caught the obscure Chopper reference there, you're a true movie buff.
Okay all jokes aside, this is an interview in my series of Star Wars interviews.
I bring to you, my interview with Alan Flyng. 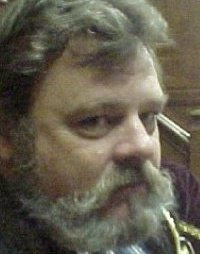 1. It must be an exciting job. May I ask, how do you get to be in the Costume and Wardrobe Design department for movies?

Over the years as an actor, I made a lot of friends amongst the technicians – wardrobe as well. I had a lot of experience of tailoring and costume making too, as I had performed extensively in theatre and light entertainment, providing my own, as well as others’ costumes, when budgets did not allow for rental or makes. It was as a result of working at the National Theatre (now the Royal National Theatre), that I met a designer, David Perry, who asked me to work with him on a film commissioned by Channel 4, called ‘Giro City’. I left the National and that was the start of my work behind the camera. I must have been good, as I went from film to film, learning more with each project and working my way up as I went. I still performed in shows and cabaret, but rarely thereafter in front of the camera again.

2. The Hornblower series had some elaborate costumes. Were they original, made for the productions, or did you have to locate them externally?

The Costume Designer of the Hornblowers was also the very same John Mollo of Star Wars fame! We had met and become friends whilst working on ‘Revolution’ – the Al Pacino film. John is acknowledged as a world expert in militaria and uniforms pre-1900, and he commissioned the making of historically accurate uniforms through the costume house, Angels, in London. Much of the crowd costume came from there - some of which were original - as well as assorted other costume resources and collections.
During the course of filming, it was necessary to make for actors and actresses, which was a task I undertook in Menorca and again in the UK. Speed was often of the essence and it was financially not worth getting things made at huge expense when I was in the Costume Department already.

3. What differences did you find for the wardrobe between movies such as Hornblower, and Garfield 2: The Tale Of Two Kitties?

Garfield 2 was a rather strange experience for me and definitely not the usual way films are made! I had an emergency call from the costume department to come in and remake certain uniforms for the exterior Buckingham Palace sequences, as the antique rented originals were too long in the body and arms for the extras engaged. Then, all of a sudden, it became obvious that costume purchased in L.A. for Billy Connolly and the American lead were not fitted prior to shipping and time was too short to buy again. I was asked to drive to York in the North of England in time to meet Billy as he flew in and to fit and remake his suits for the first few days of filming. He was due to shoot the next day and I worked through the night altering his Morning suits and their stunt doubles to fit and also the suit the principal actor needed for his first shot in a car. It turned into a 10 day scrabble with hardly any sleep to do all that was needed, but I succeeded in remaking Billy’s entire wardrobe in the time allowed, as the results on screen prove!
John Mollo, on the other hand, took great care and research to be certain that what was made was perfect for filming, down to having Orders of Merit embroidered in India in bullion wire to having buckles for soldiers’ cross straps cast and engraved. A master of his trade indeed! The makes I did on the production were to cover the wrong measures sent by agents for actors turning up after we had shipped our stock, or if we needed extra doubles for stunt work or destruction. 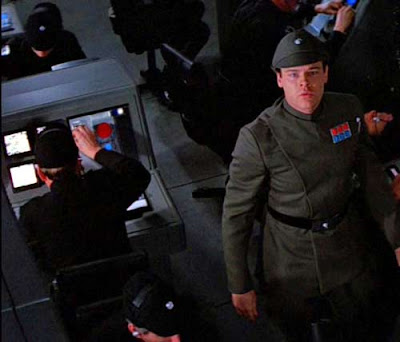 4. What was it like on set for Star Wars: Return of the Jedi?

I have said on other occasions that my involvement on ROTJ was minimal, due to the fact I tend to do what is required with the minimum of fuss and so finish my work quickly! I had little time to remark much on the atmosphere, apart from the fact that I was stepping into the shoes of another and rescuing the role within the scheduled period set aside to complete. I think there was a slightly tense expectation that it would take longer than it did and a feeling of relief, attested by a sea of smiles, when I completed with no problems. The crew members I knew already were pleased to see me and made me welcome immediately, as I was fitted (firstly in the wrong outfit, as seen in the Polaroid out there on the web) and in front of camera in double quick time. There must have been anxiety I would also not be able to complete, as I was replacing an actor originally cast who had been unable to perform and a lot was riding on my performance at what turned out to be a pivotal point in the movie. 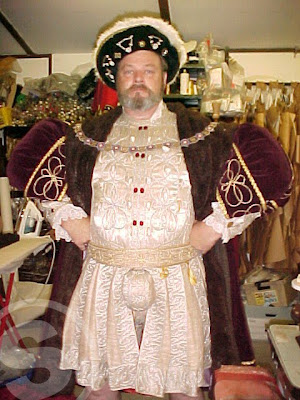 I designed a movie with Tim Spall, Honor Blackman, Rhona Mitra and James Callis called ‘Re-Uniting the Rubins’ last year, directed by Yoav Factor, which will be released this year, but I have been asked to redesign the opening sequences due to script changes requested by the Producers – so I will be doing that next. Otherwise, I have plenty of public appearances booked and look forward to meeting as many other fans, geeks and nerds like me, as possible! That is what makes the whole experience so enjoyable – people with a passion and a welcoming smile! I have just come back from a wonderful convention in Denmark, which was fantastic and am next appearing at Bournemouth for Sci-Fi Collectors South with a very impressive list of guest signers, which I know will be great fun! I will then be signing at London Film and Comic Con at Earls Court 2 in July, which will probably be the largest convention of the year!

Thank you for your invitation to be interviewed and I wish your readers all the best in their quest to meet and sign and collect whoever and whatever interests them from the Star Wars legacy!
I hope you guys enjoyed that one. I sure did.
Thanks to Alan for his help with the interview. I couldn't have done it without you! :)
What did you think of this interview? Please comment, or email me directly at mgbouw@yahoo.com.au
Until next time.
Posted by Straight To DVD at 2:06 AM