In 1987 Oliver Stone directed Wall Street.
I was 7 at the time. I didn't get around to watching this film until a few months ago. I'm 30 now.

In the back of my mind I always knew this movie had an impact. I just never considered how much of an impact. 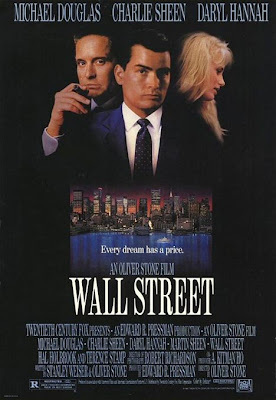 What first hits me about this movie is the camera work, and it's ability to bring out the best in all the players in this movie. Oliver Stone does a lot of one camera panning, scrolling across a room as the actors work through, playing their part.
If even one actor stuffs up, the whole scene is ruined.
It's a smart move and means the actors have to be at the top of their game.

None more so than Bud Fox (played by Charlie Sheen). As the catalyst to the story and the main player, the whole movie is governed by him.
And I should point out, it's really nice to see Charlie Sheen actually acting here, rather than simply playing himself as he has been on TV for the past 8 years. 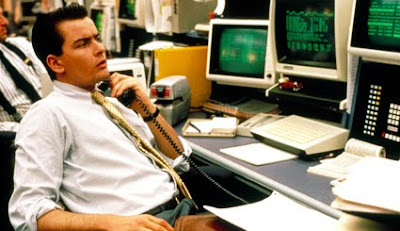 The main reason anyone watches this movie is of course to see Gordon Gekko (Michael Douglas).
In the 80's there was no one better than Gordon.
Everything about him screamed success.
And why not? Just look at him here. The man's an animal! 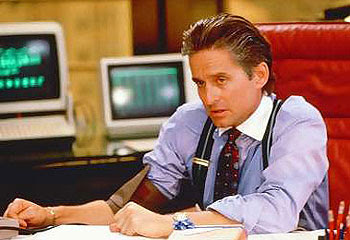 A sheer delight of this film is seeing Carl Fox (Martin Sheen) knocking heads with his son Bud (Charlie). It's a thrill considering Martin and Charlie are actually father and son.
And of course Martin Sheen knocks his performance outta the park. Just brilliant. 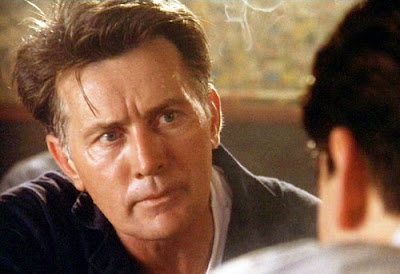 I didn't realise he was in this movie but playing the part of Gordon's business rival Sir Larry Wildman is Terence Stamp.
For the most part though Sir Larry is a bit-player in the entire game. 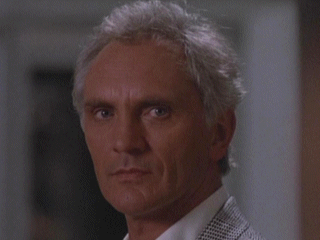 Along for the ride is Gordon's friend and home decorator Darien Taylor (Daryl Hannah). Her part now makes me laugh due to the sheer absurdity of the 80's fashion.
But, much like the movie itself, that's the way things were back then. 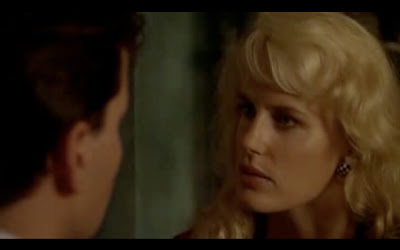 Another bit-part is Gordon's wife, Kate Gekko (Sean Young).
It's almost blink and you'll miss her. 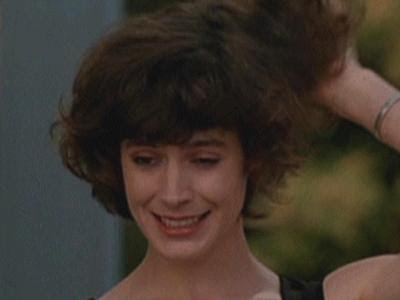 As I'm going through this list of actors I'm not sure if I should or shouldn't be surprised at the high-calibre Oliver Stone's collected together.
Here we have Bud's lawyer friend Roger Barnes (James Spader). James certainly has portrayed a lawyer for a sizable portion of his career so far, having appeared in The Practice and then in it's spin-off, Boston Legal.
And his doesn't disappoint here. 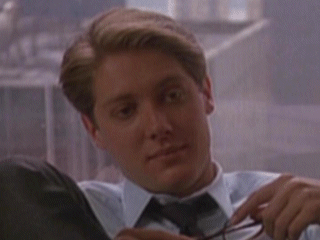 Playing up the laughs and keeping things interesting is Bud's work mate Marvin (John C. McGinley).
What could've been a bit-part doesn't seem that way now that I think about it. Maybe McGinley played the role larger-than-life. And it worked. 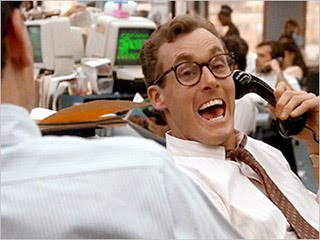 Now that I've watched it, and yes I did see the sequel, I have to say that nothing else compares to Wall Street.
For 80's cool, and for some interesting insight into how the stock markets of the world works, you just have to check this out.

I mean, come on! Look at these two guys right here. Now this is cool! 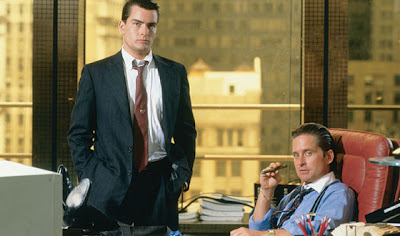 Just quickly, a few years back I passed up on buying the movie novel to Wall Street. I found it at a local op shop but now it's long-gone.
If anyone has a copy, I'd love to give it a read.

For ratings I'll give this movie 8 stars out of 10.
It get's one whole star just for the robot waiter.

Watch it and you'll know what I'm talking about.

Until next time!
Posted by Straight To DVD at 4:35 AM