Now for an interview with is something special.

There are times when I'm interviewing someone and there's just a certain something about them which makes me think, "this person is five-seconds away from making it big."
I get this impression with Krizia.
Krizia was very nice in her emails to me. Very helpful.
And very patient.

It is my honour to bring to you my interview with Krizia Bajos. 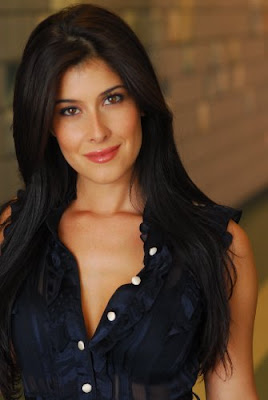 1. How did you get involved with How I Met Your Mother?

I was fortunate enough to sign with an agent the first week I was in LA and they had been sending me out pretty often. About 5 months in is when I was called to audition for the show (which was in it's first season and hadn't aired a single episode yet). So I had no idea what the show was about or the tone for that matter, but it was one of my favorite experiences. 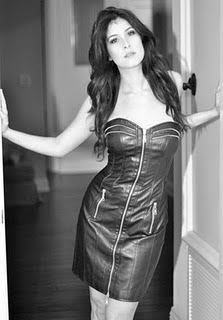 Fascinating. I had never been on a sitcom before and I absolutely love comedy so I was in heaven. I spent more time on set watching the actors during the rehearsal of scenes I was not a part of than in my trailer (which was another first for me so that was neat). Being so new, wide-eyed, and bushy-tailed, I got the jitters when I met the infamous Doogie Howser M.D. and the girl from Band Camp. The others were welcoming and warm though at that time I didn't know their names. The experience of that entire week set the tone for my adventure here in LA. The collaboration between the on camera and off camera crew was lovely to observe; I enjoyed watching them 'play' and wished that someday I too could have a gig as cool as this one. Funnily enough, that episode now seems to be one of the popular ones from the show so I'm pretty stoked to be a teensy, weensy, coconut bra'd part of the HIMYM series.

3. Can you please tell us about work you’ve done outside of TV and film?

hmmm... only if you're talking in the arena of entertainment: I started on stage, first at the local theater then through my school. I also had the uber glamourous position of a tool girl- literally- a spokesmodel for Makita in 2008. I've hosted events, been the voice of supermodelquins, modeled for furniture companies and perfume atomizers. If that's not all random enough... My jobs outside the realm of entertainment (although it's perception, really) were: a Steve Madden salesperson, waitress, beer tub girl, auto glass sales rep, plastic surgeon's assistant, cocktail server, bartender, a girl singing happy birthday while popping out of a cake, car test driver for charity, Pirelli Girl, production assistant, Abercrombie & Fitch salesgirl, host, and wine fairy, are amongst the few. 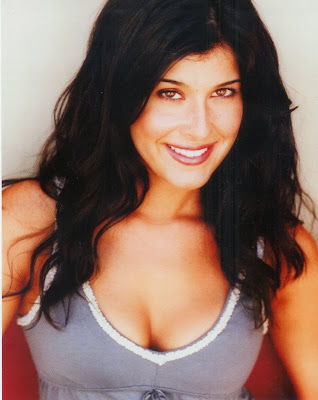 4. As we don’t get the show here in Australia, can you please tell us a bit about Ocean Avenue?

Ocean Avenue was a telenovela/soap opera filmed in Miami. I believe I was 18 when I started on that show and was thrilled to have a pseudo-steady paycheck and on-camera work. I'll have to be honest with you: I don't know the main story line all too well... all I remember was that I was an assistant to the head honchos at the 'fashion house', friends with the popular girl at school, and my name was Noelle. Oh yeah, and I said things like "Here's to being single, seeing double, and sleeping triple." Yup.

5. Balls To The Wall certainly is an interesting title for a movie. What’s it about?

It's as nutty (no pun intended) as the title leads you to believe. The goofier half of an adorable, recently engaged, young couple would like to give his bride the wedding of her dreams but doesn't have the funds to back it up. He starts moonlighting as an exotic dancer and of course, hilarity ensues. I play Anne: one of his biggest fans... that's all I can say about that.

6. Is there a particular charity or event you’d like to bring to my reader’s attention?

I recently attended an event for Children Awaiting Parents and they really touched my heart. They specifically help kids who are harder to place (older, minorities, have mental/physical/emotional problems, or sibling groups) and find foster or adoptive families. Any donation, time or even just consciousness would be greatly appreciated. These kids are the future, after all. www.CAPbook.org 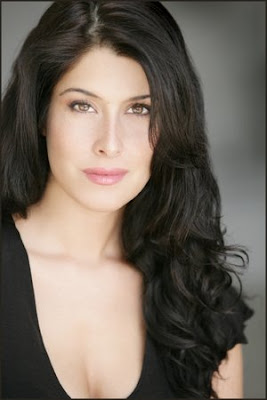 I want to thank Krizia for her time on this interview.
I hope my readers' enjoyed it, as I sure did.
I ask that my readers' extend their support for Krizia's future endeavours. I'm sure they'll be great.

Please feel free to leave a comment below.
Until next time!
Posted by Straight To DVD at 3:01 AM