I saw this movie by myself, in a local (somewhat rundown) cinema.
It was the end of the year when all the studios are pushing out potential Oscar nominated films, and the cinema had promoted this film as such.

I was the youngest person in the audience, but about 15 years. So I figured it was going to be either really bad, or really good.

I'm glad to say, this movie is really good.
Here's a clip (for some reason I can't find the trailer on YouTube)
http://www.youtube.com/watch?v=NrsYkDBWnWc 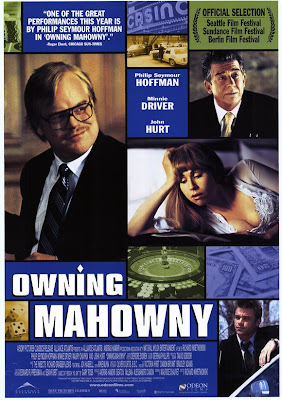 As you can pretty much deduce, this move is about gambling, and the addiction of it.
But according to Dan Mahowny (Philip Seymour Hoffman), he doesn't have a gambling problem. He has a money problem.
Here we have Dan at his day-job, working for a Toronto-based bank, as an assistant branch manager. 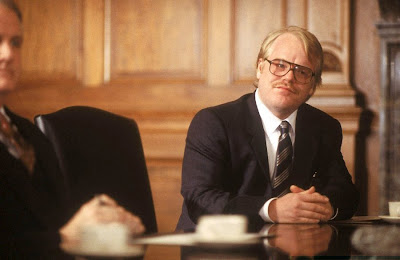 And here we have Dan, down in Atlanta, working on a mathematical system he believes will pay off dividends. 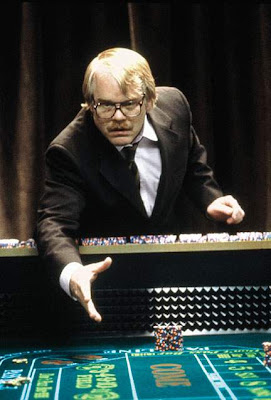 As much as I went to this movie to see Philip Seymour Hoffman, the real stand-out performance was from Dan's girlfriend and co-worker Belinda (Minnie Driver).
Not only is the physical transformation something to witness, but Belinda's character and the role she plays; it's very fascinating.
The fact this is a true story also plays heavily. But you should note that this is a true story before watching the film. 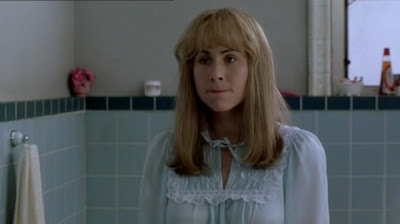 Here we have casino-owner Victor Foss (John Hurt), who stops at nothing to get Dan back into his casino weekend after weekend.
This fact also plays into the movie. Isn't it illegal for casinos to entice problem gamblers into their casinos again and again?
You'll have to watch the movie to find out. 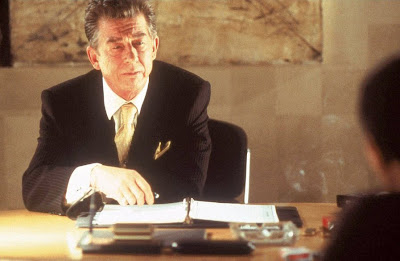 What I like about this movie is the concentration of the human aspect of the story, rather than simply showing the glitz and glamour of casino life.
This movie does that very well. 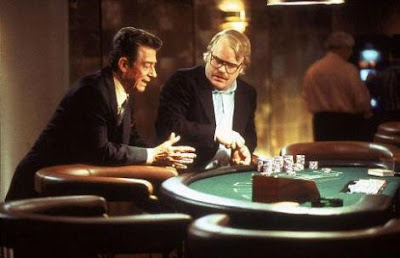 I give this movie a 9 out of 10, and I highly recommend you track it down and give it a watch.

And if you do, please let me know what you think by commenting below!
Until next time.
Posted by Straight To DVD at 8:30 PM