Interview stunt performers is always fun.
In this instance however Spice has acted in almost as many productions as she has performed stunts in.
So you know my interview with Spice Williams-Crosby is going to be a hoot!
Enjoy. 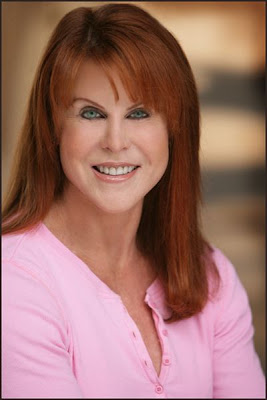 1. How did you get into stunt work?

After leaving the road from being a singer and musician (piano) with my own group, "Sugar N' Spice", I came back home to Hollywood and was signed with 20th Century Records to write songs. I needed a way to pay for my acting lessons. I heard about a movie that was to be made using actresses as wrestlers. I went and trained with the world famous Mildred Burke to become a good enough wrestler so that I could audition. The auditions came and went and I never got my chance, but I did find my way into a wrestling production company where I could make money as a wrestler! Better than waiting on tables as a waitress!!! One day, a call came out for some female wrestlers to work on a famous TV show called, "Fall Guy" with Lee Majors. I was picked to work in this show and I met the wrestling coach, Judo Gene LeBell. Gene LeBell is world famous as a wrestler, Judo champion, and stuntman. We butted heads (sorry for the pun) in the beginning of rehearsal because I learned from Mildred and Gene wanted me to do it his way. He had me flying over the ropes, picking up guys and spinning them, jumping off the turnbuckles and all kinds of crazy stuff that I had never done before. I had my agent come to the set because I couldn't stand this guy and I wanted her to see what a jerk he was. After we finished filming and everyone just loved what I did! My agent brought Gene over to me so that I could hear what he wanted to say to me. He said, in a raspy voice, "Kid, you did good...real good! You'd make a good stuntgal." I said, "Excuse me, I'm an actress!" Gene replied, "Yeah, well, while your starving to death trying to be an actress, would you like to make some good money being a stuntgal?" I thought about it for around 20 seconds and then I asked, "What do I have to do?" Gene said, "Keep your month shut and do what I tell you to do!"
That was in 1979. Since then Judo Gene LeBell (http://genelebell.com/) has become Uncle Gene to me and I owe him everything for teaching me how to not only wrestle in the ring, but in the world of Showbiz!!!!!

2. What differences did you notice between shooting movies such as Lost Boys, as opposed to movies like Dodgeball?

Lost Boys was a lot of fun but it was very dark and dangerous with all the night time motorcycle stuff we did. Dodgeball is what we call a feel-good fart movie! It's just silly and every scene can be different because the comedians involved are trying out their improve skills as they go along. It's not uncommon to work in a show like Dodgeball or a TV show like Seinfeld where you would finish a scene and the actors would be laughing so hard saying, "Ok, that was funny, but let's try it this way!" That doesn't really happen in movies like Lost Boys. I worked on that film many years ago and it is still one of my favorites. I didn't really do that much in it other than some motorcycle work and laying on the beach at night and having some motorcycles jump over me!

3. Who is your favourite stunt performer?

I have no idea who my favourite stunt perform is? I never thought about it! However, it would be someone who listens, is in shape, open to change, is good in all areas, up on the latest rigging, stunt fighting, able to work with the director and actors with a good attitude, can also act, and have lots of creative talent! Someone who sees something more in the stunt other than what is just on the printed page. My favourite stuntwoman is: Heather Vandrell Arthur - http://www.youtube.com/watch?v=MciYn6pIq5w Not sure about who I would name as my favourite stuntman!!!

4. What has been your favourite stunt to perform?

Fighting is always my all time favourite stunts to perform. I have a 3rd Dan in Arjukanpo, a 1st DAN in Doce Pares Eskrima, and I'm certified level one in Israeli KAPAP. So, for me to use all my martial arts with my stunt skills is where I really shine. Also, I usually play a character with acting, so I can act and fight as an action actress. That's my favourite stuff to do! 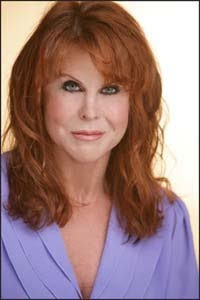 5. What has been your craziest stunt?

The craziest stunt was also the most dangerous one! I had to run up a fire escape on one side of a 3 story building, run across the top of it, and then jump from the top of that building across the alleyway, to the 2nd story fire escape stairs on the other building! No protection, no boxes, no pads, no air bag, etc... 3am in the morning, pitch black and I had a landing platform of only 3 feet with an Emergency Fire Box taking up 6" of that platform! I did that in a movie called, "Backstreet Justice" and I was doubling Linda Kozlowski. That was in 1993. That same stunt today I would have done it with safety wires!!!

6. Have you met any actors whilst filming?

I have had the pleasure of working with many great actors and legends in our business. From Tony Curtis, Roddy McDowall, Sir Laurence Oliveir, Tom Hanks, Rock Hudson, Polly Bergen, Lee Grant, Doug McClure, Greg Evigan, Louise Fletcher, Eileen Brennan, Robert Downey Jr., etc.. so many I just can think!

I just finished working on a very funny TV show called, "Death Valley." It's a cross between Zombieland and the TV show Reno 911. I'm producing my own show called, "I FIGHT FOR MY LIFE!" and it's a realty show where I take women who have been beaten, raped, stabbed, attacked, etc.. and I re-enact their stories, put them with a therapist, police officer, and then teach them Street Smart Fighting. Then I put them into a ring, and one at a time, 6 guys will attack this victim while she gets her second chance to fight back, this time with skills! I'm taking women victims and turning them into women victors! Teaching them how to take their power back! Check my site out at: http://www.ifightformylife.com/ 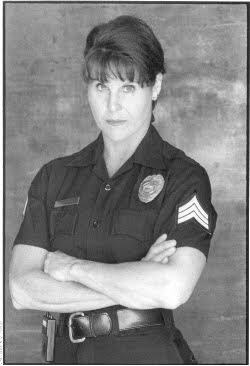 Please feel free to check out Spice's IMDb page at http://www.imdb.com/name/nm0818454/
And be sure to leave a comment below.
Until next time.
Posted by Straight To DVD at 2:40 AM