Usually I have to find and chase down people to interview.
And to be honest, at times it can get quite difficult. I find someone I want to talk to, especially about a certain project they've worked on, and I find they're not all that interested in talking about it. Or to me about an interview.
Then came along my interview with Tim Pilleri.

Some time ago I interviewed G Larry Butler. Look on the right-hand side to find a link to the interview.
I've since befriended Larry and have kept up to date with his work. Then Larry messaged me directly telling me I might enjoy chatting with the director of his new movie.
Larry was right!
Tim Pilleri directed the movie Panman. I couldn't get a copy of it so Tim was nice enough to post it out to me!
Talk about a nice guy.

I hope you enjoy what I consider a very interesting interview with Tim Pilleri. 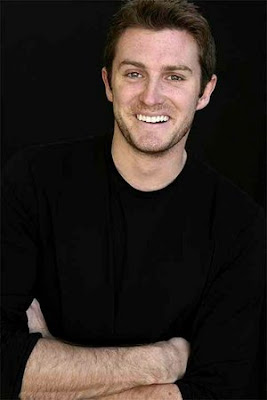 Panman is the demon spirit of a great chef from the 70's. That demon spirit mixed with a living person, makes up the Panman. When possessed, the person always finds a big pot to place over his head. And then he murders culinary students with pans and kitchen utensils. PANMAN the movie is a horror/comedy/romance that some friends and I made over the course of a year and a half.

2. How did you come up with such an idea?

The idea was actually born while I was in high school in Medford, Massachusetts in 1999. That high school has a culinary department, and while walking thru a huge kitchen one day I placed a large pot over my head and starting making gestures. My friends laughed, and so I took the pot with me. Then we filmed a 20 minute movie in video production class about a killer named Panman. Ten years later, that silly idea has turned into a feature film and something I can be really proud of.

3. What was the inspiration behind Panman?

Good question, and it's a hard one to answer because I don't really know where it came from. We decided to make the movie because we thought it could really appeal to horror fans. But mostly, the inspiration was finishing the movie so that we could all move on. Editing, color correction, sound editing, all that crap started to get really boring after a while. But we stuck with it because we wanted to see what it could be. And we really wanted to see what audiences would think of such a weird story. And we've only gotten that once so far. So we'll be screening it a lot more in 2011. 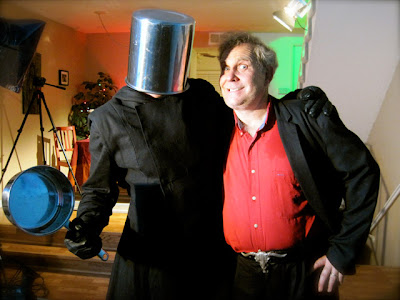 4. What was it like working with G Larry Butler?

G. Larry Butler is a dream to work with. He came into the read-thru with a much different take on Professor Hunter than I was expecting. I remember being a little skeptical at first, but the quirks he brought about the character added so much depth, that we ultimately let him do whatever he wanted. Which, I'm sure was for the best. And Larry also let us shoot a scene at his place, we used his daughter and wife as extras, and he even helped us with location scouting. He actually found the cliff we used for the big showdown at the end while hiking one day. He called me and we went and checked it out, and it was perfect. He's the most professional actor and the best team player I've ever worked with.

5. How did you get involved with The Prestige?

I was a film extra on THE PRESTIGE. I was basically cattle in a steer-house. They needed someone to step in to be featured playing the piano on stage with Christian Bale. They just picked me out of a crowd, and presented me to the AD saying "Here's the piano player". I just kinda lucked into it.

6. Can you play the piano professionally?

I don't play piano and never have. I can't even remember if the people on THE PRESTIGE asked me if I did. But either way, it didn't matter; I did mime some keys, but you can still barely see me. 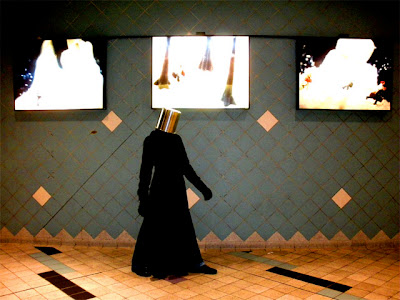 7. Were there any difficulties in getting Panman made?

There were many difficulties getting PANMAN made. Jim Zaguroli and I ultimately green-lit the movie over a countless amount of margaritas, so that sorta set the whole tone going forward. We didn't have any budget, just what we had in our pockets (which wasn't much). I guess the most difficult thing would be staying with it for so long. And that goes back to your question on the inspiration behind it. We did have the cops come after us once. Our very last shoot day was the day we shot with Kato Kaelin at the beach. While waiting for Kato to arrive we put the prop license plate on my car. The cops circled the lot and ran the plate. It turns out someone has the license plate "House" - and it wasn't my car. So the cops came back at us thinking we were driving a stolen car. But they were really cool, we told them it was a prop and that we're just shooting one scene in our silly little movie, and they were pretty cool with it. Of course right then Kato pulls into the lot. It was embarrassing for us because that's how we first met Kato on set, but it might've helped having someone so recognizable with us.

8. Have you attended any conventions, such as the San Diego Comic Con, as promotion for the film?

We have not attended any conventions for PANMAN yet. We plan on it though, as well as getting into some cool film festivals. So we're hoping to be out there with it a lot in 2011.

9. Have you ever considered Panman: The Comic?

A Panman comic is definitely an interesting thought. I have not ever considered it, although there is some talk of doing a cartoon with the character of Panman. But we'll probably just focus on making sequels. 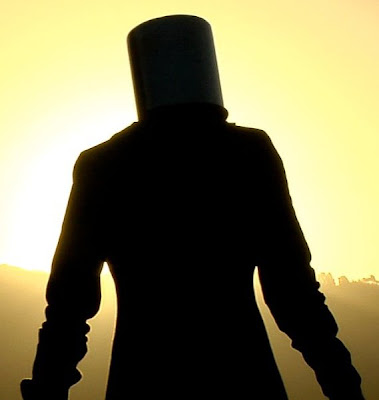 Up next is selling PANMAN. After that I've got a few other offbeat horror scripts that I'll be peddling around town. The one I really wanna make next is called, "THE BOGEYMAN". It's about a killer on a mini-golf course. "He's 1 over par...you're 6 underground". I need to get Bruce Campbell in this movie. I think the hardcore horror fans would go crazy for it.

11. Is there a charity or event you would like to bring to my readers’ attention?

I wish I had some money to donate to a charity, but I don't yet. If I did though, I would donate to different animal shelters around LA. Tina Molina (Justice from PANMAN) and I have 3 rescued dogs ourselves. They're always running around the streets of Los Angeles. So we try to help put a stop to it one dog at a time. 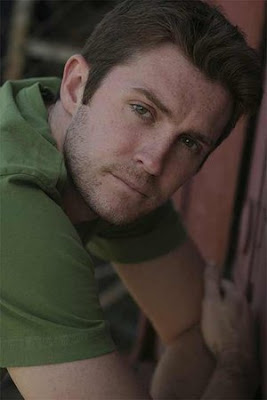 Please feel free to leave a comment below. The more the better.
Until next time.
Posted by Straight To DVD at 12:56 AM