To be honest with you, I really don't know how I pulled off getting this interview.
Never in a million years did I think I'd hear back from actor Sam J Jones. Not only did I hear back from him, but Sam was really excited to do the interview, and also a very nice guy. It just goes to show you that in life you're always going to be constantly surprised.

Of course for those of you left wondering who Sam J Jones is, he played Flash Gordon in the 1980 film.

I hope you enjoy my interview with Sam J Jones. 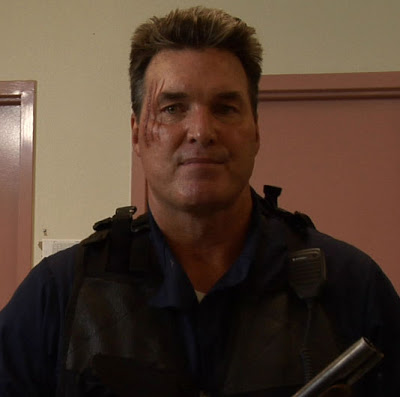 1. How did you land the role as Flash Gordon?

In late 1978, while competing on a game show (The Dating Game), I was discovered by members of the Dino DeLaurentiis family. In early 1979, I had a meeting with Dino at his Beverly Hills office. Then in mid 1979, I was flown to London (with numerous other actors) for multiple old fashioned Hollywood Screen Tests. One month later, Dino hired me as FLASH GORDON.

2. How did you prepare for the role?

I read Alex Raymond books and FLASH GORDON comic's, studied the old Buster Crabbe black & white serials and I ran Hyde Park every morning in London and did light weight training with push up's and pull up's every other day. 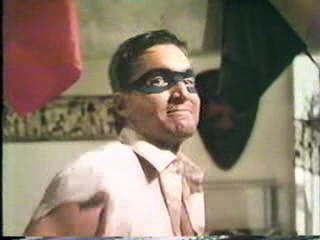 Yes, this was my first film and it was a major blessing being directed by Blake Edwards. I was a little star struck by him, Julie Andrews and John Derek. Bo Derek was super nice to me and a real professional. Dudley Moore was a good man and kept the cast and crew entertained at all times. Also, filming in Hawaii and Mexico was incredible, as it was a first for me at that time.

4. Please tell us about The Spirit tv movie.

We filmed it as a TV Pilot in 1985. The studio and network had great expectations for it to be picked up as a series. It did not happen. It was a lot of fun working with all involved. I have great respect for Mr. Will Eisner and his work.

5. Were you a fan of The Spirit comic?

Not until after I was hired did I appreciate Mr Eisner's work. 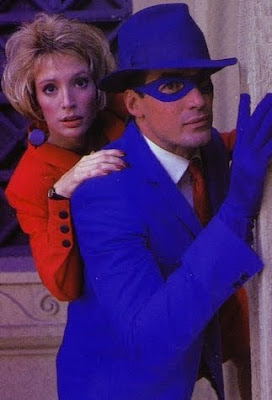 6. For your part in the pop-culture films you've been in, have you done many conventions?

I average one or two a year. It has to make financial sense, as I have a large family and am working consistently. I enjoy taking my family with me to these events - most American cities, Australia, New Zealand and England have been a lot of fun for us in the past. The fans have been very good to us and we appreciate their interest a great deal.

7. What would have been your favourite role, so far?

FLASH GORDON and THE HIGHWAYMAN. Flash, because of his integrity and passion to protect the innocent from evil forces. And The Highwayman because his character is Flash with an extreme edge. 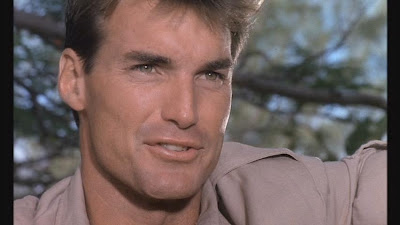 Any Superhero role that demonstrates moral integrity, family values and redeeming qualities. Our American youth and the youth of the world need to be encouraged and influenced by good - in it's pure form. Not a perversion of that purity. My dream, would be to make films that re-establish the basic doctrine - good is actually good and bad is really bad. As mature artists and leaders - Yes! we must entertain, but we must also impact and influence our society (especially our youth) with actual truth in it's basic foundational root. This will eliminate all of the confusion, wrong messages and nonsense that our young minds are already overwhelmed with and will give them guidelines, consequences and accountability. This will save their lives.

I am currently developing a tv series and in the middle of negotiations with a film project.

10. Is there a charity or event you would like to bring to my readers' attention?

LOVING LIFE FOUNDATION - Reaching communities and touching lives by serving and putting others first before self. I am one of the youth representatives. We are based in San Diego, California. Anyone who gives substantially to this foundation will receive (from me personally) autographed posters, photo's and rare Alex Ross signed art of me. Here is the contact info: 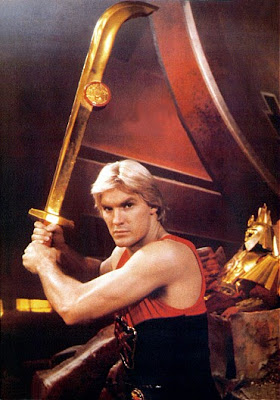 For more info on Sam and his many projects please check out his website at www.samjjones.com/

I want to thank Sam for his time and enthusiasm with this interview.

Please feel free to leave a comment below.
Until next time.
Posted by Straight To DVD at 3:20 PM