Stunt actors are the complete package, in my opinion.
They train their bodies and their skills to such a peak, it's just incredible.
The hard work they put in to make the scene look amazing goes largely unseen, and sometimes unappreicated.
It's safe to write that if you're a fan of Mighty Morphin Power Rangers, and Buffy The Vampire Slayer, you'll find the following quite interesting indeed.
I hope you enjoy my interview with Sophia Crawford. 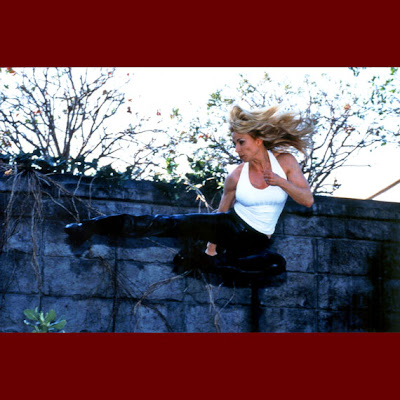 1. What was it like on the TV show, and movie, Mighty Mophin Power Rangers?

When I first arrived in Los Angeles, I had every intention of becoming an actress. I quickly realized that I was slightly ahead of my time. Although the low-budget, straight to DVD martial arts movies of the early '90's were booming, they were still predominately male stars. Most A-list producers that I met with at that time, felt that the audience wasn't ready for a female action hero.

My petite frame was a bonus in Hong Kong while fighting opponents of a similar size but producers in the U.S questioned a girls capability of taking down big, hulking men.

Of course, times have changed now. In part this is because of the huge success of shows like Power Rangers, Buffy and Xena.

Also, as a martial artist it was very difficult to be taken seriously as an actress. Some casting directors wouldn't even give you a shot at auditioning if you had any "real" martial arts experience.

So with that in mind I had to ask myself what really inspired me? I always enjoyed performing the action and had no real desire to be famous or become a celebrity.

So when Jeff Pruitt approached me to double Amy Jo Johnson on Power Rangers, I literally jumped at the opportunity to break into the American Stunt industry.

I don't think I have ever had more FUN on a show than Power Rangers. Maybe it was my youth and the fact that I hadn't been privy to all the ugliness that lies beneath the surface of Hollywood. I was fresh off the boat and oblivious to internal politics ( that came later on Buffy and was a real lesson in reality vs dreams )

The days were long and hot on the set in Valencia, California. Yet we were a tight, goofy bunch performing several fights per week. Hiam Saban was cheap with his pay checks, it wasn't until after I departed that the show, that it became a signatory S.A.G program. I later got my S.A.G. card on the movie "Fair Game".
However we all worked hard and honed our skills, we took every opportunity to practice new tricks and we grew in so many ways. I formed friendships with my stunt buddies that have lasted to this day:-) 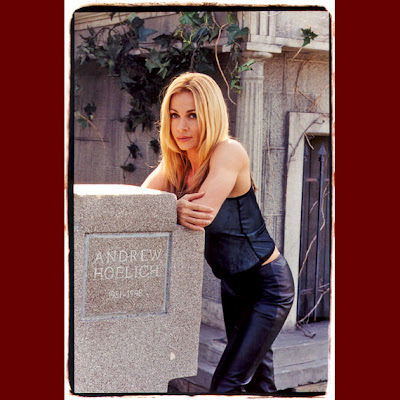 2. As you have done both, what do you feel is the differences between stunt work and acting work?

Well, one of the differences is obvious. You get the royal treatment when you are a lead actress. It's quite funny really, you're exactly the same person you were the week before when you doubled so and so... but when you are the "star" people tend to treat you better. They are kinder and suddenly have all the patience in the world! LOL

I have never kissed up to an actress, it makes them into monsters! I'm not rude either, not at all, I just try to keep it real. When you are talking an actress through a fight sequence, you talk softly but directly, if you get my drift?

The other real difference is the actual work that you do. Performing stunts on a television series day in day out is TOUGH work!! You are constantly sore and bruised and often have to muster up the energy to perform at 5.00AM after working 15 hours already. That's when you chug the Red Bull and stuff your face with chocolate to give yourself a boost.

This is such a loaded question because so many things happened on that show!! Yikes where do I start?
I think without going into too much detail, many aspects of the show were truly special. I was in my element fighting vampires every week, the stunt guys and Jeff were amazing to work with. I enjoyed reading the scripts, the writing was quirky and I wouldn't just look for my stunts, I liked the show!
Many of the cast, crew and producers were fantastic but as the show became more and more popular, certain people changed. 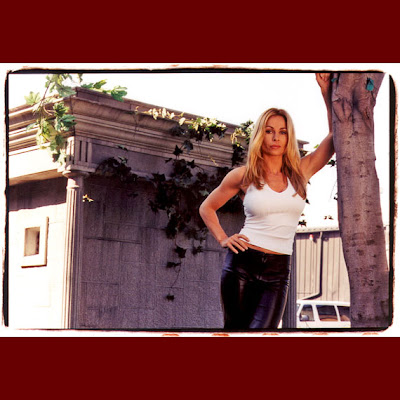 4. Do you ever get mistaken for Sarah Michelle Gellar?

The only time I ever got mistaken for Sarah was when I was in the same wardrobe as her on set. Sometimes when we were shooting on location fans would hang out waiting to see her. I would wave and say, "Hi guys.. but you know I'm not Buffy!"

A couple of projects fell through for me this year so I am going on a bus trip across America & Canada with my darling husband and our two dogs. I plan on starting my Memoir:-) 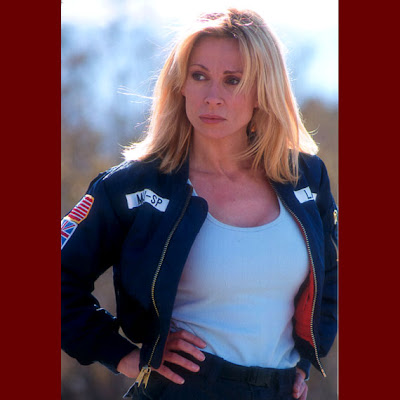 Just a quick addendum to your blog.
I will be attending Power Morphicon at the end of August in Los Angeles. Date TBD.


So there you go! I hope everyone enjoyed that. I certainly did.
What did you think of this interview? Please comment, or email me directly at mgbouw@yahoo.com.au
Until next time!
Posted by Straight To DVD at 6:07 PM