The Assassination Of Jesse James By The Coward Robert Ford

Whether a Brad Pitt fan, or a historian fan for the old west, there's plenty to love about this film.
Here's the trailer.
http://www.youtube.com/watch?v=qp2ppYB9fDo

And here's one of the movie posters. 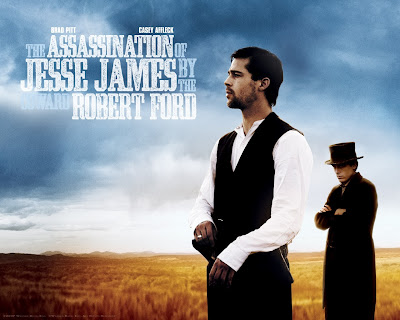 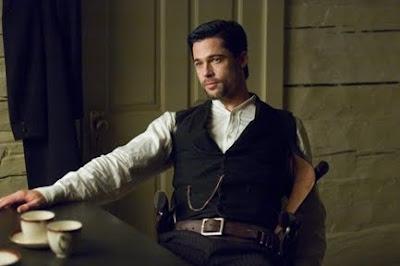 Throughout the movie I had to keep reminding myself that he was playing Jesse James, not Billy The Kid. For some reason I was getting confused. 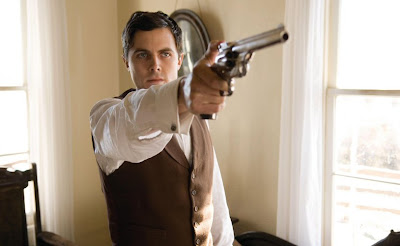 Casey does a fantastic job of making you not like him. From the moment he appears on screen you'll struggle to find something redeemable about this scrawny little weasel.

Here's Sam Rockwell as Charley Ford, Robert Ford's older brother. Charley is also the means by which Robert comes into contact with Jesse. 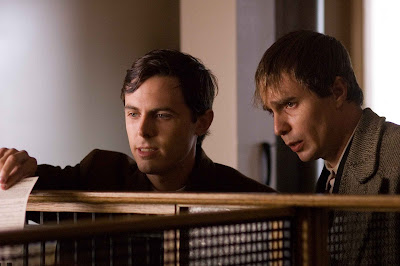 I've always enjoyed Sam Rockwell's characters. He's an interesting actor to watch, and none more so than in this film. 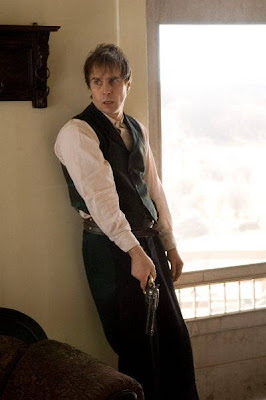 So for your enjoyment, here's a few more images of Sam as Charley Ford. 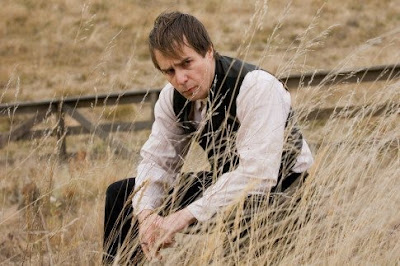 I first saw Sam Rockwell as Teenage Mutant Ninja Turtles, but the first time I really noticed him was alongside Nic Cage in the film, Matchstick Men. Sam was great in that little film.

Playing the role of Jesse's wife, Zee, is Mary-Louise Parker. Zee is very much a background character and as such not one I realised was actually on screen until the moment in the film everyone has paid to see. 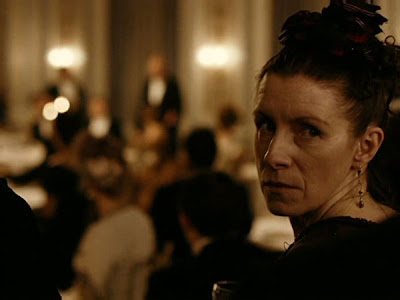 You know it's coming. This is a VERY slow film, running at around 2 and a half hours. You need to be steeled down to watch this and dedicated to the source material to not fall asleep half-way through.

Thankfully the actors involved are all very interesting, and as such interesting to watch on screen. 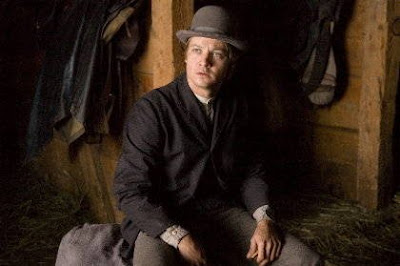 The director of this film also did the Eric Bana movie, Chopper. I recently re-watched Chopper and it still stands up as a top film.
A bit brutal, but that's what makes Andrew Dominik the right director for The Assassination Of Jesse James By The Coward Robert Ford. 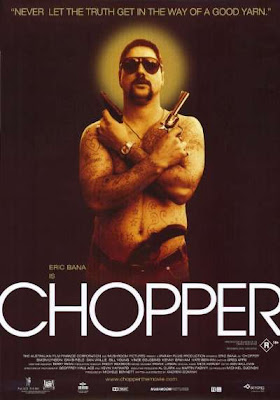 You might be wondering just what made Robert Ford a coward. Well, that's one of the many interesting things about this movie.

I do have one criticism of this movie however, and that is the pacing. As great as it was seeing Brad Pitt portray Jesse, I actually found everything after the assassination to be a lot more interesting.
The movie could have been half of Jesse alive, and the remaining half being post-Jesse.
I had read that there was some editorial problems in post production and that the originally shot film ran for 4 hours.
I would love to see that 4 hour movie.

All up I give this movie an 8 out of 10.
That being written, as I also wrote above it'd help if you were a Brad Pitt fan, or a history fan of the old west, to really get a full appreciation of this amazing movie.

What did you think of this review? Please comment, or email me directly at mgbouw@yahoo.com.au
Until next time!
Posted by Straight To DVD at 9:46 PM