I have seen the original Hellboy movie more times than I can recall. It was released the same week my brother and I flew out to London so I watched it on the plane pretty much over and over again.
Whilst we were in London I also happened to meet the director, Guillermo Del Toro. Really nice guy, and the original is a really good movie.

This second movie however... Not so great. 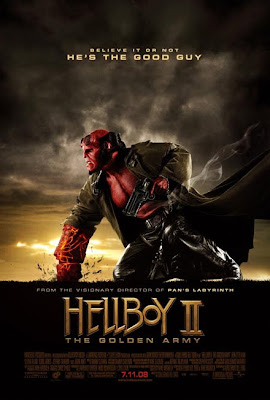 Now, judging from this trailer I thought we were in for another great movie. A fun ride which I would love.

But what we got was cringe-worthy scenes, predictable storyline, and tiresome characters.
The singing scene is one of the worst, I have to say. 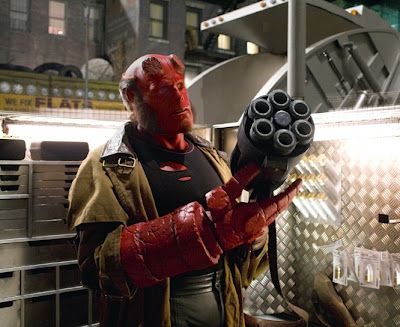 Ron Perlman is back as Hellboy, and he does a good a job as he did in the original movie. I can't fault him there.

But something about this movie just feels off. 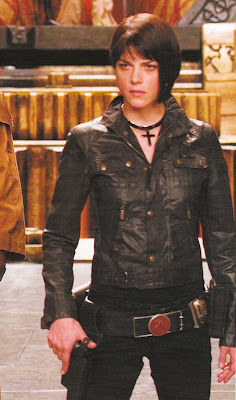 And it's not Liz Sherman's (Selma Blair) haircut.
A plus though is that she's less of a whinger in this movie, which is good.

What I think it is is that Guillermo Del Toro was given a much wider scale with which to flex his creative muscle. Maybe too much as I feel he goes a little overboard with the visuals.

The movie looks good, it certainly does. But it feels more like a Guillermo Del Toro movie than a Hellboy movie. 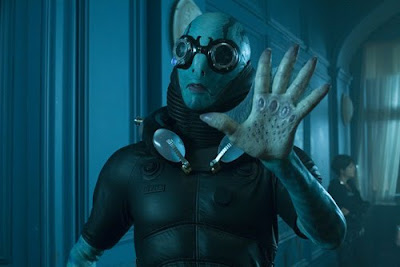 Abe Sapien (Doug Jones) returns, and this time he is voiced by Doug Jones, not David Hyde-Pierce. You do notice the voice difference, but again, only if you've seen the original as many times as I have. 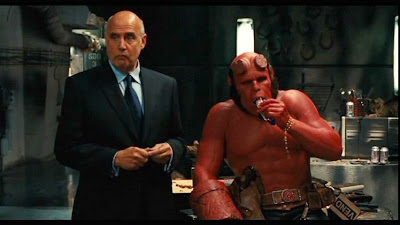 Agent Manning (Jeffrey Tambor) is still leading the BPRD.
In between filming the original and the sequel Jeffrey starred in Arrested Development, which opened up his actor skills to a much wider audience.
I think his Arrested Development fans enjoyed his turn here. I know I did. 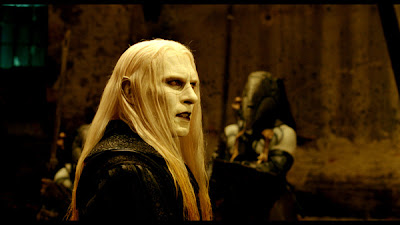 Prince Nuada (Luke Goss) is the resident bad guy for this film.
After all the amazing characters Guillermo packs into this movie, Prince Nuada seems like a bit of a letdown.
He's story certainly is. It feels tired and "been-there, seen-that."
For those of you who remember Luke Goss, he was in the band Bros. 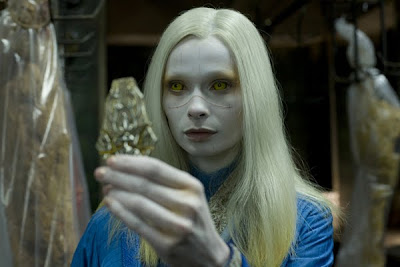 Here we have Prince Nuada's twin sister, Princess Nuala (Anna Walton).
For the most part Anna does a good job, however she's not given too much to do.

There's a whole thing about if one twin is hurt, the other one feels it. I thought that was a bunch of hooey.
I'm a twin myself and I can tell you, if my brother nicks himself shaving, I certainly don't feel it.

Another scene which really gets my nerve up is the final scene in which Hellboy, Liz, Abe, and Johann (below) quit the BPRD. They're reason for doing so is because they want to be true to themselves.

Despite Liz being pregnant with Hellboy's twins.

When this movie was released my son was one month old. Times were tough. Money was tight. As such I certainly wasn't about to up and leave my job so that I could "be true to myself."

Frankly, I find it all a load of crap. 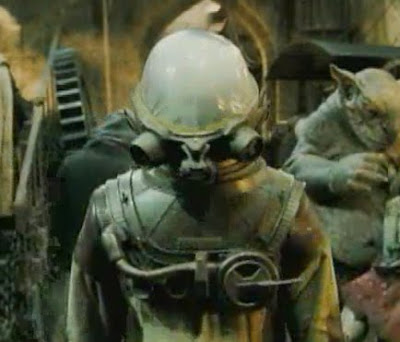 Now, Johann. Johann is a spiritualist whose body died during a seance. As such he's spirit form had no where to go, so the BPRD built him this suit.

I was really looking forward to seeing Johann on screen, and being voiced by Seth MacFarlane of Family Guy fame, I thought we were going to be in for a treat.

Again, something feels off about Johann.
Maybe because he isn't given too much to do here?

Ultimately I feel there was too much Guillermo wanted to pack into this movie, and not enough time was given to do so properly.
Also, things were played up on which should have been discarded.

So, I give this movie 5 out of 10. It's a visual feast, and if you haven't seen the first movie I recommend you see this.
However I won't be watching this again.

What did you think of this review? Please comment, or email me directly at mgbouw@yahoo.com.au
Until next time!
Posted by Straight To DVD at 9:13 PM