The Hollywood story has always fascinated me. From the glamour to the seedy underbelly, it certainly makes for some very interesting stories.
The man whom I believe has captured these stories in their purest form is John Gilmore, who I had the pleasure of interviewing some time ago.

John was a close personal friend of Marilyn Monroe. Please read below for some fascinating insight into what she was like as a person.

I hope you enjoy. 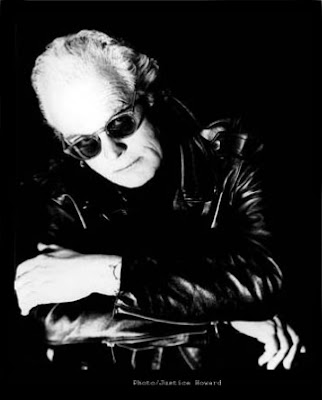 1. Certainly have loved some of your published work to date, so wanted to ask, what compelled you to write about Hollywood?

I’m writing about what I know. I was born in L.A., and have lived most of my life (a few years in New York [as an actor!], New Mexico, Louisiana, and Paris, but basically all of that time was Hollywood related. I was back and forth like I lived in a revolving door.Tomorrow I land on 3rd Base, if I make it through the night (as the song goes). My 75th birthday since that first in the Charity Ward of L.A. Country General Hospital, 1935, the year Roosevelt signed the Social Security Act. My parents broke up when I was six months old. Neither wanted the responsibility, so I was placed with my grandmother—or fostered, another way of putting it. She raised me until I was eleven. I was a kid actor; started in little stuff, worked at Republic Studios in a Gene Autry movie (the crown of my kid acting, though it was probably left on the cutting room floor). I did L.A. Police safety films. My life was the movies, and radio. I did a number of radio spots, and still other ‘background’ at Republic Studios. When all the riders race past, I was the kid looking after them, waving away the dust.My mother had been a bit player at MGM before I was born. She’d been a drinking buddy of Jean Harlow, and Dolores Del Rio. She’d been an extra in Hell’s Angels, which I’ve never been able to track. My father had been a frustrated actor since Belmont High School, 1928-’29. I developed an overwhelming desire to be a star. Now, I’d been writing since the start, on my grandmother’s old closet-living Underwood, but even as I drifted through English and Theatre at Hollywood High School, I scoffed aside all sparks of writing in favor of my obsession for movie stardom. I never realized writing’s what you should’ve done; the drive to be a star cancelled impulses to do otherwise.At sixteen year of age, I was often in Mocambo, the Crescendo, other Sunset Strip nightclubs, sipping whiskey sours and Bombay and tonics with people like Johnny Ray and others, major players in the industry. Even a few evenings in Ciro’s.The fact that I wasn’t gay presented blockages in the road to stardom. I confess a mixed aversion to it since the sexual intrusions by a step-brother a little older than me, someone I never liked. The relatively easy slide into stardom could’ve been more easily slid if I’d played it gay. I was really too young to fit all the ends together. But John Darrow, who stars in Howard Hughes Hell‘s Angels, and other pictures before switching roles to being a theatrical agent and Malibu Real Estate developer—the Darrow Development Company, was a mentor of sorts, and I confess I did not mind the physical contact as he was a sort of surrogate father, while I intimately knew his nieces, the Darrow Sisters, featured on the cover of Life Magazine. I knew Gwen Verdun, Elaine Stewart, Vikki Dugan, other starlets no one remembers, during those Malibu days.Long story short: I had mentors at this time and a little later: Ida Lupino and John Hodiak. Both convinced me I should go to New York. It was through John Hodiak in 1953 that I first met Marilyn Monroe. My friendship/relationship with Marilyn would continue off-and-on for several years, from Hollywood to New York, and back to Hollywood, and back to New York again, then back to Hollywood (not at all an unusual bouncing for people in the industry). I managed over the years to do substantial work in New York, was associated with Actors Studio (actually transcribing the lectures of Lee Strasberg for a book they intended—actually very boring). Marilyn and I ran into one another a number of times during this period time. We were basically like two lost sheep swinging through the field of coyotes.But back in ’53 when I was in New York, I met and became friend with James Dean. I’ve written two books about it, The Real James Dean, and Live Fast, Die Young: Remembering the Short Life of James Dean. Later, in New York, I met Jane Fonda, and others; Jean Seberg. I was in Paris to do a picture with Jean which didn’t pan out; but I had a ‘friendship’ with Brigitte Bardot and others (mentioned in my book “LAID BARE”). I did TV back to back, several pictures for Fox, then starred in the L.A. production of William Inge’s LOSS OF ROSES. Los Angeles Examiner Theatre Review, August 19, 1960: “The player who has the smoothest going is Jonathan Gilmore, who gives an errorless performance as the son: low-toned, undemonstrative, smoldering—but touched with the grace of humour.” My agent at the time, Lester Salkow, his clients Raymond Burr, Claude Raines, etc., got me back to Fox with Jerry Wald for a co-lead in Inge’s movie of the play, to star Marilyn.One of my closest friends, Curtis Harrington, who was Jerry Wald’s associate, opened the doors for me—the road to stardom. However, Marilyn’s problems with a picture in progress, Something’s Got to Give, resulted in her being fired and the entire Loss of Roses project flew into the air. During that time, just before she was fired, Marilyn and I had a number of meetings, and dinner at Ernest’s, a long-gone La Cienega restaurant, and she was at my place on Melrose, just off La Cienega. The movie to star both of us hit the rocks, and while I was in two more movies at Fox, I never saw Marilyn again. Jerry Wald died in July, and Marilyn was dead in August of ’62. Kim Novak quit the business, and I made a similar decision. Via Curtis Harrington, I began to write scripts for low-budget producers, who wanted to use Curtis as a director. I wrote about a dozen scripts—was paid for all but none were made. Not unusual at all.

2. What do you think is people’s fascination with the macabre side of Hollywood?

All of the above was lived in a glass bubble like an apothecary jar. No relation to the real world outside the bubble. The ‘real’ life in Hollywood was lived within a closed circuit, so the deaths, suicides, scandals, etc all were like well-kept, sat-upon secrets. Only after the collapse of the major studios did the glass roof seem to bust, and every half-wit writer has jumped in to “sling out the dirt.” And there’s really more than a truckload to deal with. People in general love to be informed about stars who wreck their lives.

3. What interests you, as a writer?

Life and death interests me as writer and that fine line between reality and unreality that gets its paws into people’s souls. 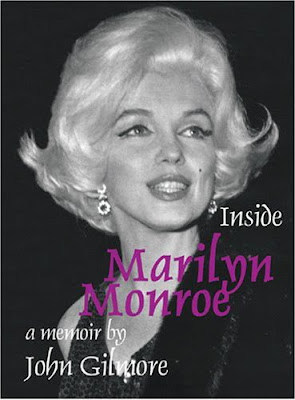 4. What fascinated you to write about Marilyn Monroe?

Marilyn was one of the most important people in my life. She is a kind of fulcrum at gut’s level. She has remained so for the past 48 years. There wasn’t a major hullabaloo after her death, as there is now, with the million dollar auctions. I did not even want to write about her. It was just too personal. I was talked into it by the French Connection Press, in Paris, people there I am dearly close to. However, while a book was planned, we couldn’t come to terms and another publisher grabbed the project, and that’s how my guarded memoir came into being. I speak each year at her Memorial in Westwood, California, where her body is entombed, and the 50th will be up in a couple years. I might end my yearly contribution after the 50th, as actually and in a real sense, it leaves me too much regret to drag it on. 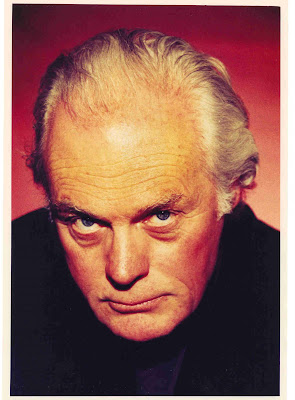 A major novel about a boy who becomes a movie star for drive-in movies. A period piece entitled HEARTBREAK HIGHWAY. 1950’s to early 60’s; Joplin, Missouri, Hollywood, New York, Hollywood again and then Honolulu. After that I’ll finish a book half done on Bonnie & Clyde; I was contracted with a publisher who has gone out of business. Uh, what else is new, right? Then there’s a novel about a bowling queen set in the Mojave Desert, and another publisher is after me to write a second book of memoirs. I write only what I feel. I have no interest in TV; haven’t watched it over 20 years. I have no interests in commercial writing and I don’t care what anyone else does. Most everyone I knew during the “Golden Age of Hollywood” are dead. For years I struggled over a love/hate relationship to Hollywood—my native soil. Now I simply see it as such—my native soil. But I do miss some of the very special people I’ve been with in my life.


Thank you very much for your time with this interview John. For my readers I highly recommend you view the following website in relation to this interview;

My sincere apologises for the delay in getting this interview on to my blog site.

What did you think of this interview? Please comment, or email me directly at mgbouw@yahoo.com.au
Until next time!
Posted by Straight To DVD at 5:17 PM