The idea of a supernatural western might seem like a good idea on paper, but the final product might not be.
Renegade, or Blueberry as it is known in France, is loosely based on the European comic book Blueberry. I've never read the comic but I was intrigued by this movie.
Especially the cast.

After watching the movie however I felt they should've done away with the supernatural theme altogether, and what would've been left would have been one of the best Western movies out there.

I can see why the supernatural aspect was in there though.
Here's a clip of the film.
http://www.youtube.com/watch?v=POmzRtSE2FU&feature=related 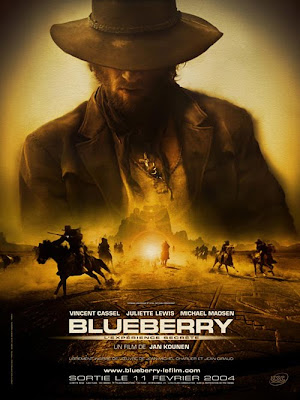 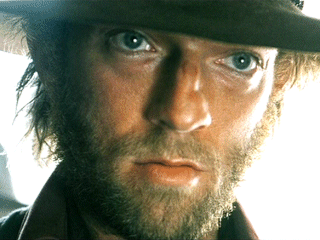 The casting of Vincent Cassel as Mike Blueberry is truly great. Cassel was originally going to be cast as Prosit but he brings so much more to the main role. A tortured character who is looking out for the town he is marshaling. 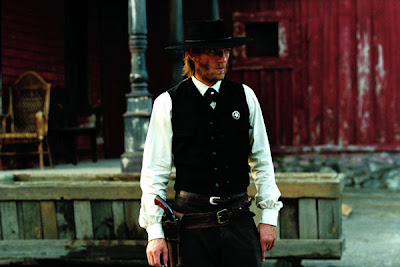 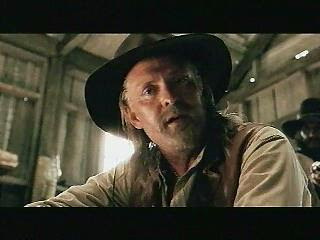 Playing the bag guy with ease is Michael Madsen. It seems that Madsen stepped into the role of Wallace Sebastian Blount about six months before production of this movie started.
I wouldn't be surprised if he reprises the role at home in his spare time. 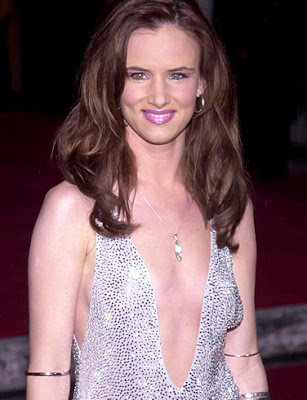 Cast as Maria Sullivan is Juliette Lewis.
I'm not a Juliette Lewis fan in that I'm not actively seeking out the movies she appears in. If she happens to be in a film I'm watching, I'm fine with that.
Juliette is good in this film, up until the part in which she breaks out in song. Urgh.
Later in the film she gets her gear off. I've located the footage if you're interested...
http://www.celebritymoviearchive.com/tour/movie.php/9189
If you clicked above and that was your whole reason for watching the movie, I just saved you 2 hours.
I suspect Juliette agreed to posing nude in this film if she was allowed to sing, and the singing was not cut from the movie.
I couldn't get past it though. All I'll say is, I'm not a fan of her singing. 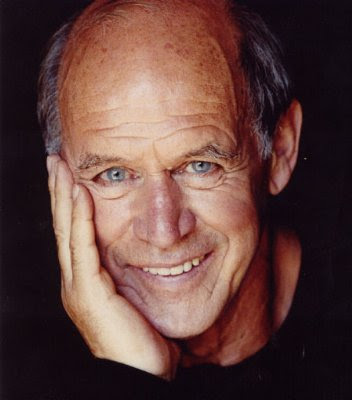 Cast as Maria Sullivan's father, Greg Sullivan, is Geoffrey Lewis. Fans of Geoffrey know he was Uncle Frankie in the Jean Claude Van Damme film, Double Impact.
Greg Sullivan is a ranch owner, and Geoffrey suits the role perfectly. When I saw his name in the credits I knew we were in for a great Western.
Geoffrey Lewis did not disappoint. 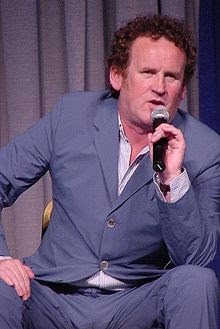 Neither did Jimmy McClure (Colm Meaney), as Mike Blueberry's deputy. Jimmy brings some much needed humour to this movie.

Runi is Mike Blueberry's boyhood friend, and I was surprised to see Temuera Morrison (Once Were Warriors) in the role. In fact it wasn't until the end credits did I realise it was Temuera.
Runi spends a majority of his time blowing through his hands.
Watch the movie and you'll get what I'm talking about. 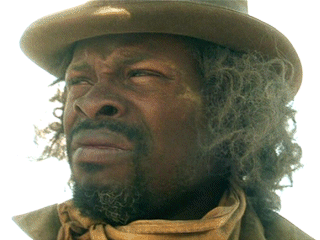 Woodhead is played by Djimon Hounsou.
I can't say too much about Woodhead, but you should see what happens to him. Whew. 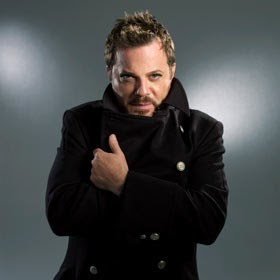 Prosit (Eddie Izzard) is a geologist, and moves the plot along nicely.
He is marking out the lay of the land, and along the way has discovered "there's gold in them thar hills."
That's when the fun begins, thanks to Wallace Sebasitan Blount and his men. 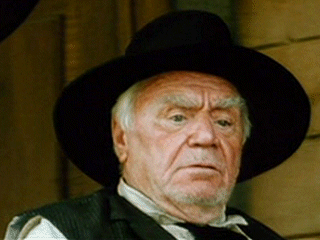 Now, Ernest Borgnine.
He is the main reason I watched this movie in the first place.
I'm a fan of Ernest, and I was very surprised to see him in a Western. I didn't really know how well he would go, but I shouldn't have been so trepid. Ernest plays the role of Rolling Star, and he does so perfectly.
My only criticism is that he isn't in the film enough. 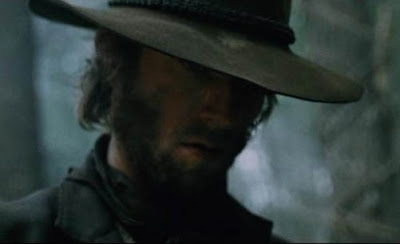 And it's a dark film at that. Just check out Mike Blueberry here. Yep, dark.

If you want to discover the world of Blueberry for yourself, here's a link to the book.
The Blueberry Saga: Confederate Gold

And the movie.
Renegade (aka Blueberry)

All up I give this movie 4 out of 10.
I wanted it to be good. And with this cast there's no reason it shouldn't have become a blockbuster Western.
The supernatural aspect really kills it though.
I will recommend it to all Western movie fans though. That part of the movie is simply incredible.

What did you think of this review? Please comment, or email me directly at mgbouw@yahoo.com.au
Until next time!
Posted by Straight To DVD at 5:51 PM