I certainly love bringing you celebrity interviews, but then there are times I just get jump up and down with excitement about whom I'm actually interviewing.
Mike Farrell was one of them, so was Erica Hosseini for her X-Men: First Class exclusive.
Jason Marsden is another.

Those of you who know Jason recognise him from Step By Step. He has also down a lot of voice-over work, as well as appeared as Burt Ward/Robin in Return To The Batcave.
I hope you enjoy this very personal, extremely candid interview with Jason. 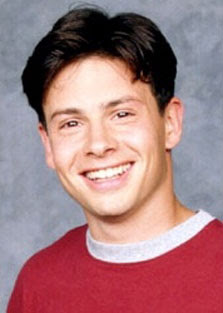 1. What can you tell us about portraying Eddie, on Munsters Today?

It was my first big role! I was twelve and just starting out in the biz and it was my first series. My big break. I was already a Munsters fan, so it was kind of surreal that the opportunity came my way. We did three seasons and I got to work with some amazing actors. Not just our main cast, John Schuck (MASH), Lee Meriwether (Batman 60s Feature Film), Howard Morton (Gimme a Break), but each week a different legend of show biz. Plus, our last two seasons were taped at Universal Studios Hollywood. Back then, there was very little issues by way of security, so I had the run of the Back-Lot as my own personal playground. Seriously, I lived right across the street, I knew the guards, so I would ride my bike over on the weekends and play in and around all the old facades: NY street, the Psycho house, the King Kong ride and more. Too much fun. Never be able to do that now.
Plus, growing up, like going through puberty, playing such an iconic character that required make-up and cool costumes kind of set me apart from most other teen actors in my category. Made me more unique and noticeable to...well, the gals I was interested in. It was always easy to invite someone to the set.

2. You’ve gone from playing Eddie Munster, to Robin the Boy wonder, to a whole number of iconic cartoon characters. How do you prepare for roles such as this?

Technically...I played Burt Ward (Return to the Batcave movie of the week), but I did get to wear the outfit! As far as preparation is concerned...it really is all about the outfit. Once you have the script in hand, lines memorized, the last piece of the puzzle is make up and wardrobe. It helps immerse you into the character. With animation it's a bit different, they show you a picture. You have to decide how that image should sound, instinctively, and hope that your gut choice was the right one. 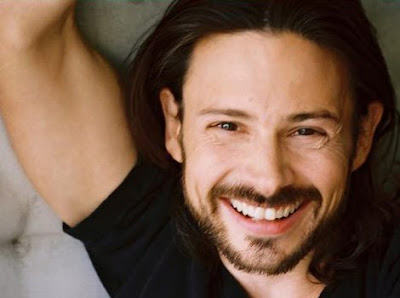 3. What can you tell us about your work on Step By Step?

I joined the cast in the middle of their 5th season and they welcomed me like I had been there since season one. Again, worked with an array of amazing talent, got to make people laugh every week, and if I was lucky...kiss Stacy Keanan (who played Dana, my gf). A highlight was when they took me to Disney World with them for a two-week, all expenses paid two-part episode. They treated me like family. Oh and Suzanne Somers was a doll!

4. You certainly shine in family-friendly humour. What would you say is your comedic strength?

5. Can you please tell us about your portrayal of the young Burt Ward/Robin the Boy Wonder, in Return To The Batcave?

I'm a big Batman fan, so this was a treat. I mean I have a tattoo of Batman on my shoulder. The Bruce Timm, Batman, from the late 90s Animated Series. My dining room is completely Batman! I love my wife for letting me keep it that way. Needless to say, it was a kick to walk in the tights of Burt and re-live some of the most exciting moments in that particular history. I remember going to dinner with Burt before we started shooting, to ask questions and get some character advice. I was pleased that he didn't seem too worried that I was gonna make him look bad and I hope I didn't. The highlight of that shoot was recreating the famous "Wall Walk", where Batman and Robin must scale a building...as they did on certain adventures. Of course the building was built horizontally and the camera was tilted vertical to make it appear as though we were walking UP. It was one of the few moments in the project where we get to actually BE Batman and Robin. On that day, Burt and Adam were both on set, watching us. It was a true thrill. I told everyone (and feel free to cut this out if it's too blue for your blog) that they had to shoot me from the waist-up, because I had a hard on the whole time! 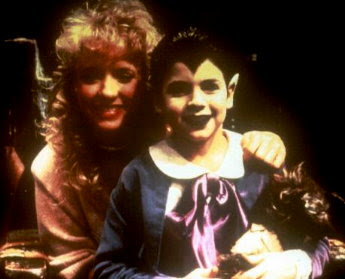 6. Have you ever done an convention work, such as the San Diego Comic Con?

I have. I've attended the San Diego Comic Con as a guest and will be returning as so this month. I've been invited to the Star Trek Convention for my work on Deep Space Nine and have been invited to a few others. I love conventions and meeting the fans! I even attend on my own, just to be a fan myself.

7. Is so, would you consider coming to Melbourne for the Armageddon Convention?

I would be delighted. Have your people call my people ;-)

8. What is coming up next for you? 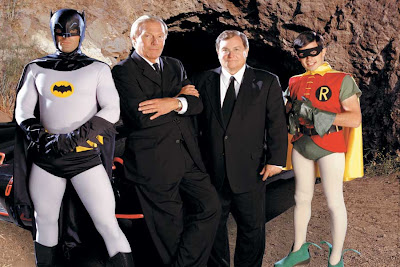 9. Is there an event or charity you would like to bring to our attention?

My wife and I own a Yoga studio here in Burbank. (We even have ourselves our own Aussie instructor). Yoga is a 4000 year old practice that has certainly changed my life and I've seen its benefits enhance the lives of many. A common misconception is that you have to be flexible or be able to wrap your legs around your head to do yoga...which is not true. Yoga is meant to enhance your everyday life, more than just the Asanas (the poses). As we say, a good practice can be taken on and off the Yoga mat. I encourage your readers to please check out your local Yoga Studio, I mean a real mom and pop, privately owned studio and give it a shot. Yoga can help with physical and mental ailments from back pain, to insomnia, from lack of flexibility to building strength and confidence. Yoga is meant for ALL ages shapes and sizes. If you have personal issues like lower back pain, or wrist or knee issues, make sure to bring this up to the teacher so they may modify the pose so it works for you. I believe, 100%, that if everyone on our planet added a little Yoga to their lives, there would be peace. For now, I'm willing to settle for just you...who is reading this right now.


Thank you very much for this interview Jason. I hope you enjoyed your time at San Diego. Of course we'd love to see you here in Melbourne for Armageddon.
To my readers also, if you want to see Jason at Armageddon, let me know.

What did you think of this interview? Please comment, or email me directly at mgbouw@yahoo.com.au
Until next time!
Posted by Straight To DVD at 6:47 PM