From Star Trek to I, Spy, Garth Pillsbury appeared in some great tv shows.
When the opportunity came up to interview him, I simply could not let it slip me by.

I hope you enjoy my interview with... Garth Pillsbury. 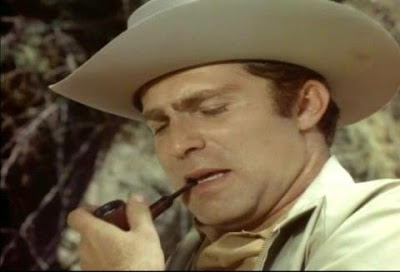 1. How did you get involved in acting?

I first became involved with acting when I appeared as a 10 year old in the play "I remember mama" in Portland, Oregon. I had an aunt there and would visit her upon occasion during the Summer months. My mother and Stepfather were both artists. My mother was a sculptress and never lived in any one place for more than about 2 years. At the beginning of my remembrances of my childhood we moved around the San Francisco Bay area quite a bit. Then when I was about 12 we moved to Mexico for about a year. Then to Texas for about a year. At about this time we gathered up our belongings and moved to N.Y.C. For some reason or other I decided just before we left for the big apple I wanted to be an actor. Upon arriving in N.Y.C I auditioned and was accepted into the "High School of Performing Arts". A high school that catered to those interested in dance, music or drama. Hollywood made a film about this high school several years ago called "Fame".
2. What is it like to be involved in television?

I've worked as an actor in two different areas of T.V. Soap Operas and episodic T.V. At the beginning of my doing Soap Operas it was quite nerve racking for in those days they had no way to edit the tape and if a mistake was made they had to back up to the previous break and start over. The parts I did on the Soaps were small. Hired for the day. A lot of pressure for they'd be shooing a whole script on one day. So I was often worried that if I made a mistake and cost the studio the money to start the scene over again, the word would get out not to hire me again. Of course leads and movie stars really don't have to worry about this. For after all at that point they need you.
Episodic T.V. was being shot on film and I never felt the same pressure, for there they could just re shoot that scene only and if need be there was more time to rehearse.
3. Is that a medium you prefer to work in?

A problem (at least for me) in doing a film as an actor it is quite disconnected. You can shoot the end of the script first, then go to the beginning, etc.,etc. So you, or should I say I, don't get into the flow of it.
During the filming of "Mirror, Mirror" (Star Trek), Shatner wouldn't let me throw the punch at him when he exited the elevator. Probably felt I might be to zealous and accidentally really hit him. Can't say I blame him even though I knew I wouldn't connect.
4. What particular projects attract you as an actor?

An actor wants to work. Television and film pay extremely well. One is treated very, very well on the set. I personally believe film and T.V. is a director and editor's medium and really not an actors medium. In terms of really getting ones teeth into a part as an actor, stage is where it at. One can be a somewhat poor actor in film and be made to look quite good. This is not true for stage work. There's no retakes, no cut aways, no editing. It really just you up there. Good or bad. 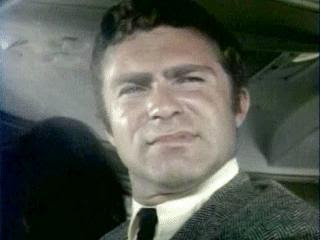 5. Have you done any convention work for the shows you’ve appeared on?

In August of this year I'll be at a "Star Trek" convention in Las Vegas. This will be my first.
6. What’s coming up next for you?

Starting later this month I'll be getting involved with a group that does classical plays and Shakespeare. Hollywood is not a theater town. Although there are quite a few small theater groups. It's rather rare for an actor to land a part either in film or T.V. from his or her work in theater. But as I mentioned, actors want to work. Even if upon occasion they have to pay to be involved. 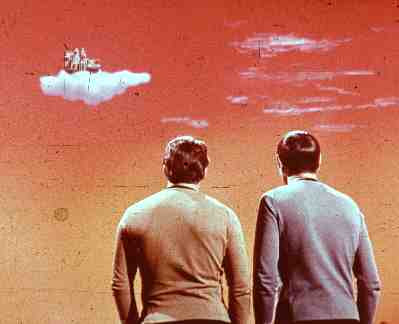 Cheers.
Posted by Straight To DVD at 3:39 AM