To begin with, I hate this movie.
I just hate it. Cannot stand it. 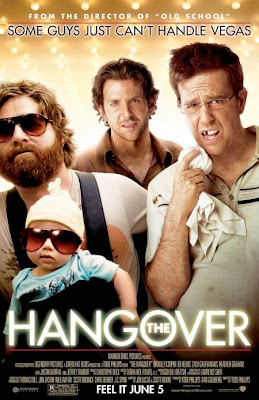 Quite simply, this movie is for wankers.

The movie caters for the type of person who doesn't appreciate the life they have, and want to get away from it all at every possible moment. 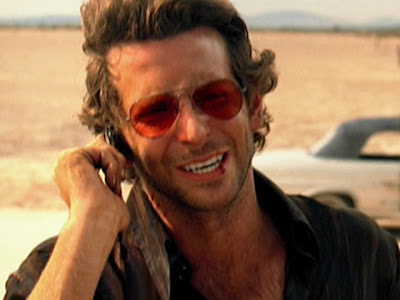 The typical wanker who'll like this movie is exactly like Phil Wenneck (Bradley Cooper).
Phil's got a good job, a wife and kid, but pretty much the first words to utter from his smart mouth are "I hate my life."
In the next scene, the wake-up morning after scene, we see a woman walking out of Phil's bedroom, alluding to the point that they've slept together.
Yeah, just the person I want to follow for the next hour or so as the plot pans out.
Guys like Phil need a firm kick up the ass.

And the same goes for Bradley Cooper. The guy plays the same role over and over again, and I'll admit it's worked for him.

But if you're sitting there thinking Bradley Cooper is someone to look up to, and some one to be friends with, you'd be mistaken. He seems like just the type of guy who'll screw you over at a moment's notice, behind your back. 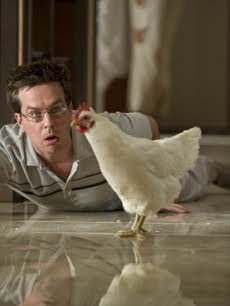 One upside to this movie is Stu Price, played by Ed Helms. I've watched Ed Helms in the US version of The Office, and I think he's hilarious.
He certainly plays the part right. 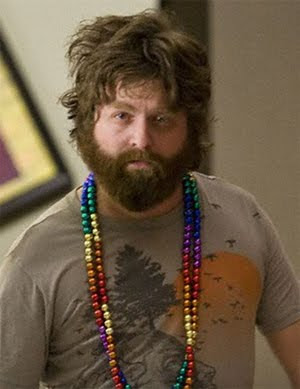 Another drawcard is Alan (Zach Galifianakis).
I'm not a fan of Alan's character as at times I find him to be annoying.
But that's he's appeal and I can see why so many people like him. 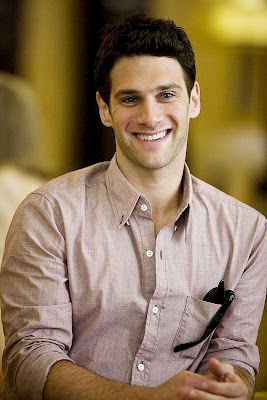 The one moving the story along is Doug (Justin Bartha), the groom.
I remember seeing Justin for the first time in Nicolas Cage's Disney movie, National Treasure. Each time Justin was on scene I just couldn't forget him at the end of National Treasure, revving the crap out of a high performance car, possibly destroying the engine.

A return to form (she's been in a few good movies) is Heather Graham.
Sure, she finally gets her boobs out in this movie, but that's the breast feed. So the magic is kind of lost.
She does have a few funny lines though. 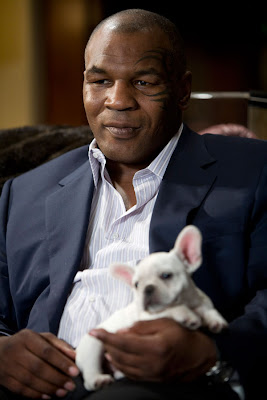 One role I did enjoy was Mike Tyson's, in which he played himself.
I'd just watched the Tyson doco, of which I may review here some time. As funny as Mike was in this movie I just thought of his doco, and what was going through he's life at the time I watched The Hangover.
Poor guy.

Now, my rating... Well, this is a road trip movie. I hate road trip movies from the get-go. They frustrate me. This one frustrated me in particular as the humour felt forced.
And most of the humour was humour I either didn't get, or just thought childish.

If you want to voice your opinion to this review please feel free to. I look forward to it.