Okay, I realise I haven't posted on this blog for a while. What can I say? I've been busy.
Busy getting some great interviews for you guys.
Case in point, Anthony Forrest.

For all of you who are thinking, Anthony who? Read on and you'll see Anthony Forrest is a great actor. And great actor to interview. 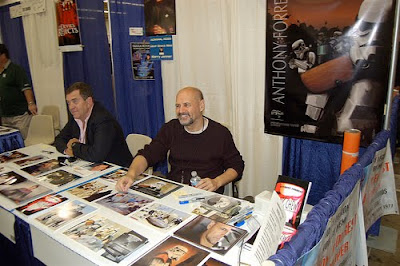 1. How did you become an extra on The Spy Who Loved Me?

As with a number of actors playing mainly American roles and based the UK, I was cast through the casting director who had cast me previously in another project contacing my agent. There were a number of us who were cast in acting roles as opposed to extras, to play characters as part of the crew USS Wayne. Fortunately, the small roles we did play were paid at Equity Union rates.
2. What can you tell us about your time on the set of the Bond film?

It was December and the James Bond sound stage at Pinewod Studios is vast in size and cold like a fridge. We played a lot of poker while waiting for the special effects teams to rig explosions, squibs etc. Lewis Gilbert the director was easy to work with, a real gentleman, I was fortunate he chose me to play the scene with Roger Moore as part of the bomb disposal team. As with filming large scale action sequences things can go wrong and the set did catch fire on one occasion during filming. Some of the explosions in the control room started to burn the set and the overhead canopy caught fire showering us in burning ash, Roger Moore included. 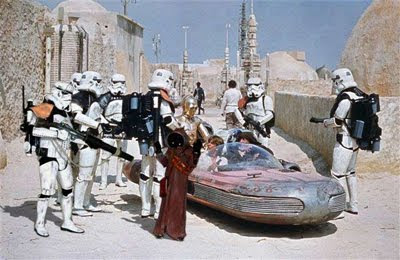 3. How do you find directing over acting?

The demands of the director versus the actor are totally different. As an actor you are part of the director's vision, as the director you are the vision. It helps to have the experience of being an actor; in working with actors, you naturally care about giving the actor the best possible environment to nail their performance and take risks, to push the envelope. As a director I have a clear vision and battle plan of preparation, but I also trust the people I am working with to contribute creatively, its a team game. You have to be a good quarterback. Things can change from moment to moment when you are filming, flexibility and the ability to adapt and improvise are important to me when directing. I prefer directing as I have always been a storyteller, I write volumes of work; scripts, plays, books, songs, that will probably never sees the light of day, but that doesn't bother me... I still keep doing it... it's who I am. I am engrossed in the journey of the story... once I start, I personally need to know where it ends. There is a point, in the story when I am creating, that the characters take over , and I am just along for the ride.
4. What preparation work do you do before each role?

If I am preparing for an acting role, I do my homework get the text out the way. I feel I need to know the scene blind-folded, to visual the moment. Then I forget everything I have put into breaking the character down... and come to the performance fresh and prepared to take risks... 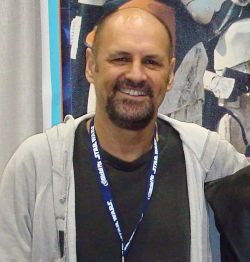 A huge thank you to Anthony for his time with this interview. I loved it.
I hoped you did too. Please feel free to comment below.
Posted by Straight To DVD at 3:10 AM