And now the final film in THE greatest story ever brought to cinema.
Okay, so my wife may disagree about that comment. In fact whenever she walks into the lounge room to see me watching Rocky Balboa, or any of the films from the Rocky series she always says, "Rocky? Again?"
Yes. There's a reason I've watched these movies over and over again.
And anyone who tries to tell you these movies are stupid boxing movies isn't seeing the big picture.

This series, at it's core, is a love story.
Here's the movie poster. 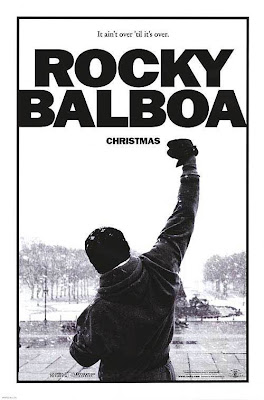 And here's the trailer;
http://www.youtube.com/watch?v=UWio-Umb424

When I mean this movie series is a love story I'm talking, of course, about Rocky's love for Adrian. But I'm also talking about Rocky's love for the sport of boxing.
For Rocky, boxing is his way of giving something to the world. And he's way of expressing to himself that he is worth something.
Now after 6 movies this message is hammered home pretty hard. 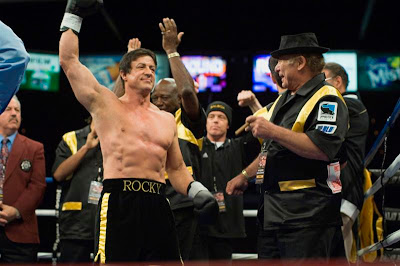 Here we have Rocky Balboa (Sylvester Stallone). And at the age of around 60 he's not looking too bad. He still has his bulk, and he's very convincing when he steps back in that ring. 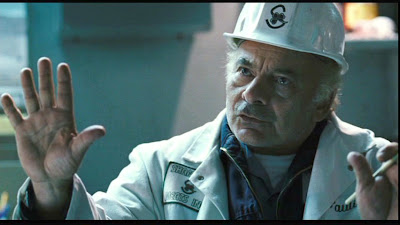 Back by Rocky's side is his brother-in-law Paulie (Burt Young). Paulie's still Paulie, and still working at the meat packing plant. 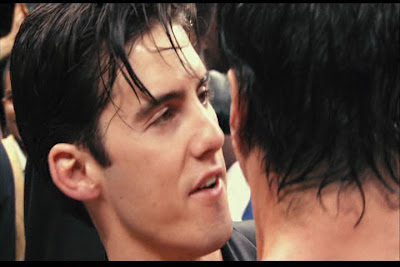 Here we have Robert Balboa Jr (Milo Ventimiglia), and here's where some of the movie concentrates.
Over the years since Rocky 5 a rift between Rocky and Robert has formed; growing wider and wider.
The idea of bringing Milo into the role rather than Sage Stallone (Sylvester Stallone's real life son) was to dispel any rumours of an actual rift between Rocky and Sage.
It's a smart move, and Milo brings a great weight to the role. 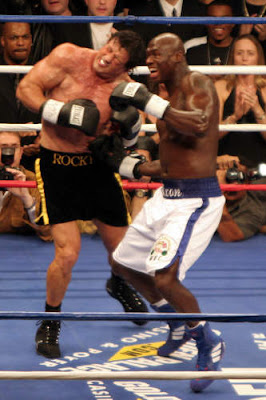 Clubber Lang, Ivan Drago, and my personal favourite, Apollo Creed. These were some great opponents for Rocky.
The inclusion of Mason "The Line" Dixon (Antonio Tarver) is almost an afterthought for this movie.
If you're going to watch this film and are expecting to see a long fight scene in the ring, you're going to be disappointed.
But as I wrote above, if that's all you think the Rocky series is, then you're missing the point.

That being written, Mason Dixon's role is a good one and Antonio Tarver has some great scenes.
And yes, the scenes in the ring aren't too bad at all. 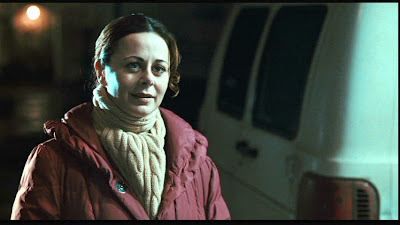 Along for the ride is a long-lost person from Rocky's past, Marie. I wouldn't say Rocky and Marie are long lost friends, or that they even knew each other that well, but Geraldine Hughes does some good things with the role.
And I like that Marie wasn't played up as a love interest for Rocky. That would have really spoiled the movie for me.
(And no, I didn't spoil the movie for you by revealing that). 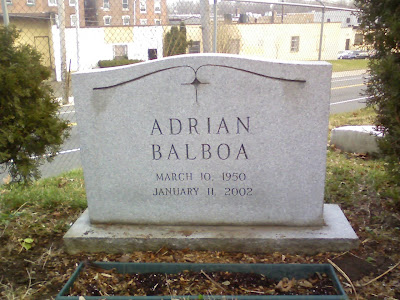 Yep, as you can guess, Adrian's long since passed on.
I read in numerous places that the work on a sixth Rocky film was held back from Talia Shire's disinterest in reprising the role of Adrian Balboa. I'm not sure how founded that story is, but if it's true than they certainly found a way around that hurdle.

Adrian's passing brings the story full circle, and gives tremendous weight to Rocky's continued desire to step back into the ring.

If you're wanting to be spoiled and know how it all ends, here's the alternate ending.
http://www.youtube.com/watch?v=1KtVcZqCFsY

For this movie I am giving it a 10 out of 10.
Yep, it's just that good. And the fact they decided to do this movie got the taste of Rocky 5 outta my mouth, so I applaud them for that.