Not failing to mention the many plays Steven's been involved in, I can promise you some interesting comments ahead from my interview with Steven Dennis. 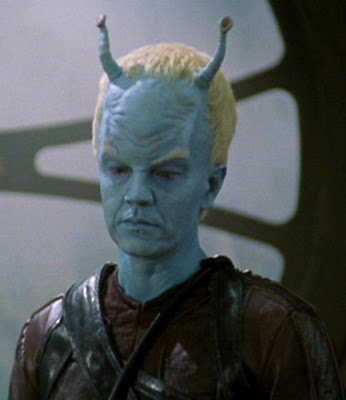 1. How did you get involved with the Star Trek productions?

It all began with an audition at Paramount Studios for the guest-star role on Star Trek: Voyager's episode entitled "Night". I was thrilled when they asked me to do it. The production team was very excited because the character was going to be a first: a head to toe alien, a species that had no need to clothe themselves. Things went well for that episode, and they began offering me subsequent roles. On the set of my third episode, I remember telling the casting director how much I appreciated these opportunities. He told me how much fun they were having casting the same actor in all these different characters. 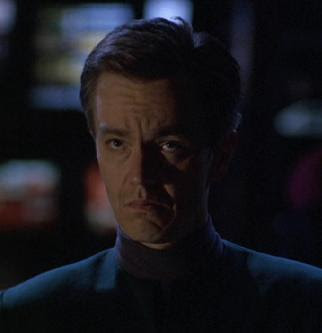 2. You’ve appeared as various Star Trek characters. How do you prepare for each role?

It is said that "character acting" is the highest form of the art. Each role was not only a challenging character, but a chance to play a completely different species! Preparing for the roles usually involved primarily two elements. First, understanding the meaning that the given circumstances had for the character, and what the stakes were. In "Night", I gave myself that I had lost a son to the crisis, and if I didn't get the humans to help us, my people would soon be extinct. Secondly is a character idea. There was a lot of running for that character, so I had the idea that this species might have a running form similar to a speed (ice) skater. For Tholos (the Andorian in "Enterprise"), my idea was a paranoid and irritable dominating commando. 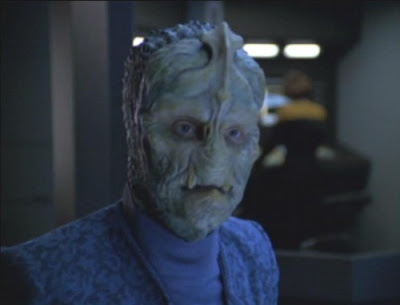 3. What do you like about the science fiction genre? 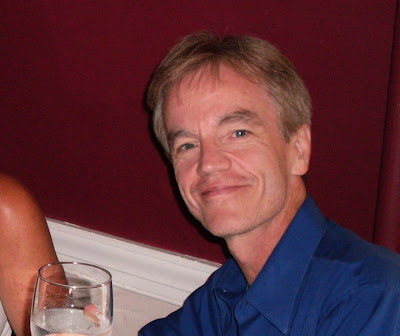 4. Have you done any conventions in regards to your Star Trek work?

Interestingly enough, I was ready to do the Las Vegas convention when I was asked to go to Stockholm and film a series of commercials. They were to be shot as if short films, and I'd never been to Sweden, so off I went. After that I was invited to teach acting at a wonderful university, and with that and acting, plus directing theater, my schedule didn't really allow room for conventions. 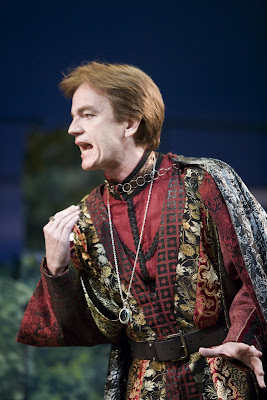 5. What would be a dream role for you?

What a great question. Perhaps Richard the Second in Shakepeare's play of the same title. I find it particularly fun to play terribly bad men who are redeemed, or seemingly wonderful men who are revealed to be princes of darkness. A role with a great character arc is always a nice workout. 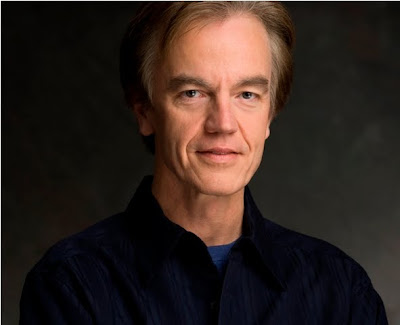 Attending the SAG Awards. After that, an independent film in development called Folk America, and directing a production of George Bernard Shaw's You Never Can Tell. This season I shot a pilot called Badges that I'm told is now being reviewed by ABC and FOX.

7. Is there a charity or event you would like to bring to my readers’ attention?

Yes, check out ClimateChangeEducation.org to learn how to get active in your community. There's only one spaceship Earth. 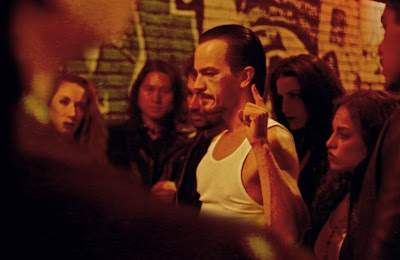 I want to thank Steven for the time during his busy schedule to take part in this interview. I sure did enjoy it.

Please let me know what you think of it by commenting below.
Until next time!
Posted by Straight To DVD at 2:04 AM