I remember when this movie came out I thought "I wouldn't mind seeing that" but as is often the case by the time I actually get around to seeing it it was gone from the cinema altogether.

and here's the movie poster 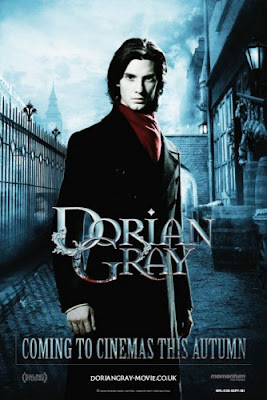 Those that know of the source material know this movie is based on the Oscar Wilde novel, The Picture Of Dorian Gray.
Dorian has a portrait painted of him and subsequently uses that portrait to contain all the wickedness in his life. Keeping his physical body (and mind) untouched.

Ben Barnes plays the role quite well. At first I thought he was just in it for the debauchery in the movie but as the film progresses Ben's required to do some things on screen... well, I hope he was paid well to perform... 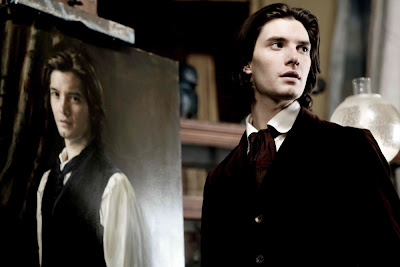 Running alongside Dorian Gray is the very married, very bored Lord Henry Wotton.
Colin Firth must be an expert at playing roles set in the Victorian era because he cannot be flawed in this performance.
He is a sheer delight to see on screen, especially towards the end. 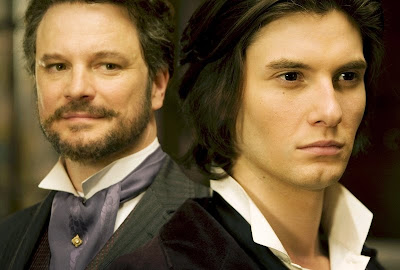 Dorian's first foray into the ladies is Sibyl Vane (Rachel Hurd-Wood) whom Dorian quickly proposes to.
It doesn't end well for Sibyl, who falls victim during Dorian's first dabbles into the dark side of life. 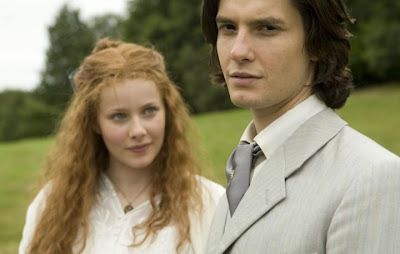 As with Sibyl, it doesn't end well for Basil either. Not well at all.
Meanwhile Dorian's soul is getting bleaker and bleaker. More depraved than we could possible imagine. 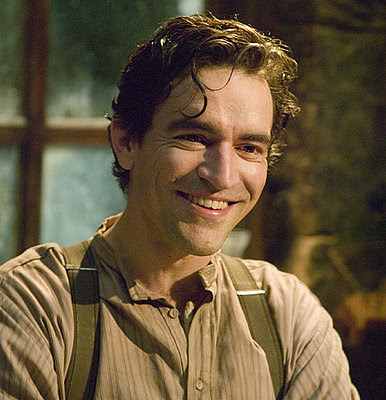 And imagine we do as by the end of the film you're wondering just what the portrait now looks like.
If all these things Dorian has done had actually affected him, what would he really look like?
Some 20 years on he still remains the same, and everyone else has gotten older.

This is when Emily Wotton (Rebecca Hall) steps in. Emily is Lord Henry's Wotton's daughter.
Lord Henry had reviled in Dorian's exploits, but how would he feel when Dorian sets his sights on his daughter?
Oh boy, you know it's going to get interesting! All up I give this movie a 7.5 out of 10.
It was a surprisingly good movie, even with the man-on-man rumpy pumpy about halfway through.
The film is an apt depiction of one man's descent into moral hell.
And it's kind of fun to watch.