I first noticed Shane's work in Batman Begins.
I then did some looking and discovered Shane's been in a slew of my favourite movies.
A few Bond movies, Doctor Who, Shane has also done voice-over work for the Thunderbirds TV series and films.
And my favourite, he was in Dr. Strangelove! How could I have missed that?

So it is an absolute honour to bring to you my interview with Shane Rimmer. 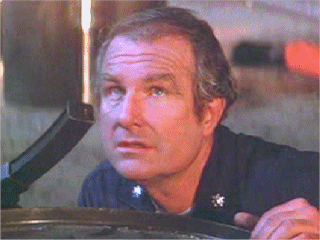 1. You appeared in 2 episodes of the Doctor Who story The Gunfighters, which had William Hartnell near the end of his run as The Doctor. What was it like to appear in one of (if not THE) most popular British TV shows of all time?

The Gunfighters was my first time live action British TV - it was a good opportunity to get that career going, plus the fact you were actually given more time to rehearse than I remember having in either Canada or the US. Taking on the transferring of ' Gunfight at the OK Corral ' story over to English TV was some undertaking - it was a most enjoyable experience.

2. You appeared in You Only Live Twice and Diamond's Are Forever, when 007 was at his height in popularity. When you starred opposite Roger Moore in The Spy Who Loved Me, there was intense pressure to make a terrific film, as the preceding 2 Bond films did not fare as well at the box office. Could you sense any pressure on the set, especially from Roger Moore, Cubby or Harry Saltzman?

No - everything has it's life span - the public is always questing for something new and Bond wasn't giving it to them. I think the advent of Daniel Craig as the Bond character is changing all that. They had no tension problems with Roger - he was unflappable. 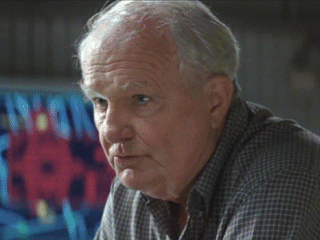 3. You have a long and much-loved association with Thunderbirds, due to your voice work as Scott Tracy, and there was an anticipation by fans that the 2004 feature film would rekindle everyone's love of the show. How did it feel when the film did not meet box office expectations?

The entertainment industry is one of the most unpredictable in the world - if you don't hit a bull's eye, you lose. The real fans of the TV Thunderbirds series have never needed their love re-kindling...it was - and is - rock solid. But Gerry Anderson is still very mush on the plus side of the ledger because of the many successes of his productions.

4. "Shane Rimmer - My Autobiography: From Thunderbirds To Pterodactyls" was released in October 2010. What was it like trying to fit your life's work and experiences into 224 pages?

It worked fine - the surprising thing was how one recollection would lead to another that you had completely forgotten about...and so it went on. Except for the occasional block the whole venture was a joy. 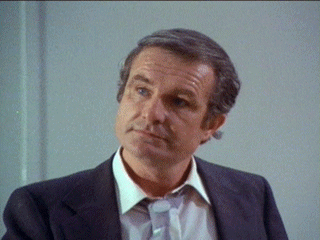 5. How did you get involved with Batman Begins?

My son Ben was location manager for Christopher Nolan on ' Batman Begins '. Over a meal one night Chris asked Ben if he was related to me. On hearing I was not only his Dad, but the voice of Scott Tracy in Thunderbirds, the Director who as a kid was a die hard fan of the show, had me cast in the film as the Water Commissioner for NY City.

6. Please describe your time on the set of Dr. Strangelove?

As Co-Pilot Ace of the bomber crew we spent most of our time inside the flight deck, suspended about 10 feet off the studio floor. We had a bird's eye view of the happenings below - some of the scenes were unforgettable, others, totally outlandish, but with a cast including Peter Sellers, George C. Scott, Sterling Hayden and Keenan Wynn, It couldn't have been otherwise. Kubrick was probably the only Director who could have handled it. 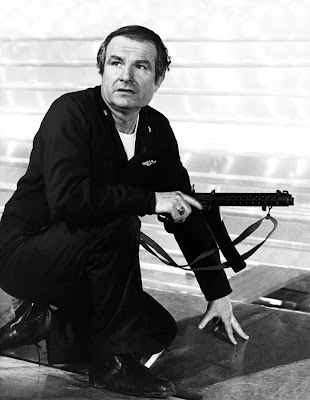 Mainly on the literary trail publicising my Autobiography ' From Thunderbirds To Pterodactyls ', available direct from my website www.shanerimmer.com 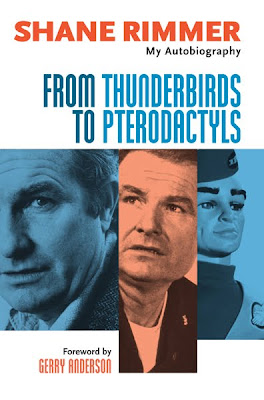 Thank you to Shane for his time on this interview.

Please feel free to comment below.
Until next time.
Posted by Straight To DVD at 2:58 AM