Don't you just hate it when you're interviewing a movie star and they simply could not be any less interested in speaking to you?
I know it frustrates me up the wall.
That's why it was an absolute joy to chat with Annie Gaybis.
Annie has appeared in such hits as Waterworld, Showgirls, and the Tom Hanks vehicle Bachelor Party.
Not only that but Annie has been asking just when I was posting the interview.
So here we go. Trust me, Annie has some very interesting things to say.
Enjoy. 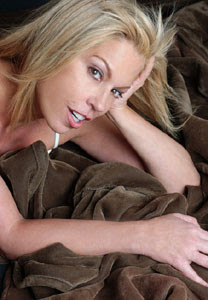 1. You’ve appeared in some major movies. What one has been a personal favourite?

Well, I learned having a great time on the set doesn't necessarily mean having a great hit at the box-office....such was the case for "Wholly Moses" starring Dudley Moore...a wonderful person to have been with on the set and though it was not a musical...he had a upright on wheels carted from set to set and in between would sit down and play all this marvelous piano and would sing these obscure English Songs or whatever popped into his head from rock to classical.. and we would all dance around and hangout while they were resetting things and it made the time seem like one big party......he was adorable and brilliant...sigh! the movie tanked.

I didn't realize at the time of shooting that it was being done in 3-D....I never got to meet my Jason until two years ago when I was asked to appear at my first Horror Convention in Orlando since my work didn't connect with him....it just looked like it did.....I would like to mention that Gloria Charles who worked with me was very kind and made me comfortable in all my scenes. 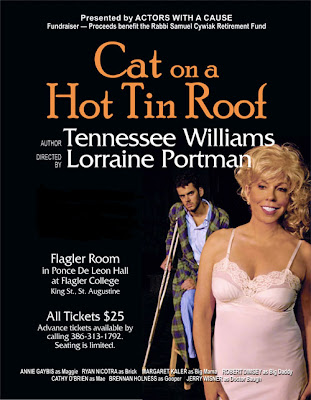 3. What was it like being a part of the movie, Showgirls?

I have danced in a lot of television specials and movies from Best Little Whorehouse In Texas to Bugsy...so this was another oppt to do what I have trained for and be part of a group who got treated very well....and we got to go to Lake Tahoe and Vegas plus some fabulous locations in Malibu besides the studio lot. Rehersals were aways during the daytime but our shoots would sometimes start well into the evening and run sometimes into the wee small hours of the morning. It was very erratic...sometimes because of when we could get in to shoot some things...after hours and then would have to set everything up...for example...all the Cheetah Club scenes were shot on a studio lot with the Club painstakingly duplicated. A lot of the girls were taking things to keep them alert ....you couldn't do it with just determination...so it was caffeine to uppers. .and with the crazy hours it cut down our appetites big time ..everybody felt quite comfortable with the nudity after awhile I remember Elizabeth Berkley....coming down from the stage of the Cheetah to come look at what the dance shots looked like without even putting on a robe...we all just got real comfortable with the crew and with each other...and it was a heavy secured set no matter where we were....it was like a little family 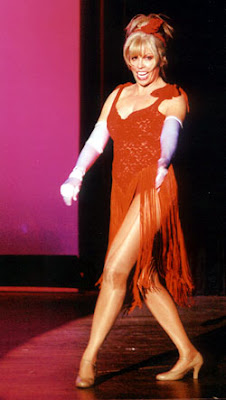 4. Wam Bam Thank You Spaceman is a great title. Does the name of a film play into your decision to become involved?

Well, it was described by the director, Bill Levy, a very likable and talented guy as a clever little film that was kinky and clever......sigh! It tanked.

5. Please tell us about your work with Cat On A Hot Tin Roof.

I have had two acting highlights in my life....both of them playing Maggie...both of them in the theatre. One was playing Maggie in Arthur Millers After The Fall that I did a couple of seasons ago...this play is based on Arthur Millers marriage to Marilyn Monroe...he wrote it portraying himself as a lawyer named Quentin and Marilyn was a sexy singer named Maggie...it was wonderful, challenging and sucks the life out of you....and oh, so rewarding...ditto for Cat On A Hot Tin Roof...I saw the black and white movie with Elizabeth Taylor and Paul Newman....that version was very old Hollywood with a pat ending....the actual play...OMG...so sexual, so highly emotional and electric, cursing personified and much to my shock the first twenty-two pages has Maggie almost doing a one woman show with the actor playing Brick, the Paul Newman role looking straight ahead and not communicating with her in any way, shape or form....except disgust and distrust....phew!! A physical marathon for any actress ...it was a long road with a lot of darkness and detours till I got on the right path with my character...and it proved to be worth the anguish....I and the company got fabulous reviews..."I was a revelation"..."a tour-de-force."....which between you and me when I had that review read to me over the phone...I didn't know if that was good or bad...and had to ask.....and after I found it .."it was good"...I asked them to continue reading." 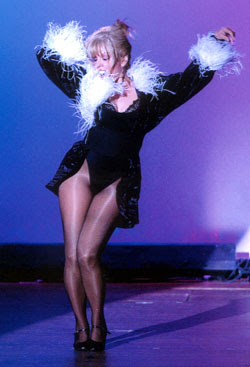 I will be working for television producer Gary Smith for a special as well as live performance . We go into rehearsal in early April and shoot in mid-May....a huge comedian or comedienne will be the superstar but no name has been announced yet. And all the dance numbers will be choreographed to the score from "Burlesque." Very Fosse style I have been told and I love dancing Fosse style..
To sum me up...Sometimes when I got cast as a dancer...that casting person would for then on think of me as a dancer...ditto ..singing...ditto actress...I think of myself as a performer...who loves it all.....for more information please visit....anniegaybis.com.... 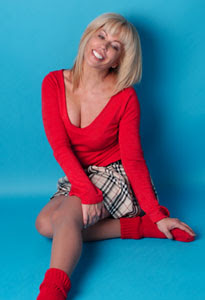 I want to take this opportunity to thank Annie for her time and enthusiasm with this interview. It was a blast and a lot of fun.
And I wish her all the best.

Liked the interview, or just want to make a comment? Please feel free to below.
Until next time!
Posted by Straight To DVD at 8:39 PM