You all love the TV show, True Blood, right? Come on, these days who doesn't?!
If you haven't caught an episode yet you're doing yourself a disservice, honestly. Anna Pacquin as Sookie Stackhouse, vampires galore, and the real reason to watch the show....

Lindsay's appeared in some high quality tv shows. The aforementioned True Blood, as well as House M.D., Touched By An Angel, and The Beast (starring Patrick Swayze). 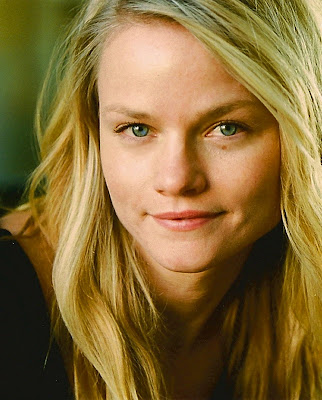 Here's an image of Lindsay here...
I recently had the priviledge of interviewing Lindsay, who offers some incredible insights into her TV and movie career.
I hope you enjoy!

1. Touched By An Angel has a huge fan base. What has being involved in a show like this meant for you?

Touched by an Angel holds a special place in my heart because it was one of the first jobs I booked professionally. It was only the second audition I had ever been on, and when I booked the job I was ecstatic. It was a wonderful place to start my career. 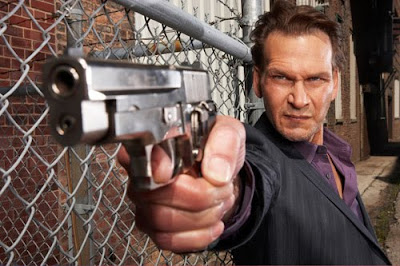 2. The Beast garnered worldwide press due to Patrick Swayze’s involvement. What was it like working with him?

I honestly can't say enough admirable things about Patrick. He was a hard working, amazingly talented, funny, warm person, who inspired me everyday. He had a strong, positive outlook on life, and an amazing work ethic. I feel extremely blessed to have known him, and to call him a friend.

3. What preparation work do you conduct before each role?

I am a very visual person. I do a lot of visualizing when I prepare for a scene, or an episode. I like to remove myself from the character, and really be an observer. I like to watch as a third person, almost like you do when you read a book. When you read a book these characters and story lines take on a life of their own. That's how I like to approach a script.

4. Vampire stories seem to be the in-thing these days. Do you have any pressures or expectations from the fans of True Blood?

Right now I am focusing on bringing the character of Crystal Norris to life. I haven't thought too far beyond shooting. I hope that the fans identify with her, and enjoy seeing her come to life. She has been an incredibly well written, lively character to play. 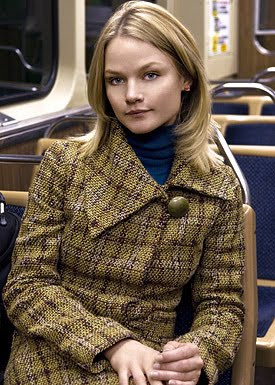 5. What would be your dream role?
I don't know if I have one singular dream role. I'd like to continue to grow, and develop as an actor, and always push myself. When I am challenged is when I feel the most creative.
6. What is coming up next for you?
I have a few films I shot right before I started working on True Blood. The first one is called, The Oregonian. It's kind of an esoteric, adventure film, directed by Calvin Lee Reeder. I am really excited about it. It's different from anything I have ever done. It will be hitting the festival circuit later this year. I also shot a film with Eric Balfour called, "Do Not Disturb". Directed by Petro Papahadjopoulos. It's a series of short vignettes edited together into a feature film. The segment I am in, "Rocket Man" has a bit of a Sci-Fi theme to it. We had a wonderful time shooting it.

Lindsay also would very much like you to consider the following;

I strongly support this amazing Animal Rescue here in Los Angeles called The Mutt Movement. They are an incredible non-profit organization that rescues animals from high-kill shelters and finds them adoptive families. I adopted my lil dog from them, so they hold a special place in my heart. Their website is: http://www.themuttmovement.com/
I also strongly support Stand Up to Cancer. Having lost a few important people in my life to cancer, I fully support finding a cure, and funding research on Cancer prevention. They are dedicated to finding a cure for all types of cancer. http://www.standup2cancer.org/
So there you have it. Another fantastic interview, by another fantastic actor. Be on the look out for Lindsay, as when she's on screen she's a sheer delight.

What did you think of this interview? Please comment, or email me directly at mgbouw@yahoo.com.au
Until next time!
Posted by Straight To DVD at 1:58 AM