This review was made possible by Steve from my work. This review would not have been completed without his tireless and very much appreciated efforts. You the man, Steve!

Now, this is a review I've been wanting to do since I started this blog. However I've just seen this movie this past Wednesday evening, so there you go....

Even though I hadn't watched the film when I first started this blog I knew I wanted to review it. I knew it was going to be that good.

Have a look at the trailer and judge for yourself.

Of course, please let me know what you think. 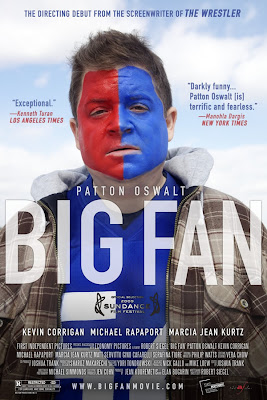 Here's the movie poster. As you can see, the movie is a love story.... 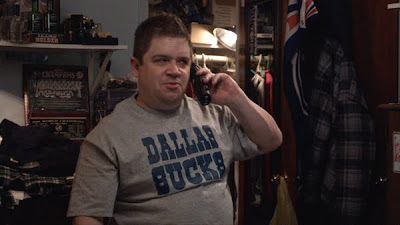 No, I'm serious. (Get off the phone, Paul...).
The movie is about one man's love for his football team. The New York Giants.
Paul Aufiero (Patton Oswalt) is a garage attendant, still living with his mother (Marcia Jean Kurtz), who's whole life revolves around the New York Giants.
Paul even spends his evening listening and calling into the local sports chat radio station. Much to the annoyance of his mother at 1am in the morning. 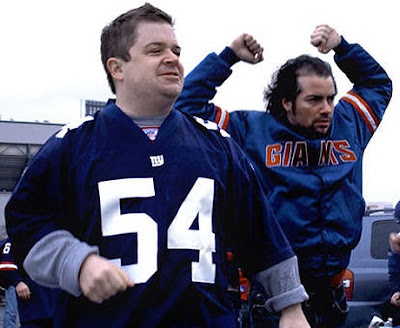 I've written about Kevin Corrigan in a previous review (Superbad) and quite honestly if you haven't seen Kevin in a movie, then you're missing out.
And if you're not a fan of Kevin's, you should be. 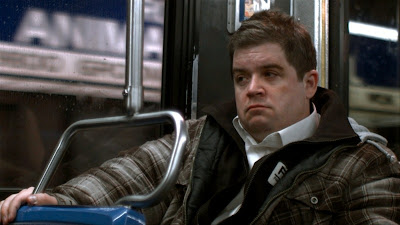 I won't go too deeply into the story of the film however I will mention that this film is about the lengths a man will go to for the love of his life.
Sure he's family doesn't understand the love, and Paul's health does become an issue in relation to the dilemma he finds himself under. This makes for a seriously watchable movie, folks.
I have to give praise to the cast's performance, as they are all standout. The film is shot in such a way to seem as if it's not a movie at all. It's like you're watching the lives of an everyday family.

Of particular praise is Patton Oswalt's performance. In Big Fan he has certainly shown that he has what it takes to become a huge Hollywood presence. His natural charisma, his comic timing, and his ability to put something special in each scene he is in; it's all on show here.

Michael Rapaport (Philadelphia Phil) is a great one to watch. Michael's been in a slew of great movies. The 6th Day, Cop Land. He was even in Friends for a while....
Michael gives another great performance in this gem of a movie.

I also enjoyed the interaction between Paul and his mother. Both actors appeared on the sitcom, The Queen Of Kings, so I found their discussion quite amusing.

If you want to have a look for yourself, you can do so here.
Big Fan

In closing I highly recommend you watch this movie.
In fact, I give this movie my highest possible recommendation. You'd be doing yourself a disservice by not watching it.
So, you guessed it. 10 stars outta 10!
What did you think of this review? Please comment, or email me directly at mgbouw@yahoo.com.au
Until next time. :)
Posted by Straight To DVD at 7:59 PM