I hate this movie!

Make no mistake, I hate this movie.
I hate it not because it's a bad movie, I simply hate it because it makes the original movie look bad.
And the first movie is brilliant. It's funny, it's simple, it's not trying to be something it's not.
This sequel though... It's pretty much all over the place, and the places it's at are not good. 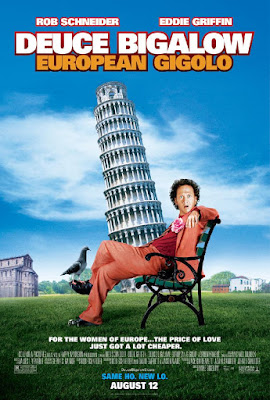 From seeing this movie poster I thought we'd be in for a treat. I'll let you make your mind up though by comparing the trailers for the two movies. 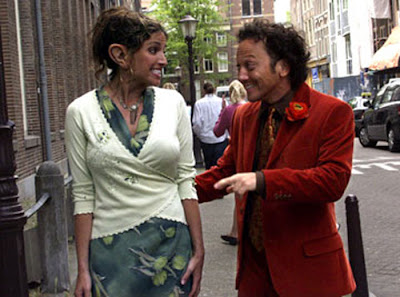 What I believe makes this movie such a travesty is the alteration to the character of Deuce Bigalow (Rob Schneider).
In the original film he was pathetic, and this kind of comedy is something Rob Schneider excels at. It's part of what made him famous on Saturday Night Live.
In the sequel Deuce has gone from pathetic to moronic. Even idiotic.
Where as fans could relate to a pathetic sex worker, this fan (me) couldn't stand to watch a moronic sex worker. It's just not funny. 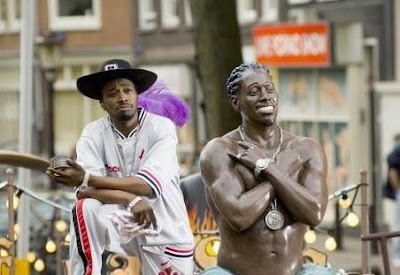 Even TJ Hicks (Eddie Griffin) doesn't help this movie.
In the original movie TJ assisted Deuce in lining up his clientelle.
In this movie TJ is still doing so, however due to the plot of the film he has to do so in secret.
This is funny in parts, but ultimately doesn't work.
Whilst this movie was being filmed my brother and I were holidaying in Amsterdam. We have family there and wanted to visit them, however opting to stay in one of the city's hotels.
During the holiday we noticed a lot of posters for Eddie Griffin who was doing some stand-up routines in-between filming.
One evening the whole family decided to head out for a few drinks at a local pub, and wouldn't you know it, Eddie Griffin and his entourage were also drinking it up, right next to our table.
Being fans of Eddie's from the original movie and also from Undercover Brother, my brother and I were keen to hear him talking naturally with his buddies.
Well, maybe I was moreso than my brother.
Anyway; what a jerk.
You've heard the term "loud mouth American" before? Well, Eddie was just that.
The outdoor area was full of people enjoying a quiet drink among friends and family. Then you had Eddie, swearing his head off for no reason, trying to pick up in the filthiest and loudest way possible. It was pretty embarassing for everyone around him.
I remember my Aunt was particularly annoyed at his comments. Out of respect for her we packed up and moved on.
My respect for Eddie Griffin was done for, then and there. 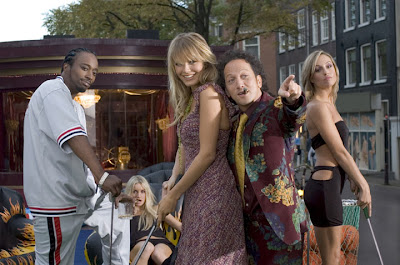 Now, another point of contention is the cast. Whilst Deuce and TJ are back, Deuce's girlfriend from the original movie, Kate (Arija Bareikis) only appears at the beginning. As such you're left thinking about her for the rest of the film.
I know I was. 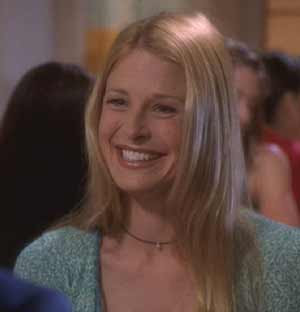 Here she is.
Who could forget that smile? Awwwwwwwwww. :) 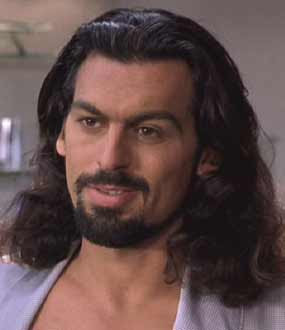 The supreme sex worker Antoine Laconte (Oded Fehr) returns for the sequel, but doesn't play such a big part in the story.
Admittedly he was also only in the first film for a short amount of time but TJ Hicks talked up his character so much that you came to love each scene he was in. 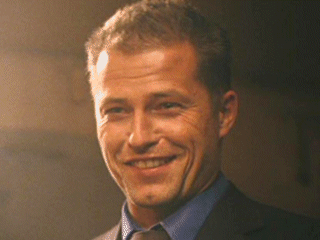 In his place is Europe's supreme sex worker Heinz Hummer (Til Schweiger).
Whilst Heinz is an attractive man, he doesn't have the comedic timing Antoine does.

So you're left with a choice, and I ask for your opinion here.
If you had to choose between either sex worker whom would it be?
Antoine, or Heinz? 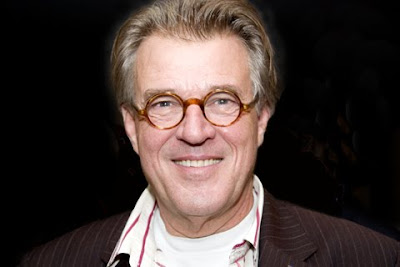 What could've given this movie some weight was the inclusion of Gaspar Voorsboch (Jeroen Krabbe`).
Jeroen has a wide selection of movie and TV roles to his name, and is a credible actor.
However he's performance in this film leaves a lot to be desired. 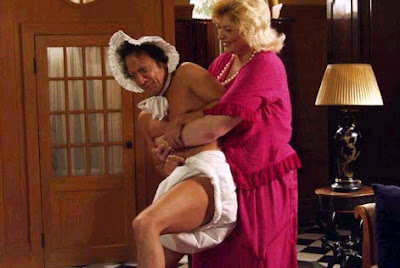 It could've been that Jeroen's performance was tainted by the type of comedy this movie was going for. Just use the image above as an example as such.
Being set in Amsterdam there's also some drug humour, which I personally don't find funny at all.

I give this movie a 3 out of 10.
I'm the first to admit that these guys are more talented then I am, and can easily produce a movie better than I ever could, so I give them credit for that.
However this movie was just a stinker.
By all means, please see the original Deuce Bigalow movie. It's a classic.
You can even buy it here
Deuce Bigalow: Male Gigolo

You can buy the soundtrack
Deuce Bigalow, Male Gigolo

This movie, however, is just a real piece of shit.
If you're a fan of pieces of shit, make a purchase here
Deuce Bigalow - European Gigolo

What did you think of this review? Please comment, or email me directly at mgbouw@yahoo.com.au
Until next time.
Posted by Straight To DVD at 8:33 PM