Whenever I ask someone for an interview I'm always wondering how they'll respond. Will they feel obligated to do it to promote an upcoming production, or will they be outright rude and flatly say no (I've had a few of those responses in my time).
Then there's the actors who embrace the chance to be interviewed and really give some great responses.
If only all the interviews were as great as this one.
I give you, my interview with Angela Oberer. 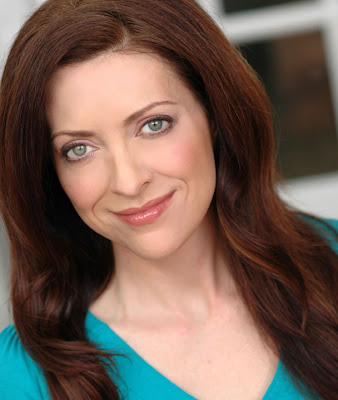 1. What is it about acting that appeals to you?
I was doing some research on a movie set and was interviewing actors for an article I was writing, when I realized that all of the actors I was speaking with were progressive people. Meaning they were taking classes to learn new dialects and new languages. They were learning fun things like shooting firearms, tap dancing, swimming, Frisbee throwing, Karate, horseback riding, piano and crocheting. And I wondered how come none of my friends were learning those things – so I switched my friends and became an actress and enrolled in some fun classes and started learning how it feels to be an actress. Every day is filled with new things.
2. What made you want to become an actress?
Growing up, story time was a big part of our day. Mom read to us, until we were old enough to read to each other and to ourselves.
We loved to hear stories. We loved to read stories and we loved to watch them on TV and at the movie theatres.
Acting lets me tell stories on the screen and it is the best job I’ve ever had.

3. Have you done stage production before, and if so how did you find it?
When we were young (and I have 12 brothers and 6 sisters) our family played and performed a lot of music. We made up these zany little programs that included poems, skits and songs and we entertained lots of elderly people at assisted living centers, church events, and hospitals. We had a couple of scripted programs we performed but they were not “plays” in the traditional sense of the word. And it’s not really about how we found out about them, it was more of how did they find out about us, because it seemed like we were always performing somewhere.
Then there were all these old people that kept requesting that we come “perform” at their funerals when they die, and so our youth was spent entertaining people until they died, and then singing sad songs once they passed, to send them to heaven. 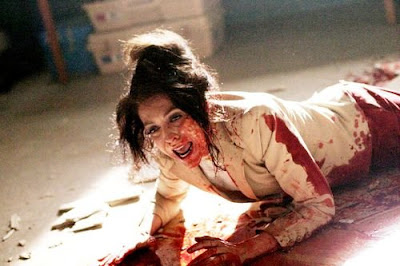 Horror films give me nightmares. They scare me terribly, and once I’ve seen a horror movie, the images stay in my head and keep scaring me again and again, when I think about them – even during the day time with the lights on.
I never wanted to be in a horror movie, until I met Ti West who directed Cabin Fever 2: Spring Fever, and has since gone on to create some more wonderfully scary movies. I just wanted the chance to work with him and when I got to set, the crew was so awesome that Showing up to work every day on the set was like a big party. I just love those guys. 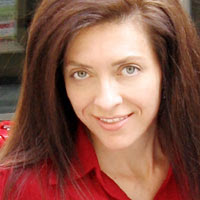 I’ve just been cast as a waitress who works at a restaurant where famous people come to dine. And in the movie I’m not supposed to be star struck, but I think I am a tiny bit when a big shot movie star comes into dine with his wife – exciting story. We begin filming in a couple of weeks. Woohoo!

7. Is there a particular charity you would like to bring to my readers’ attention?

Corazon de Vida http://www.corazondevida.org/ is a very dear to my heart. It is a US-based non-profit organization supporting Baja orphanages. It provides children in dire need the necessities of shelter, food, clothing, education, and healthcare – as well as hope, compassion and love. As we get older, hopefully we can all take care of ourselves, but there will always be a need to help take care of others as well. 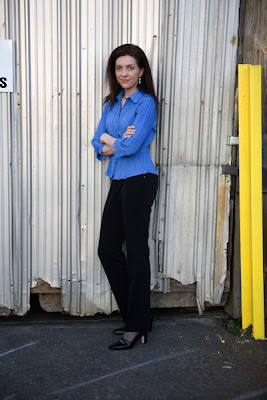 To check out more of Angela's work and upcoming productions I strongly suggest you visit www.angelaoberer.com/
It's pretty darn cool!
Angela was also nice enough to provide this little snippet.

Short Bio: Angela Oberer (O-bur-er) is an American Actress who loves to share stories through television and films. You can learn more about her on at www.IMDB.me/AngelaOberer
Thanks to Angela for being so great with this interview. I wish you all the very best.

Please feel free to comment below.
Until next time.
Posted by Straight To DVD at 2:29 AM