I interviewed Neil in June of 2010, little realising that he had provided the voice of Morocco Mole.
So you just know I had to interview him again!
I hope you enjoy my follow-up interview with... Neil Ross. 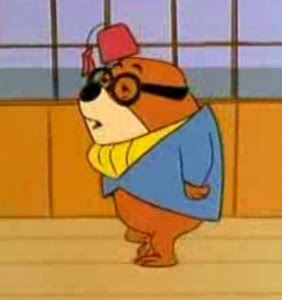 1. I noticed that the voice of Morocco Mole is both a low and high pitch. Had you had any formal voice training?

Morocco Mole’s voice is basically an imitation of Peter Lorre’s voice. Lorre’s voice had both highs and lows. Also, the character has been voiced by different actors so the sound has changed from time to time. I have done a number of voice-over and animation workshops over the years. That’s about the only ‘formal’ voice training I’ve had.
2. Can you describe the difference between voice acting now, as opposed to the 60’s and 70’s.
I suppose the biggest change in animation is that they no longer insist that the full cast be present for each recording session. That was the rule in the eighties and early nineties. Nowadays most of the time I work alone and they piece it together with the other performances. Games are the same. You work those solo most of the time. 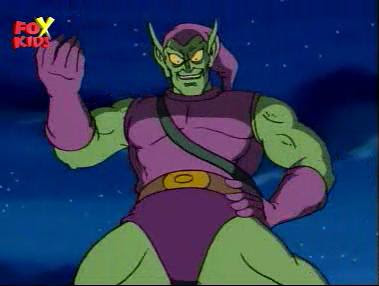 3. Are you a fan of the properties you did work for, such as Spider-Man, Volton, and Secret Squirrel?
I’m not sure that I ever worked on Secret Squirrel. As far as the other shows are concerned I’m proud to have been a part of these projects but I don’t sit around and watch them. The work is the fun part for me. But I’m very gratified to have been a part of some shows that many people remember fondly.

4. Did you have any insight into how the characters you voiced came across in the final product?
As you may know, the voices are recorded before the animation is produced. Sometimes we’re told that the animators are influenced by the voice work and change the character to reflect what they hear. So sometimes we have more of an influence on the finished product than we realize. 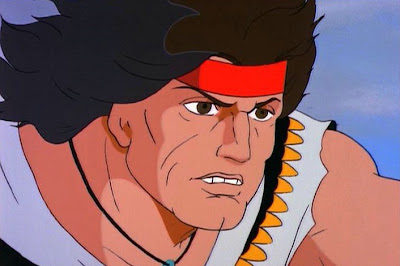 5. What prep work do you do before taking on a voice acting job?

I do whatever I can. Some shows send a script and/or a story board in advance. If that happens I’ll go over it of course. But if I don’t receive anything in advance, I just get in the car and drive to the studio. Fortunately I’m a pretty quick study.
6. Have you attended any conventions, such as the San Diego Comic Con?
I’ve been on Mark Evanier’s cartoon voice-over panel at Comic Con three times. Last year I appeared at BotCon in Pasadena. I want to thank Neil for once again doing an interview with me. He's a top bloke to interview. He's also a busy man working on many cool cartoons and video games. If you ever get a chance, give him a shout-out.

And whilst you're at it, feel free to leave a comment.
Until next time.
Posted by Straight To DVD at 1:49 AM