Having seen all Terminator movies, bar the first film, in the cinema I felt obligated to see Terminator Salvation on the big screen when it was released in 2009.
I'd had a passing interest in the movie. After the road trip movie which was Rise Of The Machines I didn't think there was much that Hollywood could do to further crap on the franchise.

I was wrong.
But in it's defence, even though this movie is a dump, at least there's some parts which are cleaned up and look alright.
Here's the movie poster. 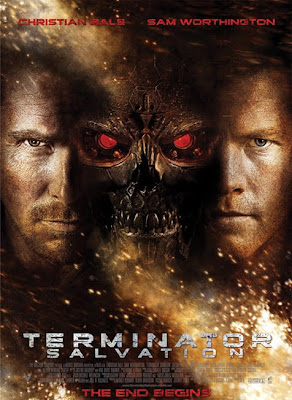 Here's the trailer
http://www.youtube.com/watch?v=VYc3vOmof_8
Now judging from this teaser trailer I was pretty impressed. The director, McG, looked like he knew what he was doing and he certainly gave us what we've been wanting to see since the first film; the world at war with the Terminators.

My only problem with this film though is John Connor (Christian Bale). Now into his third film in the franchise John's been turned into a wanna-be hard ass momma's boy.

I know Christian Bale was playing John Connor as a war-weary soldier, leading his men because of his destiny, but I felt he played it way to seriously.
Because he couldn't relax, I couldn't relax. I couldn't enjoy the movie, especially whenever Christian was on screen. 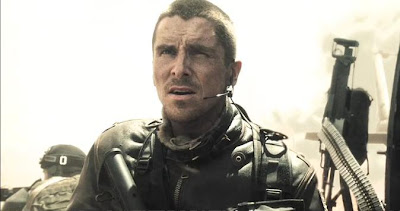 There's a point in the movie where something happens which is meant to reinforce the fact that we're following John in this story, and that if he gives a suggestion you should probably follow it. I felt though that John came off as a know-it-all. And still, one big momma's boy. 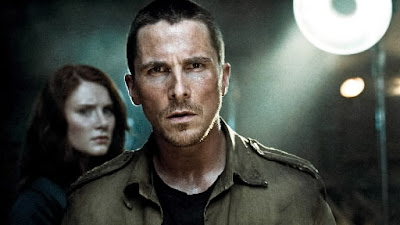 Critics and movie reviewers were all in praise for the role of Marcus Wright (Sam Worthington). 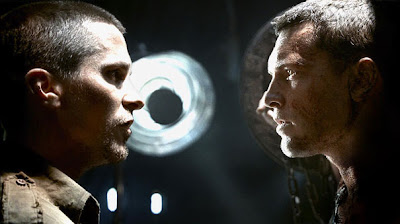 I can see where they came from as Marcus brought something new and exciting to this movie. When compared to John Connor's very serious mood, Marcus was a breathe of fresh air.

He also gave the ladies something to look at too. 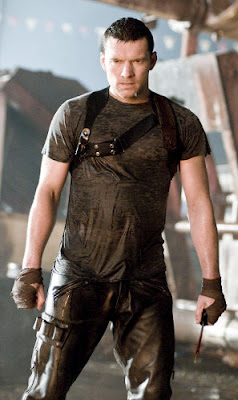 One point I was looking forward to was seeing Kyle Reese back in the franchise. Terminator fans know who Kyle Reese is, and to see someone new in the role was interesting.
Anton Yelchin did a bang-up job in the role and if there happens to be a Terminator 5, again with Anton playing the role of Kyle, I'll look forward to seeing it. 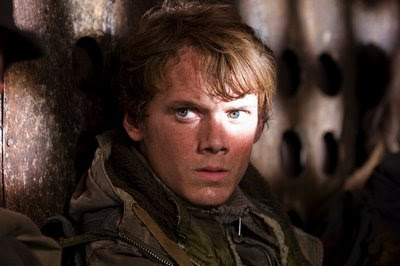 One role I felt was very much downplayed was the role of Kate Connor (Bryce Dallas Howard), John Connor's wife.
Bryce Dallas Howard was pregnant during filming, and they've even worked her baby bump into the scribe, but only in passing. I thought this was strange considering family is an underlying theme in the Terminator movies.
I thought the fact that John had a baby on the way could've been played up some more.
But then again, maybe Kate Connor was expecting 8 kids, so we could have had a Terminator version of John & Kate plus 8. I think we all know how that would've ended..... 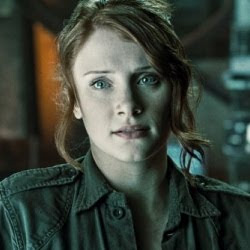 Added into the movie for those of us who were getting bored with seeing machines blowing stuff up was Blair Williams (Moon Goodblood).
Blair was a hard-ass soldier, and fun to watch. 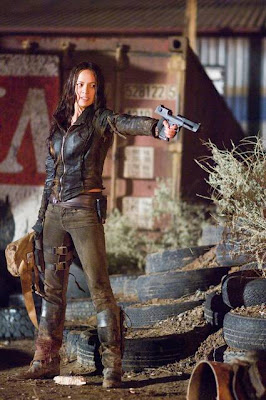 Just look at this image and tell me I'm wrong. 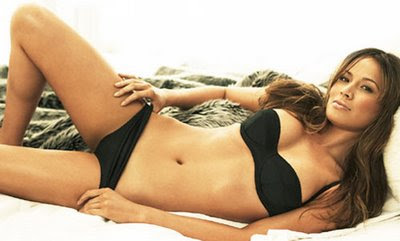 Arnold also makes a return to the franchise (sort of). You have to "love" computer animation, don't you? 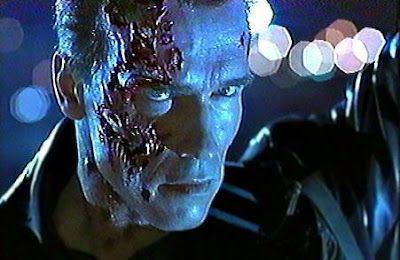 Hopefully by the time Terminator 5 comes out Arnold Schwarzenegger won't be Governor of California anymore and can return to this franchise.
If Arnie's back, you know I am too.

Please let me know what you thought of this review, by commenting below.
Until next time!
Posted by Straight To DVD at 1:02 AM