It's always fun to interview someone who's had a broad range of work.
Simon Rhee is known for both his stunt work as well as his acting prowess. Starring in 42 TV and film productions, Simon has performed stunts for some 100 films and TV shows.
Needless to say, Simon's a busy man.
So when the chance came to interview he, I didn't let it slip by.

I hope you enjoy my interview with Simon Rhee. 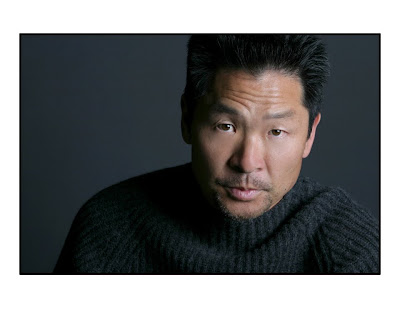 1. What is the appeal of stunt work?

I like the adrenaline and camaraderie of stunt work. The fact that it helps feed my family is also a good thing!

2. How has stunt work changed over the years, from such movies as Double Impact, to films like Inception?

There has been significant change in stunt work over the 3 decades I have been involved with it - mainly the use of CGi and green screen technologies. Lots of new talent in the martial arts and in all aspects of stunt work also.

3. Do you find much difference between stunt work on TV, and film?

Stunt work is pretty much the same in TV and in feature films, but there is usually more prep and rehearsal time in films because of the larger budget. Also, the bigger budget can allow for more spectacular stunts.

4. What do you think has been your greatest stunt so far?

Probably my Full body burns in "Letters from Iwo Jima" and high fall from a helicopter in "Universal Soldier".

5. Is there a stunt you don’t think you can master?

I have my preferences, and I probably would prefer not to master car hits at this point in my life.

Currently, I am in Philadelphia working on Jason Statham's movie, "Safe", and after that I will be doing fight choreography for the new "Muppets" movie.


I want to thank Simon and Cindy Rhee for their time and patience with this interview. I really do appreciate it.
I'd love to know what my readers' think of this interview, so please feel free to comment below.
You can also check out Simon's website at www.simonrhee.net/
Until next time!
Posted by Straight To DVD at 1:06 AM