Red Hill is everything an Aussie movie should be.

It's not common place for me to review movies which have just been released in cinemas however I braved the Christmas shoppers at the local shopping centre to see this movie. After looking for a car spot for 20 minutes, and waiting in line to get my ticket for 15, I can safely say my patience was rewarded.

Red Hill awoke the bigotry in me.
That's what makes the bad guy so bad. The perceived initial hatred you have for him. Until it's justified and he starts blowing people away.
Here's the trailer.

And here's the movie poster. 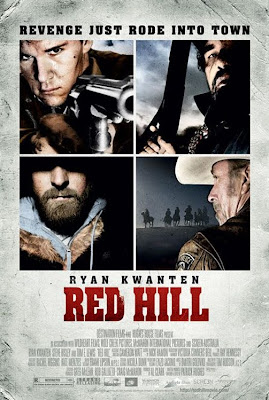 The story is easy enough to follow. Shane Cooper (Ryan Kwanten) moves to Red Hill to take up a position at the local police station.
The same day as convicted killer Jimmy Conway (Tom E. Lewis) escapes from prison and begins heading to Red Hill to get his revenge. 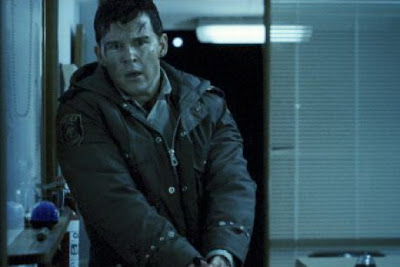 Yep, that's Ryan Kwanten, from Home & Away, and also of True Blood fame.
I haven't watched True Blood but if this movie is anything to go by, Ryan's in for a long career in the movie industry, going from strength to strength.
I still think this is Ryan's best piece of work so far though. 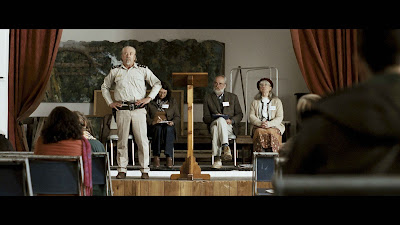 Playing alongside Ryan is Steve Bisley as Old Bill, Chief Inspector of Red Hill.
Old Bill is a force of nature and I could think of no one better than Steve Bisley to play the role. In fact, Steve was the entire reason I saw this movie. 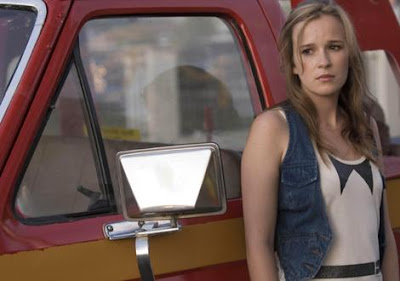 Here we have Shane's wife Alice (Claire Van Der Boom). Unfortunately I couldn't find an image of Alice, but Claire Van Der Boom plays her very well.
And I just realised her character's name is Alice Cooper. I wonder if that was intentional? 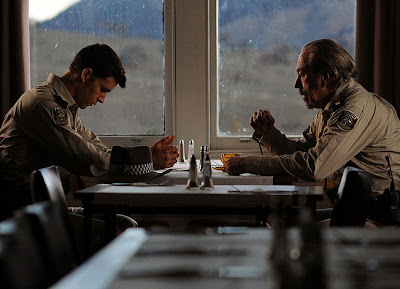 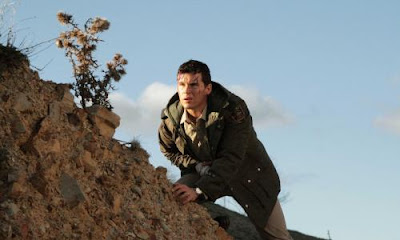 But it doesn't take long for the shit to hit the fan. That's when the fun begins. 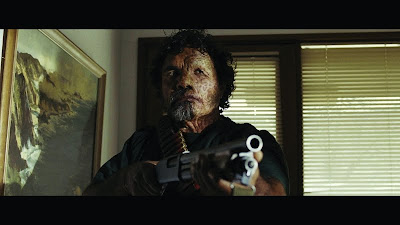 I was reluctant to show you a photo of Jimmy Conway (Tom E. Lewis), as his disfigurement is quite spectacular. I wonder how long he had to sit in the make-up department each day.... 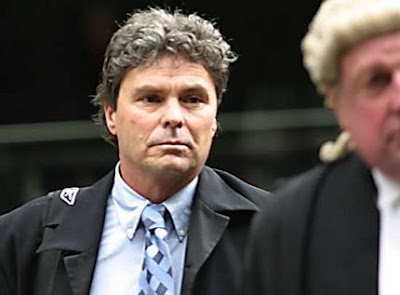 And even still he still looks like Aussie actor, Shane Cooper (no relation to Ryan's character). 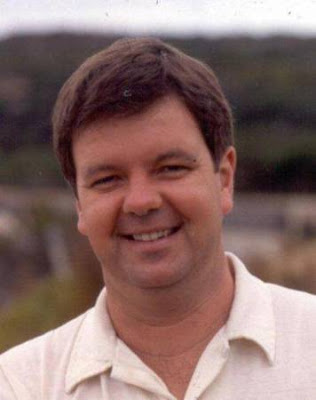 Among the cast is Aussie stalwart and all-around likeable bloke Kevin Harrington, who plays the role of Barlow.
Barlow brings some much needed laughter to the film, even if it is just for the first few scenes.

Rounding out the Aussie cast is Gleason (Cliff Ellen). Those who know Cliff Ellen know the TV shows and films he has appeared in. He's a hard-working true blue Aussie legend.

All up I enjoyed this film thoroughly. I do have a gripe though in that the film makers give Jimmy Conway a back story, rather than have him solely be a convicted murderer and cop-killer, on the hunt for more victims.
Whilst I heard some movie patrons crying over Jimmy's back story, I felt it was a real cop out.
The questioning of Jimmy's guilt felt like a means to appease the lefties and tree-huggers who couldn't stand to see an Aboriginal as the bad guy killer.

Overall though I give this movie 9 out of 10.
In a time when the term "Aussie film" puts a bad taste in your mouth, Red Hill stands out as a brilliant, brilliant piece of cinema.
I highly recommend you go see it.
Posted by Straight To DVD at 12:50 AM