I've had Jim's interview sitting in my email inbox since the 8th of October, and only just now found the time to post it on my blog site.
How appropriate too, considering Prince William and Kate Middleton chose today to announce their engagement.

Read on and you'll discover the royal connection to my interview with... Jim Piddock.

(Also if you're a fan of Lethal Weapon 2 you'll get a kick out of this too). 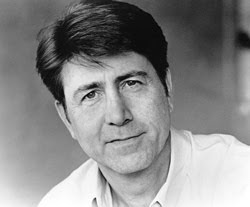 1. Having worked on stage, may I ask what has been your most enjoyable production so far?

Well, the first ten years of my career, I did literally dozens of plays, so that's a tough question. But the ones that stand out in my mind are "Present Laughter" and "Noises Off" on Broadway. They were both tremendously successful and had long runs. And there's nothing like being in a hit show in New York. I remember the opening night party of "Noises Off" was at Sardi's, which is something I'd always dreamed of experiencing. It was wall-to-wall with celebs from every walk of life. When I walked into the restaurant, everyone stood up and started applauding. I immediately turned around to see what famous person had walked in behind me. I genuinely didn't realize they were standing and applauding me! But, ego massaging memories aside, what I loved about those two productions in particular was being part of such tremendous casts.
I recently did a limited engagement on stage for a couple of weeks in L.A. and a week on Broadway in "An Evening Without Monty Python", directed by Eric Idle, to celebrate the 40th anniversary of Python. It was a blast and reminded me -- after a 20 year absence -- how much fun live performing can be. I think it would be fun to do a national or international tour sometime, and see some of the world while performing live again.

2. Did you have any nerves portraying Prince Charles in The Women Of Windsor?

Yes. My primary concern was that I'd get big laughs in what was meant to be a dramatic mini-series! If you imitate anyone well, it's almost bound to be amusing... but Charles has such a distinctive manner and speech pattern that it could easily become a hilarious cartoon performance. I consider it a major triumph that my performance only induced a few smiles and suppressed titters. 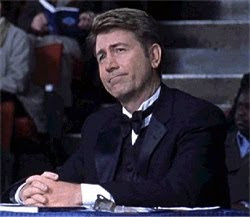 3. What was the UK media’s reaction to your role in The Women Of Windsor?

No idea, as I wasn't living there at the time. But, to be honest -- no disrespect to the wonderful English media, among whom I have many friends -- I couldn't give a flying fart what they thought of it.

4. As an actor what do you believe is your greatest strength?

Well, I was born with comic timing, which I don't think can be taught, and I'm eternally grateful for that, and take no credit for it. But, along the way, I think I've learned to become a very naturalistic actor. By that I mean, you mostly don't see the "acting". I've worked hard to do that and when I first saw "Best In Show", I knew I'd finally got there. Now I'm working on other things, like making unusual and more unique choices that can make a performance more distinct and memorable. 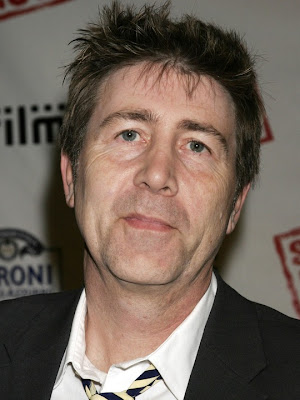 5. Which do you prefer, TV/stage/film?

I like them all for very different reasons. But, at this point in my career, I'm more interested in doing film and tv. I love being on a film for the run of the production, which doesn't happen that often. But the one thing left in my career that I'd really love to do is be a regular character on a long-running series. I like the idea of living with and developing a single character over a substantial period of time.

6. What was it like to appear in a major Hollywood movie (Lethal Weapon 2) as your first film role?

It was certainly diving in at the deep end, and it was particularly rewarding that one of my few lines also became a catch-phrase in the movie. Twenty years later, people on the street still come up to me and say "But you're bleck!", which is kind of cool. Also, I've run into Dick Donner, the wonderful director, a few times recently in social situations, which was very nice.

I'm off to Spain this month to shoot a scene in "The Cold Light Of Day", starring Bruce Willis, Sigourney Weaver, and Henry Cavill.

I've always been a great supporter of UNICEF. 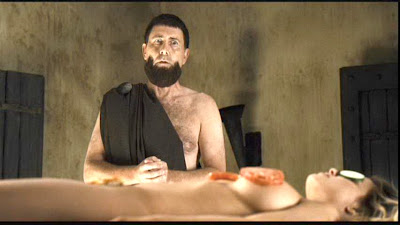 Thank you so very much to Jim for his time and patience with this interview. I am very much appreciative.

If you're interesting in learning more about Jim and his work, please direct yourself to Jim's own website, www.jimpiddock.com/
I'd love to know what you all think of this interview also, so please feel free to comment below.
Until next time!
Posted by Straight To DVD at 3:03 AM