If you look over the list of people I've interviewed for this blog, there's some fairly big name stars there.
A big part of why I do this is to bring to your attention up-and-coming stars, but then there's times such as this when I can present to you actors from a previous generation.
Actors you may not necessarily recall, but you know of their work.
Case in point is my interview with Rex Reason.
I hope by the end of the interview you're left thinking you want to check out some of his work. 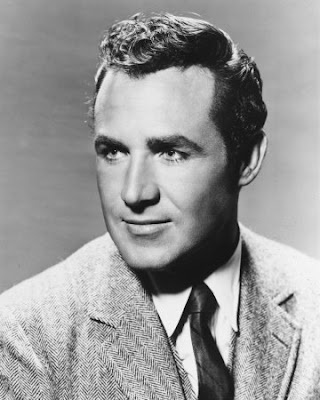 1. How did you get involved with acting work for film?

Jean Robinson Reason, who was my mother, was in awe of the motion picture business from the age of 13 until the day she died at age 85.
I was born Nov. 30, 1928 and my brother Rhodes was born 16 months later. Soon after, my mother and father divorced and my mother took over the position as mother and father.
At 15 years of age, I was 6’3” tall, with a very low voice that brought attention to me - often. As a result, I was very self- conscious, to say the least. My mother took me to a dramatic coach in Hollywood to help me overcome my self-consciousness. On the very first meeting, she gave a magazine to me to read out-loud for 15 minutes, while standing on a raised platform. Afterward the coach, Ruth Bowes, turned to my mother and said, “Your son has every quality to become a great actor”.
Well, this was all that had to be said. My mother immediately took me out of Hollywood High School, where I had nothing but problems. We then moved to Glendale with my grandparents and enrolled into Hoover High School. In the hallway, on the way to my very first class, I was stopped by the school’s dramatic coach who said to me "You are going to be in my next play." Then I was given a script of the play “Seventh Heaven”. After the school day, I shared what took place with my mother. She looked at the script and started crying and said that the script was one of the most beautiful stories every produced as a motion picture. From then on I was memorizing lines, supported by my mother’s constant overseeing. I played the lead as “Chico”.
After two more plays under my belt I decided to join the army. It was a two-year stint and was discharged on a Friday. My mother had already prepared me for a four year course to complete a teacher’s certificate, and on the following Monday I started. But, after a year and a half, I ventured to Hollywood looking for a small theatre production as I was much more interested in acting, and soon, rather then taking two and a half more years to teach. On my first reading I was chosen for the lead; the play’s duration was for about a month, then came a second play and a third, again playing the lead character. In the audience, unbeknownst to me, was a talent scout and he asked if I would be interested in trying out for a part in an independent production. “Yes, I would.” And Storm Over Tibet became my very first picture, and as the lead. The rest is history.

The Roaring Twenties was my last work in the film industry.
It started with a phone call from Warner Bros. T.V Department to my agent asking if I were available for a lead role in a new series called “The Roaring Twenties”. The answer was “yes”.
Then a writer’s strike, lasting over six months, delayed the series, but rather than just collecting a check each week, I asked the head of the T.V. Department if I could play the heavy of each of their existing series such as 66 Sunset Strip, The Alaskan, etc. for the duration of the strike. During that time I received more fan mail as a heavy (bad guy) then my previous leading roles. I had a great time doing those roles.
In the meantime, I had met Dorothy Provine before the production of The Roaring Twenties began, and she invited me to her house. Upon entering her small cliff hanger home, she immediately turned on some 1920’s music. Her hand went out to me to start dancing the Charlston, but I said “but I’m not a Charlston type” meaning, of course, that I didn’t know how to Charlston. So, for the next half hour or so Dorothy soloed and went through a terrific routine, in a style of her own, that immediately brought back the 20’s atmosphere. Wonderful! And so, it was not a surprise that she got the lead female role in the series; she loved that dance.
I remember that every day I looked forward to entering the 20’s atmosphere, but after the 12th or 13th episode, the enthusiasm slowed down even though I felt quite comfortable as Scott Norris, the reporter. I also knew that I was being groomed for better things. Ironically, it wasn’t until that time that stardom seemed eminent when I realized that I did not want to live and die as an actor. The 11 years of working at break-neck speed suddenly began hitting me and I decided to bow out of my film career. I left the business during this time, but it was not easy; acting was all that I knew but mentally and spiritually I knew I was entering a new phase in my life. Fame and fortune was not the answer to my quest in life. 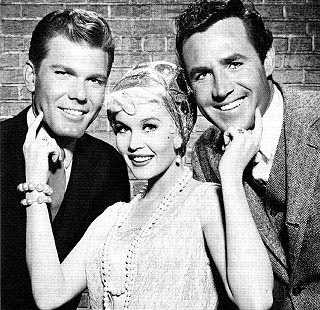 3. Since retiring, what have you been up to?

At age 33 I completed my withdrawal from the motion picture industry. Not knowing what I was going to do, I started reading the Bible and other spiritual literature. This was my full time activity for about a year.
Then in 1964 I began producing four volumes of inspirational poetic verse at Capital Records in Hollywood and they were completed six months later, in 1965. But Capital Records turned down the distribution of them because “the world is not ready for this type of spiritually oriented material” But I have never let go.
Subsequently though, I decided to go into the real estate business after being pursued by a broker friend in Glendale. After 6 months I began a 3 year courtship with my wife, Shirley and after the two year required period of real estate experience as an agent, I took the broker exam and became a Real Estate Broker and soon opened my own office in Diamond Bar, CA. This real estate career included owning a Real Estate Escrow Office and a Real Estate Training Center. I also ventured into land development.
Since then, I have personally done many building projects around my home which is a Mid-Century Modern home, designed in 1965 by a wonderful architect in Pasadena CA. We purchased the home in 1974 while I was a real estate broker. My wife, of 42 years has been working along my side all of those years and her Interior Design background has been especially helpful with my home projects.
Inspirational literature inspires me in all that I do and I wish to share that passion with others so I have been working at setting up a website that will be suitable to present the inspiration works that I so love and where fans can purchase autographed photos relating to my movie and film career. New recordings of other note worthy literature are on the horizon. It is my passion to pursue the deeper meanings of life and rich literary material give impetus to that end.

4. Can you please offer some insight into your time working in Hollywood?

Hollywood is a magical world. It is by far the most impelling and influential external force acting upon the public. But, not only the public.
That said my working days in Hollywood from 1952 to 1963 were very busy. Hours were irregular and temptations abounded. For instance, in the motion picture Yankee Pasha, my character Omar Id Din had a harem and so there were many beautiful women gracing the sets. Many times shooting would begin at 10:00 P.M. and go on til 4:00 A.M. Often there were hand written notes from women inviting me to their dressing rooms. I would literally flee to my room to change cloths and would dash for my car to head home. One day while shooting on another motion picture, a young beauty sat atop a tall ladder with no underclothes on and spread her legs apart, looked at me and smiled when I looked up. So you see what I mean.
Other times it was physically dangerous. Early in my career I did stunts until one almost killed me and after that experience I used a double. But, I enjoyed the physical challenges which still continued but were less dangerous.
Still, something was tugging at me inside. I noticed it especially when I would go to lunch with my high school friend Al Harvey, who had what I called a normal job. He sold automobiles, was involved with contracts and was exposed to life in a way that showed me something was missing in mine. Somehow it reached the practical side of my nature but it was hard to pull away from the only thing I knew: acting - even though I knew that the best of me was still ahead. The internal tug of war gave way to my leaving the Glamour City, without really knowing exactly what direction I was going to take. My agent, my mother, my brother and others could not understand my choice and in fact my agent was particularly anger as you can imagine.
Hollywood left an indelible impression on my life; it was my life, and will remain with me as a wonderful experience. I am grateful for that marvelous time and for the many fans that still follow what I do and have done. 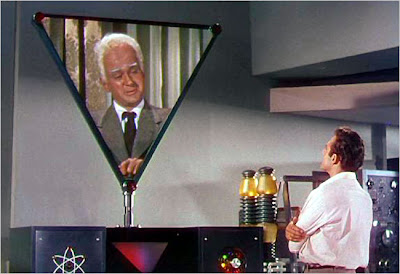 5. What has been your favorite role?

My favorite role was as Captain Horatio Hornblower. I was a guest star on Warner Bros. “Conflict“ T.V. Series in 1957. The episode was “Passage to Moranga”.
I believe that the reason for my fondness of the role was because of the director who worked me, pushed me and had me do scenes over, which I wasn’t use to. Almost all the directors just used what I had to give on my own and didn’t really demand much, it seemed. Acting just seemed kind of easy for me up until then. Very few handled me the way he did, pulling from me an inner strength to portray the heroic Captain character thus creating a better performance from me which I really liked. I received a tremendous amount of fan mail from that little role. It was great.

6. Is there an event or charity you would like to bring to my reader’s attention?

My favorite charity is “The Salvation Army”. It has been doing wonderful work for the past 80 years and works all over the world . Their track record is consistently on the mark and they can be counted on to carry out their mission with integrity. 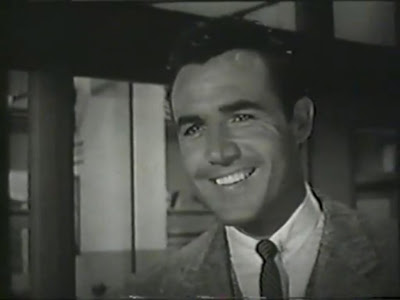 I sincerely thank Rex, and Rex's go-to-guy Kent for all their work in making this interview happen.
I hope you also enjoyed reading this interview and with what Rex had to say.
I thought he brought up some very interesting tidbits.

I highly recommend you go on to http://www.rexreason.com/ for a lot of interesting information, and images. It's a top notch site.

Please feel free to make a comment about this, or any blog entry.
Until next time!
Posted by Straight To DVD at 2:58 AM