Okay, now on to a movie you may or may not have heard about. I've watched it a whole bunch of times though.
Interestly though, I'm yet to sit down and watch this movie with my wife......

Hmmmm.
The movie is Auto Focus, which is based on the book by Robert Graysmith "The Murder Of Bob Crane." I've since read this book and if you're a fan of Bob Crane's, and especially the TV show Hogan's Heroes, you should find it an interesting read.
It also helps to have an interest in crime investigation as the book gets quite detailed.

The movie, however, doesn't.

Paul Schrader directed this movie. He has previously directed Taxi Driver; which is simply a classic. Paul loses a bit of his edge in this movie, though the preformances of both Greg Kinnear and Willem Dafoe are something to marvel at.

To give you an idea of the type of movie you're in for, here's the movie poster. 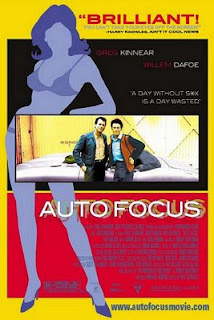 Yep, the tagline "A day without s*x is a day wasted" just says it all, doesn't it?

Now I don't want it to seem as if I'm bagging this movie. I am not. In fact as I type this I have this exact movie poster in front of me, framed in all it's glory. 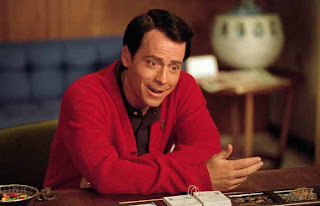 Here's Greg Kinnear in the early stages of Bob Crane's career, prior to making it to TV. He certainly looks like he's hanging out in the 60's, right? Too bad he doesn't resemble Bob Crane all that greatly. 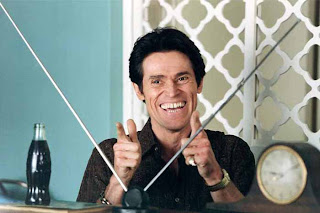 Now here's Willem Dafoe. Or as I call him, the filthiest man in modern cinema. Just look at that smile and pearly whites. Wow.
Willem portrays Bob's friend (and murder suspect) John Carpenter. John gave Bob access to all the latest hi-fi equipment. Stereo, video, you name it. If you're interested in 1960's audio visual equipment then there's a bit of that in Auto Focus.
What they get up to with the equipment though... 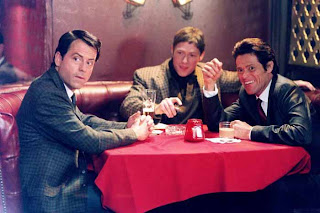 It seems the boys like to troll the local bars looking for easy woman.
Just look at Willem's face here; he's lapping it up. Meow! 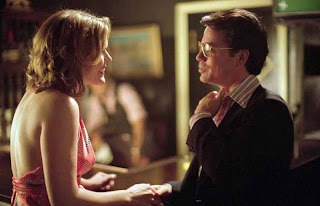 Bob soon ventures out on his lonesome and comes up trumps.
For those who used to watch the TV series, The Shield, this is Catherine Dent just prior to signing on with the show.
And here's Greg with a very nice shirt. 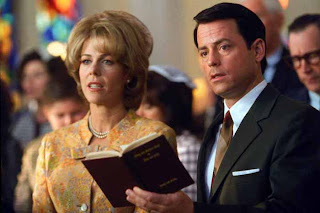 For a while Bob goes about his merry way, all the while his wife Anne (Rita Wilson) is unaware.
It was a simplier time back then, wasn't it? 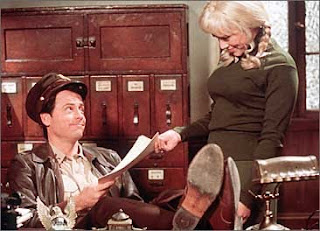 Anne soon cottons on though and Bob moves on to marry Sigrid Valdis from the Hogan's Heroes show. Sigrid Valdis/Patty Crane is played by Maria Bello. Now I'm yet to see a movie starring Maria Bello where she doesn't get her gear off.
She's recently appeared in the movie, Flicka. I'm yet to watch it. 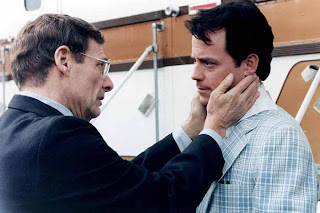 Patty Crane doesn't mind Bob sleeping around, although this does make life difficult for Bob's agent, Lenny. Lenny is played by Rob Leibman, of the TV show Cental Park West. Lenny's in about three scenes, and nails each one.
How appropriate. 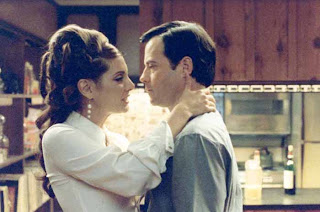 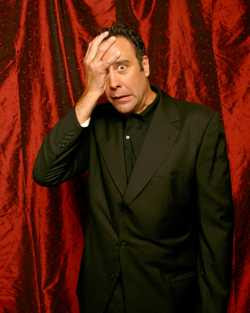 I spoke to Robert Barone about this scene. He was positively mortified. 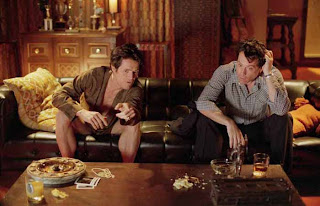 In this scene Bob and John are testing out the latest audio visual equipment.
A fair amount of footage would go on to become missing in the years ahead. The footage recovered was used as State's Evidence in the trial of The People Of Scotsdale Arizona versus John Carpenter.
John was cleared of the murder of Bob Crane, and died some years afterward. I'm pretty sure he knew something, but he took that knowledge to his deathbed. 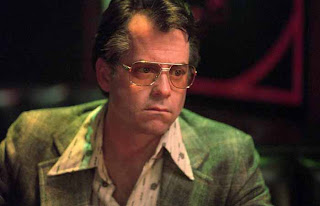 As you can see Bob's soon growing tired of this lifestyle.
Or maybe he's just not too kean on the green suit jacket?
It was nearing to the end of the '70's though.... 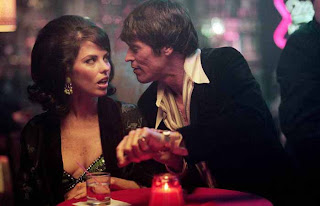 ...as evidenced here with Willem Dafoe's haircut and attire.
Now that's the end of the photos.
I thought I'd have some fun there. Did you have a laugh? I laughed.
As I wrote above, even though the movie is based on the book about the Murder Of Bob Crane, the movie itself centres more on the life and times of Bob Crane.
It gives very little insight into the how or why to Bob's murder. So if you're wanting to watch it for this reason you might be disappointed.
The movie does have a breast montage though. So you can't really be too angry now can you? :)
All up I would give the movie 9 out of 10 stars. Simply because some of the acting is a bit wooden.
How ironic.
As always, if this sounds like you're cup of tea give it a try.
If you liked it or hated it, please do feel free to let me know.
If you're interested, here's the movie trailer;
http://www.youtube.com/watch?v=w9jqevDoJ0c
If you wish to purchase the DVD you can do so here.
Auto Focus

If you wish to purchase the movie soundtrack you can do so here.
Auto Focus

If you wish to purchase the novel, The Murder Of Bob Crane, you can do so here.
Auto Focus: The Murder of Bob Crane

If there's a movie you want me to watch and review also, please do get in contact with me. This blog is as much about you as it is about me, so let's make the most of it.
What did you think of this review? Please comment, or email me directly at mgbouw@yahoo.com.au
Til next time....
Posted by Straight To DVD at 11:58 PM