I like actors like Randy Mulkey.
Randy has been in the business since the 1980's, and he keeps plugging away at his trade.
In that time he's appeared in shows like Star Trek: Deep Space Nine, ER, and CSI.
Randy had some very interesting things to say, of which I hope you enjoy reading.... 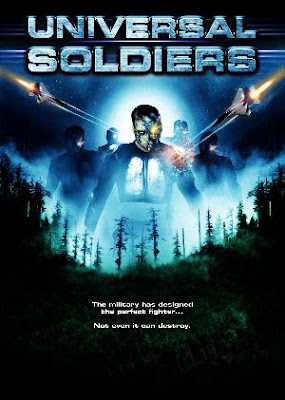 1. Please tell us about your involvement with Pensacola: Wings Of Gold.

I worked in all three seasons of Pensacola. Stu Segal Productions in San Diego was very busy at the time, and those of us willing to make the drive were re-cast multiple times in the same shows. Among Stu’s staples were Silk Stalkings, Invisible Man, 18 Wheels of Justice, Tremors, Veronica Mars and more.

In season one I was cast, along with “Future Weapons” host Richard Machowicz, as one of the “Men in Black;” the heavies for the episode. Mac, a 10-year Navy SEAL vet, was doing some acting at the time and he helped me get squared away on the military aspects of the role. We got to do a lot of flying in Stu’s choppers, strapped in with the doors open as we chased the good guys around. That’s one of the things I love about showbiz: all the fun with none of the basic training.

In the second season, I played Badger Wilson in the pilot episode. Badger, the squadron commander, flies his jet into a mountain, making way for James Brolin to move in as the new CO. I got to get strapped into a flight suit and mocked-up cockpit for that one, with tech support from a Navy pilot from the local squadron. It gave me a lot of respect for the job those guys do.

In the third season, I was a flight ops officer on an aircraft carrier working, ironically, with Jim Brolin, having paved the way for him with my “death” in season two. Jim was a lot of fun, carrying the lead in the show and his duties as producer with apparent ease. Throughout my career I’ve been cast in numerous “Guys in Uniform” roles. Somewhere my dad, Colonel Mulkey, is laughing. He’d always told me I could get a job if I’d “just cut that damn hair,” but I don’t think he meant acting jobs. 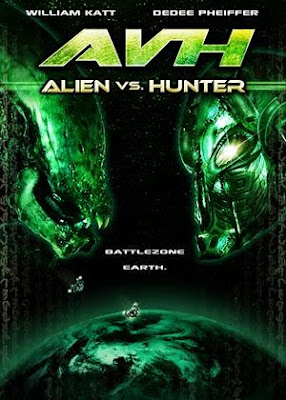 CSI and Cold Case were well-established staples by the time I worked them. I was “corpse of the week” on CSI; the one dialogue scene I had was cut. Good payday, tedious makeup. The artists who airbrush the “corpses” and create the face molds that get ripped off during the autopsy scenes are the Michaelangelos of the business.

On Cold Case I played an AIDS survivor and former party boy who’d fallen from grace. The episode was very well written and handled the subject matter with great sensitivity. I consider it my best work. I’d been working on “Angels in America” in class at the time, so much of the work on the one translated to the other.

On these types of established shows, preparation is crucial. You don’t want to be the guy who forces extra takes. Everybody there has been working together for years, and the onus is on you to hit the ground running, blend in with a cast who have been finishing each other’s sentences since season one and look good doing it.

3. How did NYPD: Blue differ from shows like CSI and Cold Case?

On NYPD: Blue I came in near the end of the show’s run. Characters like Andy Sipowicz were icons. As a “uniform,” or beat cop, I was working with Gordon Clapp and Henry Simmons, both unassuming, workaday guys. The whole extended family of the show went out of their way to make day players like me feel welcome. This was the attitude on most of the big shows, like Deep Space 9, that I worked on.

4. How did you get involved in the movie Blow?

I was put on tape for Blow, forgot all about it then months later was called in to meet director Ted Demme. I thought it was a callback, but he just wanted to meet me and welcome me aboard. His premature death was a great loss.

5. Were you familiar with George Jung’s story beforehand? 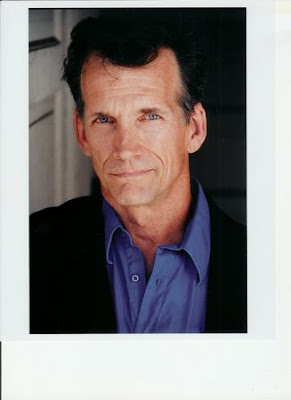 6. You’ve been involved in production with a criminal element (CSI, NYPD: Blue). What do you think is the fascination with crime stories?

I think it’s human nature to be fascinated with the kind of behaviour we’d never engage in ourselves, and with those who make it their mission to catch the bad guys. Crime stories often have clear-cut good guys and bad guys, and those tend to be very satisfying, dramatic stories. Sitcoms and kitchen-sink melodramas have their place, but real catharsis tends to come from the war between good and evil, the pathology from which it stems, and the heroism it takes to combat it.

7. I’d like to discuss the film, Universal Soldiers. Is it related to the Jean Claude Van Damme Univeral Soldier movies?

Only in that the Asylum used the big budget Van Damme series to piggyback their micro budget knock-off. They fulfil a niche in the market that is very loyal, blogging endlessly about the relative merits of B movies. Like Roger Corman, they have given a lot of young film makers their first jobs, setting them on the path to making their own films with their own vision.

I thank Randy for his time in doing this interview. I also thank him for his very frank, interesting responses. I hope you enjoyed reading this as much as I did interviewing Randy.
All the best.
Posted by Straight To DVD at 4:22 AM