Like many other people, my wife and I are fans of the TV show, Law & Order: Special Victims Unit. We've watched it for years.
So when I came upon the chance to interview Joel de la Fuente, who plays Ruben Morales on the show, I was literally jumping up and down.
In this interview I was amazed with his honesty, and marvelled at the passion he has for his work. Both on TV, film, and in theatre.
I hope you enjoy this interview with Joel de le Fuente. 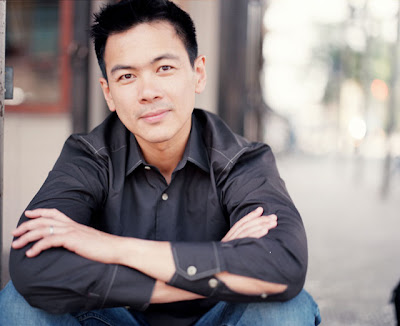 1. Space: Above And Beyond was a show before it’s time. What was it like to be a part of?

Thanks for saying that, Maarten. Working on “Space” was a wonderful experience for so many reasons. Here are two that leap to mind:
-We really felt like we were part of something special. None of us at the time had been a series regular on a television show before. We were all learning together, growing together, making mistakes together. Also, we got to know each other shooting in Australia for ten weeks, so we didn’t know anyone else. Like the Marines we portrayed, we were thrust together from various backgrounds. And we became close.
-I remember being 50 miles from Los Angeles in a desert somewhere at six in the morning covered in dirt, freezing cold, dressed in a modified jump suit with shoulder pads on, firing a machine gun yelling, “Get some!” And I thought to myself, “This is what you do when you’re six years old and start loving acting in the first place, and now I’m doing it for a living.”

2. You’ve built up a steady stream of work over the years. That must be extremely rewarding for you as an actor.

It’s funny. When enough years go by, someone like yourself can graciously choose to look back and see “a steady stream of work,” but at the time, it doesn’t always feel that way!
I feel grateful to wake up every morning knowing that I still pursue what I love doing. I feel extremely fortunate to work with amazing artists with amazing stories and abilities. I love that I can help tell stories that often are remarkable and will change the way a viewer thinks about her life and the world around her. When that doesn’t happen, it’s still fun to hang out with interesting people and have a beer together. 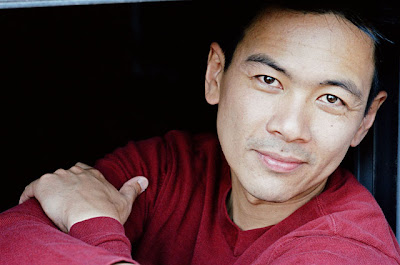 3. What has been your favourite role to date?

You know, this is a very difficult question to answer – not because I’ve necessarily played a plethora of amazing characters, but because we go into jobs so many times the same way any freelance worker goes into a job: we need to work and this next job is what’s going to provide sustenance for us and our families. But then we get there, and the adventure begins. I may have gone into this role not thinking too much about it, but that’s where I met so-and-so who taught me so much about so-and-so, so it becomes a favorite experience. Or this is where I was so terrified of having to do such-and-such, and I ended up learning so much about myself in doing it that that becomes a favorite. Not to be too arty-farty, but there’s always something that will crack my favorite list after a job.
I just finished working a Canon Trade Show. I’ve never done anything like this before. Essentially, I worked a booth at the Javitz Center in New York City playing a cinematographer for an imaginary television show for 11,000 professionals visiting the trade show, and I would give a seven page, single-spaced monologue about all the brand-new cameras Canon makes and why they are ideal for shooting film and television shows. I have never had to memorize anything this long, this obtuse, this difficult. And boring. To do so in order to deliver it to people who don’t really want to pay attention to you and just want to play with the equipment was terrifying, as well.
But it was amazing to have to learn what was essentially a foreign language in a short period of time. The people I was working with were all theatre artists and really nice people. The people working the trade show were amazing, too, and just wanting to create something that worked. The task was not interesting, the job was terrifying and potentially depressing, but when the week was over, meeting that challenge with those people was awesome. A great time. And I learned something about myself and sharpened a skill or two. It will live in my mind as a fond memory.
Okay, that said, here are a few roles that I just loved, period:
-Thavi Matola, “Personal Velocity,” Film: This may be the only time I can remember where I read a script, LOVED it, LOVED the role I was reading for, and got the chance to do it. I haven’t had a chance to play too many interesting characters in film, but this is one, and I’m proud of it.
-Valentine, “The Two Gentlemen of Verona,” Play: I have long admired the New York Shakespeare Festival (otherwise known as “Shakespeare in the Park”), because growing up, all my favorite actors “cut their teeth” here: Meryl Streep, Raul Julia, Kevin Kline, and a gazillion more all worked here as younger actors (and again, later, as stars, but that’s a different story). To play this role and in this venue right after graduating from acting school was terrifying, but also showed me that I could work as a professional actor. A dream come true.

4. Please tell us a bit about what it’s like to work on Law & Order: Special Victims Unit.

Unlike “Space” that was a brand new show with unknown actors, L&O: SVU has been a hit show from the day I started working on it ten years ago with a company of actors that are all “stars.” There is a strong sense of what works and what does not, and the shows works like a well-oiled machine. There is great comfort that comes when you know exactly what you need to do to make a scene work and when you know that people will watch it not just today, but next season, too.It’s a real pleasure to work with all the folks there, and I am grateful to have had a small part in such an enduring franchise. 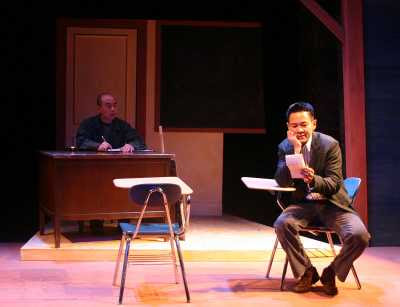 5. What would be a dream role for you?

Over the last few years, I have begun focusing more on creating my own work – either by collaborating with people I have worked with in the past on new projects and more recently by trying to write my own material. I think the more we, as artists, can exercise a level of control over our uncertain lives, we have a greater chance to actualize a “dream.” We can, to a certain degree, make it happen.

I recently finished work on a film called, “Brief Reunion” which was shot entirely on location on the New Hampshire/Vermont border. If not for this question, I would have listed “Brief Reunion” under my “favorite roles to date.” I play a guy named Aaron, who accepts an old acquaintance’s friend request on a Facebook-like site despite his friends’ warnings, with terrible consequences. There is currently a website under construction http://www.briefreunion.com/ and a more developed page on Facebook http://www.facebook.com/pages/Brief-Reunion/117582874956291?ref=ts.
I am also scheduled to appear in a Caryl Churchill play, “A Number” to be done in 2011 in New York City. In it, I portray three different characters – a man and two cloned versions of the man.
Finally, I am in a film called, “The Adjustment Bureau” starring Matt Damon and Emily Blunt, which is scheduled to open next March.
If all goes well, you will also see me in this season of SVU! Please check my website http://www.joeldelafuente.com/ for all updates.

7. Is there an event or charity you would like to bring to my readers’ attention?

An excellent question, which I appreciate. Thank you.
Although this event has recently ended, the opportunity to contribute has not.
“The Big Walk” is an event that was sponsored by the alumni association of my alma
mater, the Graduate Acting Program at NYU (the Grad Acting Alumni Association). A fellow alumnus, Victor Williams (who you may recognize from the series, “The King of Queens”) walked from Ohio to New York City to honor a classmate who died of breast cancer and to help raise money to create a scholarship in her name. You can find more information – including the option to give – at the following website: http://gradactingalumni.org/blogs/?page_id=1547 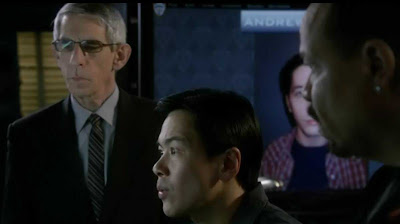 I want to thank Joel for his time with this interview. Again, I was amazed. He's certainly a great guy to interview!

What did you think of this interview?
Please comment, or email me directly at mgbouw@yahoo.com.au
Until next time!
Posted by Straight To DVD at 2:30 AM