I would like to introduce you to a genuinely nice actress.
That is, of course, unless you already know of her. I'm talking about Erica Shaffer.

My reasons for stating Erica's nice aren't just to blow smoke. It's for this reason;
I conducted the interview below via email, however for some reason the interview responses failed to come back to my inbox.
Erica sent me, in the post, a copy of the interview, along with a handwritten note explaining the problem, as well as a personalised autographed photo.
Neat, hey?

I hope you enjoy my interview with Erica Shaffer. 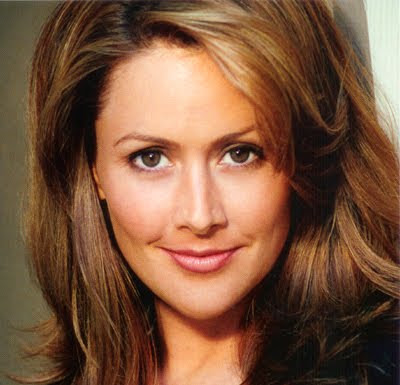 1. You've worked on some of TV's biggest hits. That must be a big kick for you as an actor.

Yes it is fun! I have been a working actress in Los Angeles for a long time and have worked with so many incredible people. Every show has it's own unique quality. I often run into the same crew member on different shows. The crew is the reason we "look good."

2. What was it like on the set of The New Adventures Of Old Christine?

Lots of fun! Julia Louis Dreyfus is wonderful. She is very supportive and a wondering inspiration to be around.

3. What do you prefer, comedy or drama?

I used get cast in dramas. So I would have to say that I lean towards drama. Comedy is a lot of fun and I really enjoy it. I am currently shooting a comedy (film) with Dane Cook. The film is called Detention, written and directed by Joseph Kahn. 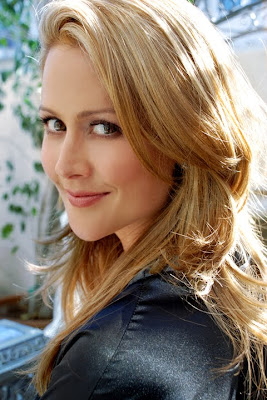 4. Are live studio audiences daunting for you as an actor?

Yes it is daunting. The energy is just like doing theatre. I grew up doing theatre so when I work on a sitcom I really enjoy the immediate response of a live audience. It's always a wild and crazy energy on a sitcom sound stage!

5. May I say, you look like Patricia Heaton (Everyone Loves Raymond). Have you had people approach you in this regard?

Yes I do get that all the time. I am often told that I look like Julianne Moore too. When people meet me in person however they don't think I am either of those women but they so tell me that I resemble both of them. I am flattered by the references. They are both powerful actresses!!! 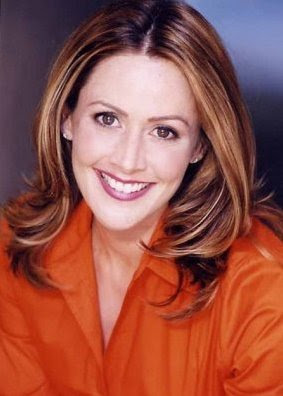 6. What would be a dream role for you?

7. Is there a charity or event you would like to bring to my readers' attention?

I support the American Society for the Prevention of Cruelty to Animals (ASPCA). I think it's very important that people adopt animals... Please don't buy them. Buying pets supports puppy and kitty mills. There are so many wonderful animals, in shelters, who need loving homes.


I want to thank Erica very much for all her time and effort in getting this interview to fruition. I highly recommend you check out Erica's website at www.ericashaffer.com/

Until next time, let me know what you think of this interview...
Posted by Straight To DVD at 2:52 AM