Two nerdish boys attempt to create the perfect woman, but she turns out to be more than that.

Directed by John Hughes in 1985, this has to be one of my favourite movies by him. Well, this and Uncle Buck.

I was 5 when this came out and I probably should've have been watching it, despite being a John Hughes movie. For it's time it was pretty sexually explicit. 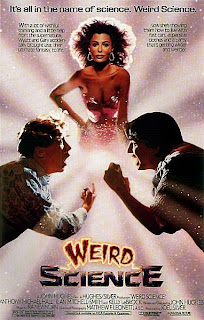 This movie pays homage to EC Comics, which was a comic book company specialising in retro science fiction stories.

If you ever come across any EC Comics material have a read. They're fun! Honest! :) 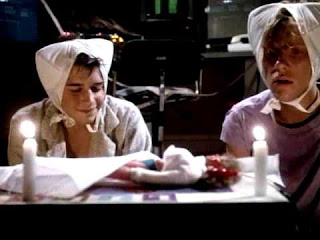 Here we have Wyatt (Ilan Mitchell-Smith) and Gary (Anthony Michael Hall) in the middle of the procedure to create the perfect artificial woman, Lisa.
It's a Saturday night, they have the house to themselves and no other plans, so why not create a woman?

It makes sense to me!

I really dig this scene because the technology is so dated now, but that's what makes it so great.

And also because after all their hard work Lisa (Kelly LeBrock) steps out of the ensuite. 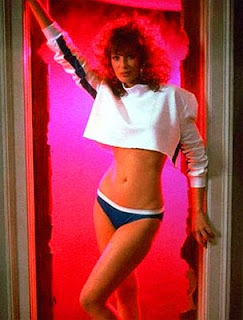 For a better look, here we go again.
Honestly, if I was wearing a bow-tie whilst watching this it'd be twirling like crazy right now!

Kelly LeBrock certainly was hot in the 80's, hey?
Two years after the release of this movie she married Stephen Seagal. A man who made a career of pushing people over. She gave birth to three children, over two marriages (I'm not sure when each child was born so don't quote me). 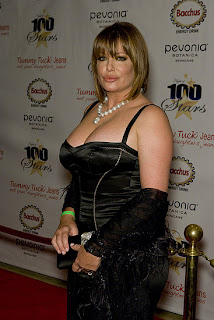 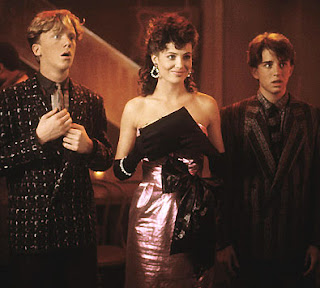 The plot of the movie is that whilst Lisa was there to satisfy the needs of Gary and Wyatt, ultimately she was there to show them they could be the men they were always meant to be.
Thankfully John Hughes direction prevented this from becoming an after-school special. 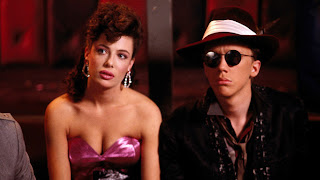 Out of the three main stars Anthony Michael Hall was the only one to stay in the industry.
Kelly LeBrock took a leave of absence from acting.
Ilan Mitchell-Smith retired from acting and earned a Bachelor of Arts degree in Medieval Studios from UC Davies. He then earned a Masters of Arts degree from Fordham University. He also received a PhD from from Texas A&M.
He is now married, working as an Assistant Professor of English at California State University.
WOW! Way to go Wyatt!
I should also mention that Robert Downey Jr makes an appearance in this movie, and you need to see him just to see the fashion. Those socks. I still laugh to this day. 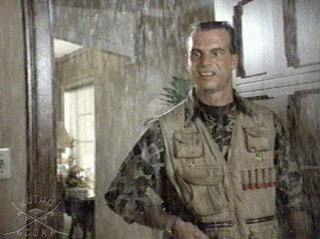 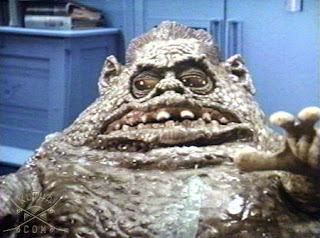 Until Lisa turned him into a farting, blotted monster. 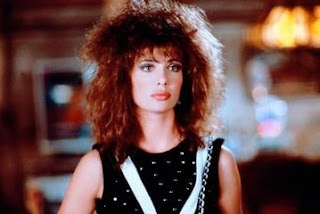 Now being an 80's film I couldn't go past this image and not show you.
Check out that hair!
Only Kelly LeBrock could have that hair and still look Hot AS even today.
I believe based purely on the sex-appeal of Kelly LeBrock this movie was a moderate success at the box office. It certainly did wonders for Anthony Michael Hall's career. 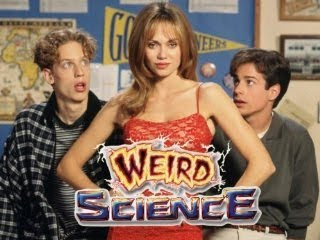 The show wasn't all that bad, to be honest.

http://www.youtube.com/watch?v=zOHo5BoIXOA
If you wish to purchase this movie on DVD please do so here.
Weird Science (High School Reunion Collection)

To finish up I'll give this movie a 5 out of 10.
It's a fun film, yet not something I would watch more than once a year.
It's great for looking back on the 80's in all their glory, so I highly recommend you track it down.
What did you think of this review? Please comment, or email me directly at mgbouw@yahoo.com.au
Posted by Straight To DVD at 12:36 AM