Here we have the reason the internet was created in the first place; to let you know what some nerd thinks about Star Trek.

Personally I think it's one of the better Star Trek movies. I invite you to disagree with me though. :) 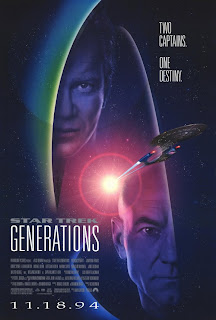 I like the style of this poster. As a casual fan of Star Trek it tells me everything I need to know about the movie. Picard (my generation's Star Trek Captain) is there, as well as Kirk. You know they're going to team-up, and you can tell it's going to be good.

I should also mention that much like the Bond movies, Doctor Who, and to a lesser extent the Jack Ryan movies, I find it interesting that different actors can play the same role.
Sure, Picard and Kirk are different characters, but their both Captains of Star Fleet. I find it fascinating that their differences are what make them more alike. 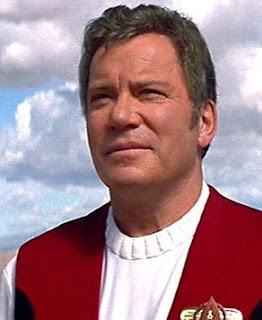 Here's William Shatner in his last on-screen venture as Captain Kirk. At the time of the film's release Star Trek fans were clamouring to see Shatner back as Kirk. I'm pretty sure Shatner loved being back as Kirk also.
I think Shatner did a great job, and I think all the fans were just loving it. 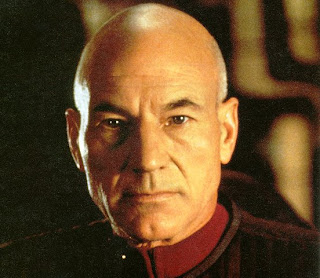 There's a lot of online debate about whom is the better Captain. Kirk or Picard.
Here is Jean-Luc Picard (Patrick Stewart), fresh off the set of Star Trek: The Next Generation.


Whilst Kirk was more of an action-orientated Captain, Picard was more analytically, methodical, and a smart strategist.
So the argument is pretty much apples and oranges.
Personally neither is my favourite Star Trek Captain, but we'll save that for later on shall we? 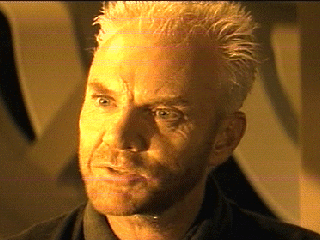 Here we have Malcolm McDowell (A Clockwork Orange, Tank Girl, Cyborg 3: The Recycler) as desperado Dr Tolian Soran. Hellbent on shaping the universe in order to return to a space matrix (or energy ribbon if you will).

I found of particular interest the scene in which the theory and quantum physics are explained in order to move an energy ribbon. I was 14 at the time so my natural curiosity into the unknown was at it's peak. No wonder I enjoyed this movie!

Here we have Soran every so close to fulfilling his mad dream (at the expense to the universe no less). 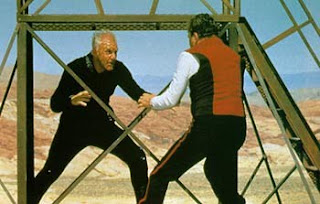 SPOILER ALERT
(The movie's been out for 16 years now, so if you really require a spoiler alert I feel sorry for you. You should've seen this movie by now!)
Here we have Kirk facing off against Soran in what turns out to be Kirk's death scene.
Paramount spent an additional $5 million US on reshooting Kirk's death scene. Supposedly fans didn't take kindly to Kirk's original death; being shot in the back by Dr. Soran.
Word is Malcolm McDowell received death threats from angry Star Trek fans over the death of Kirk. Personally I think if you're mad enough to send Malcolm McDowell death threats then you have some pretty big balls. 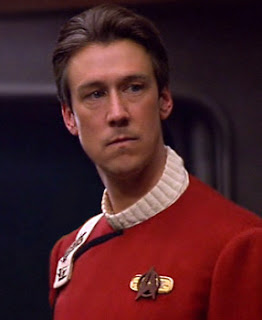 And now here we come to Captain John Harriman (Alan Ruck), my favourite Star Trek Captain of this movie.
The reason being that Captain Harriman is striving and eager to lead his crew into the future, after so much time has been spent in Kirk's shadow.
Also I think it's great that the sleazeball Stuart from Spin City has made it all the way to Captain of Star Fleet. It just goes to show that no matter how filthy and degenerated you are, you can still rise to the top of your profession.
Brilliant.
Here's the movie trailer;
http://www.youtube.com/watch?v=mfBbpyiK7ds
To buy the DVD, please click here
Star Trek - Generations (Two-Disc Special Collector's Edition)

I'm giving this film 7 out of 10 only because subsequent Star Trek movies weren't nearly as good.
Also in 2009 the eleventh Star Trek movie was released, and it blew me away.
As for who is my favourite Star Trek Captain. That'd have to be Captain Pike. So like it or lump it! :)
What did you think of this review? Please comment, or email me directly at mgbouw@yahoo.com.au
Posted by Straight To DVD at 2:54 AM