You guys know I love providing Star Wars-related interviews, yeah?
The bigger the character, the more kick I get out of it.
Now, for me you can't get much bigger than the voice of Padme Amidala from Star Wars: The Clone Wars.
It is my very great honour to bring to you my interview with Catherine Taber. 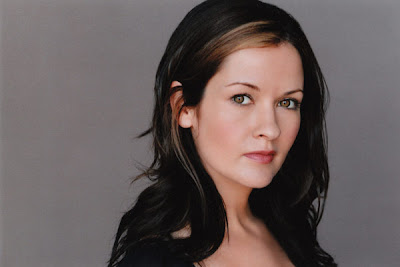 1. How would you compare voice acting to your on camera film work?

I actually approach them the same way. Its more about the particular genre for me than whether it is voice or on camera. Whether its Sci Fi, Comedy, drama is where the differences come in, my performance is otherwise really the same. And now with motion capture and the other technologies coming in to play, the two are blending together even more.

2. Do you enjoy voicing Padme Amidala in Star Wars: The Clone Wars?

I am a BIG Star Wars fan, so I was thrilled to get the opportunity to play any part in the Star Wars Universe, but Padme is especially meaningful to me because I just love the character so much! She is regal and feminine, but also can be tough and very strong. And she has a real integrity and purity to her that I love!

3. What can you tell us regarding that experience and the overall experienceworking with Lucasfilm?

Many people working for LucasFilm are big Star Wars fans, so you meet and work with other folks who really love what we do, and who feel a real responsibility to the fans. Also, George Lucas can and does hire the best of the best - the most amazing artists, designers, animators, sound people, directors and producers. So I am always amazed that I get to work with the level of talent I do. And truthfully, I think we all feel like we are some of the luckiest folks on Earth to have such cool jobs! 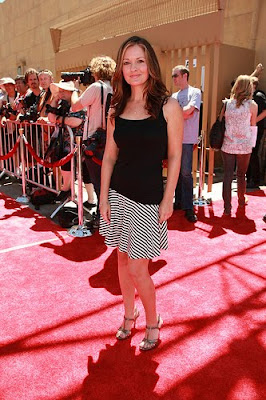 4. If you don't mind my saying, you're quite attractive. What has the fan response been like at Star Wars and comic conventions?

No I don't mind and Thank you! Conventions have been just wonderful. Star Wars fans are the best fans in the world and I really enjoy getting to meet them. And it means a lot to me to get to hear how much they are enjoying our work!

5. I've read that you are a huge fan of science fiction. What is it thatdraws to to the genre and has it always been that way?

I think that the theme of good verses evil that permeates much of sci fi and fantasy is what draws me in. I just love stories where people must rise above their own fears and fight for something bigger than themselves. And I am fascinated by exploration, adventure and "other worlds" - whether they are in space or faraway lands such as "middle earth". And maybe it is the Irish in me, but I just love all things magical...especially elves!

6. Many people don't realize it, but when they sit down to play theirfavorite video games, from Star Wars to Avatar to Final Fantasy, X-Men, andeven the new Metal Gear, you are the voice of so many popular characters. How would you describe your experience working in the video game world anddo your film/TV fans ever mention that they recognized you in a video game?

Absolutely! A lot of people contend that in the last several years video games have started to generate more money than movies and television combined. My fans generally know me from Star Wars AND my games. The games are often their first experience with my work. I really love video games and have had amazing opportunities to really stretch as an actress in doing them. I often have huge scripts and dramatic story arcs that I get to play with...much meatier roles than you would normally have a chance to dive into in TV and movies.

7. People refer to you as the "Geek Goddess". How did this start and how do
you feel about it?

I am quite happy to be the Geek Goddess! I guess, as you can tell, many of the things I am drawn to have been classically considered "geeky" - sci fi and fantasy, you know. I think Sci Fans are often the smartest, coolest and most creative people around, so I am more than happy to be a part of that world. I not sure where the Goddess part comes from, but hey, I will gladly take it! 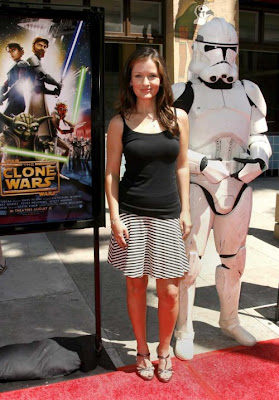 8. Just Like Heaven was a surprisingly good movie, and much different fromthe roles you are better known for. Did you enjoy your time on set and howmight you describe that experience?

Actually, when you look closely Just Like Heaven has a science fiction/fantasy thread running through it as well, so its not really as far off as you might think! I had a great time working on that film, Mark Waters the director is such a fun guy, it was a VERY happy set. And I enjoyed getting to work with Reese Witherspoon, she is one of the best actresses of my generation for sure and just a true professional.

Well, I just finished a really cool short film, where I played a rookie lawyer who is not exactly what she seems. And Metal Gear Peace Walker just came out, which is super exciting. What another amazing franchise to be a part of! Kojima is... well...he's a god (I am winking here for all the Metal Gear gamers out there!). Right now, I am gearing up for some summer travel starting with Comic Con International next month in San Diego and then Celebration V in Orlando. And I am really looking forward to Season 3 of the Clone Wars this fall! It is a pretty busy few months coming up...I hope the Force is with me!

I hope it is too, Cat.
Thank you very much for taking the time for this interview.
Please check out Cat's website at http://www.catherinetaber.com/ it's awesome.

What did you think of this interview? Please comment, or email me directly at mgbouw@yahoo.com.au
Until next time!
Posted by Straight To DVD at 3:56 AM